Why BJP Needs To Have A Face For Uttar Pradesh Elections 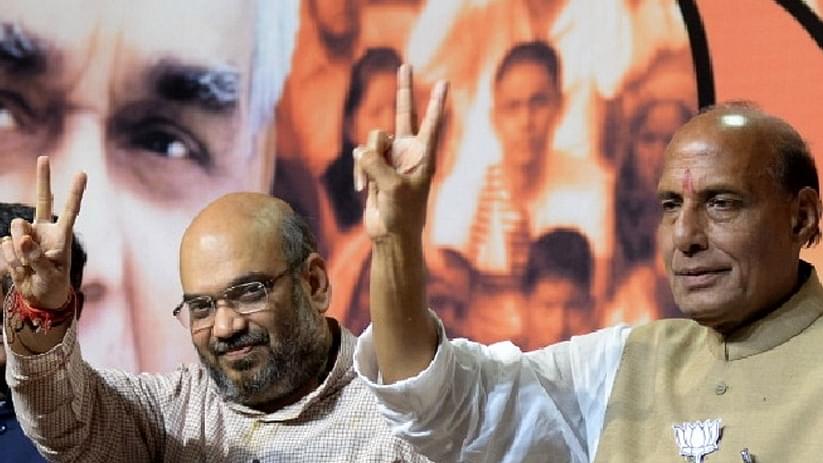 BJP’s National President Amit Shah recently pumped up booth level workers at Kanpur and elsewhere in Uttar Pradesh and gave the slogan that ‘win booth, win elections’. But such slogans and micro-management of electoral strategies may not be sufficient to replicate BJP’s 2014 Lok Sabha (LS) performance in the state. The party must declare its chief ministerial candidate.

Second, the era of faceless elections is over and the credit for that goes to the BJP. In 2014 LS elections, Narendra Modi conducted BJP’s election campaign almost single handedly. He, in fact, converted the campaign into a presidential battle on the US model; created his opponent in Congress vice-president Rahul Gandhi, and decisively defeated him in oratory and on issues.

Since then, most important elections in states that the BJP has won or lost hovered around the same model. In Delhi it was Arvind Kejriwal versus Kiran Bedi-Modi, in Bihar it was Nitish versus Modi and in Assam it was Tarun Gagoi versus Sarbanand Sonowal.

Obviously, after refusing to project state level BJP leaders as CM faces in Delhi and Bihar and facing embarrassing electoral routs, BJP became a little wiser and projected a clear face in Assam with stunning results in its favour. That was a signal for the party to rectify its strategy of not projecting a CM face in UP and other states where assembly elections are round the corner.

In this backdrop, one expects that the BJP would project a face for CM in Uttar Pradesh. BJP has an onerous task of replicating its LS performance. Also, its main rivals, the SP and BSP, have clear leadership faces in Akhilesh Yadav and Mayawati.

Whatever it might say, the reality of electoral politics, where caste still may be an important factor, made BJP ambivalent of taking a quick and clear decision on leadership issue.

However, the party seems to be following a pragmatic strategy in the backdrop of sabka saath, sabka vikas, indicating its inclusive approach to politics. The party has deftly handled the OBCs, who constitute the strongest social denomination in the state(roughly 40 to 50 percent). The party selected as its state president, Keshav Prasad Maurya, who not only comes from the OBCs, but from its most dominant segment—the most backward category.

The party is also targeting the Dalits, who are about 21 percent of UP’s population. They voted massively for BJP during the 2014 LS elections. BJP is trying to portray Mayawati as a betrayer of Dalit cause, for the lust of Muslim votes. They argue that Mayawati spoke for Rohith Vemula of Hyderabad University and sent a team of her MPs, but when Gaurav Khatik in Hathras and Arun Mahaur in Agra, were killed, allegedly by Muslims, she did not bother about them.

To further confirm its commitment to Dalits, the BJP even expelled its Mahila Morcha state president in UP Madhu Mishra who reportedly had made an objectionable remark against Dalits.

In expanding its reach, the BJP has gone to replicate Mayawati’s social engineering formula of 2007. The party held a Brahmin sammellan at Aligarh in April and plans a few more. Thus, the caste calculus of Amit Shah points to a very shrewd attention to all the castes - OBCS, Dalits and Brahmins. While that goes well with the inclusive approach, it also points to a pragmatism that is needed to win elections in a caste-ridden state.

But, is the BJP contemplating a face for the chief minister in UP? That is a very crucial question that everybody is asking, especially after party’s huge success in Assam. Out of some names doing the rounds, the most important ones are of two Central Ministers Rajnath Singh and Smriti Irani.

Both are now rooted in UP, Rajnath in his own right and Smriti for having zeroed down on Amethi as her parliamentary constituency. Rajnath has been CM of UP (Oct 2000-March 2002) and, now, holds number two position in the Modi Cabinet.

Smriti has been controversial in her present job as she tried to create some space for Right scholars in the academic world annoying the Left intellectuals. She is definitely a better orator and women of ideas as compared to Rajnath, who is seen primarily as a leader with rural support base.

What would suit Modi? If Smriti is sent to UP, BJP’s victory chances are fifty-fifty as she does not fit into caste calculus of the state. And, now, time has run out for her to establish a rapport with the people, should she be anointed the chief ministerial candidate.

About the other option. What if Rajnath is sent back to UP? One would think that sending Rajnath would be a smart move on several counts. One, it may give an extra handle to BJP caste-wise by alluring Thakurs to its side; two, Rajnath is a pucca UP-wallah and has inside experience of the politics and government of the state; three, the move may be very crucial for Modi from power-politics angle within the party to do away with the ‘second-man’ in his cabinet and assume uncontested leadership position.

Finally, it would create a space for Amit Shah. He can step in and assume the responsibilities of the Home Ministry, a reward for his hard-work and a risk-free number two position in the Cabinet. The very fact that the BJP has decided to put Rajnath on all the party hoardings and posters in UP is a pointer to its preference.