Why Is The RSS Unhappy With The UP Government? 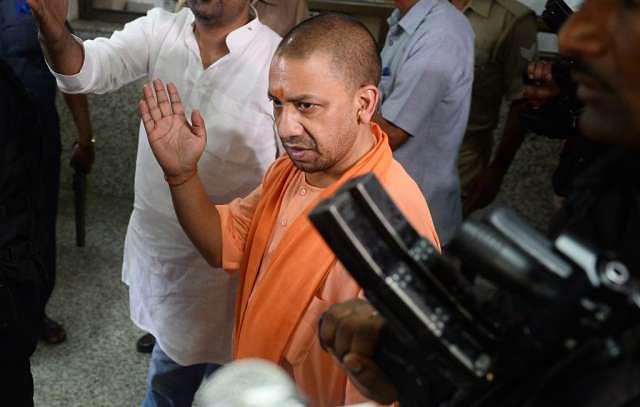 To take stock of the preparedness for the 2019 Lok Sabha elections, the Rashtriya Swayamsevak Sangh (RSS) recently sent a team to Lucknow led by Sah Karyvaah Dattatreya Hosbole. He did some plain speaking with those in government and the party organisation telling them to pull up their socks.

Sources said that at the end of the two-day stock taking, Hosbole voiced his dissatisfaction with the lack of proper coordination between the government and the party organisation and within the government.

The meeting between the RSS, government and state party leaders was attended by Hosbole, joint general secretary Krishna Gopal and Shivprakash, the national deputy general-secretary of the Sangh who looks after co-ordination between the party and the government. The party was represented by state unit chief Mahendra Nath Pandey and general secretary of the organisation, Sunil Bansal. Yogi Adityanath and Maurya, besides others, represented the government.

The Sangh leaders were learnt to have expressed their unhappiness over the sloppy work being done in the education sector. In the opinion of the RSS leaders by merely opening English medium schools, the government cannot bring about qualitative change in the standard of education. They felt that the parameters and values set by the Sangh were not visible in the changes in the education sector.

Although the announcement for setting up 5,000 English-medium government primary schools in the state was made by Anupama Jaiswal, the Minister of State for Basic Education, on 7 October this year, she would not have taken a policy decision without the concurrence of the Chief Minister.

Jaiswal, in whose opinion there was a huge demand for English-medium schools, was reported to have said, “We thought, why not have government-run English medium schools to cater to the demand”?

The RSS bosses, it is learnt, were also upset over the government’s policy of re-employing retired officials when there were competent young hands available. They voiced the concern that the government’s decision would put off youth and prove costly for the party in 2019.

The party organisation was pulled up for inaction during the last 10 months and in a veiled criticism of Sunil Bansal, they are understood to have said that interference by some senior leaders in government’s functioning had increased.

There was another prickly issue for the RSS leaders to address – differences between Chief Minister Yogi Adityanath and Deputy Chief Minister Keshav Prasad Maurya. This was the second time in less than a year that the RSS had to try and broker peace between Adityanath and Maurya. The two have been at loggerheads from the day the Gorakhnath temple’s head priest was chosen over the latter to head the state.

A Bharatiya Janata Party (BJP) spokesman confirmed that Hosbole counselled both Yogi and Maurya to sink their differences. Asked if it was true that Hosbole played peacemaker between the two, the spokesman said, “Jee haan”.

Another area of worry for the RSS was the party not reaching out to the Most Backward Class and Dalits who were feeling alienated. Their enthusiasm for the party was gradually waning as they have not been adequately rewarded. The RSS leaders are learnt to have emphasised on winning over these caste groups which played an important part in the BJP’s 2014 and 2017 election victories in the state.

The RSS, sources said, will hold another review meeting to see if party leaders and the government were together doing enough to retain the 73 seats BJP won from Uttar Pradesh in 2014.

The BJP president Amit Shah won’t be pleased with the mere retention of 73 seats as he has Mission 80, or Mission 2019, in mind for UP. In other words, the party would not want the Opposition to win even a single seat from the state. To achieve its ambitious goal, it fielded and ensured the victory of Ram Nath Kovind, a Dalit as President. In 2014 it was Sonia Gandhi, Rahul Gandhi and the five members of Mulayam Singh Yadav’s clan who thwarted a clean sweep by the BJP.

Although Congress is upbeat after its Gujarat performance and is optimistic of improving its tally in UP, it does not have Jignesh Mevani and Hardik Patel to bolster its chances here. Even Akhilesh Yadav seems a bit lost in the woods to be able to put a spoke in BJP’s wheels.

So all that the BJP has to do is to get its caste arithmetic right once again and put its house in order to accomplish its Mission 80 for UP.