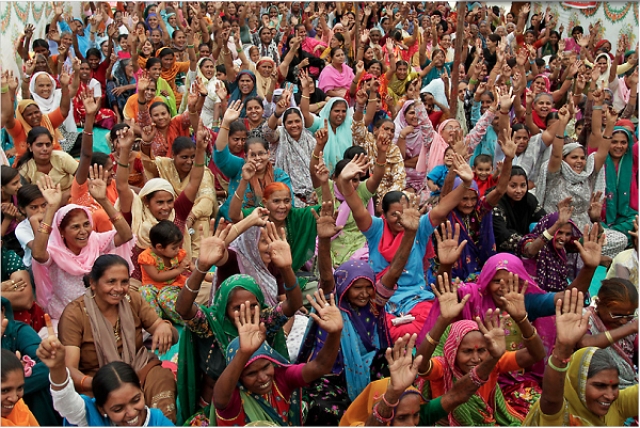 Ackerly declares that the fundamental problem with deliberative democracy is that it is a matter of a group of intellectuals prescribing the structure of social institutions. Prescription does not ensure its fulfillment, Ackerly remarks, and therefore, a method in which activists, whether they call themselves feminists or not, have personal experiences from different perspectives and cultures to inform them in their actions against inequality complement deliberative democracy. In the methodology Ackerly etches out, she declares that it is important for each critic’s voice to be heard since each individual has a different perspective to contribute. There cannot be one theory for Ackerly because she believes that cultural contextualization will render meaningless global theories of social criticism and activism. Therefore, it is vital that critics are closely acquainted with the local customs they seek to reform. Ackerly believes that it is critical “to be a part of a community which has the capability of self-determination regarding values, practices, and norms that are consistent with . . . those of other societies.”

Ackerly acknowledges that this position can deteriorate into chaotic relativism. Although different perspectives are important, not all perspectives are valid. Ackerly’s answer to this conundrum is that through an open debate, a deliberative democracy can be ensured, and with ideas from esoteric theory contending with and complementing experiential knowledge, a fuller democracy can be enjoyed. This again attacks the notion of a universalist notion of female solidarity, which Ackerly doesn’t seem to mind. Groups like SEWA, WLUML, and DAWN, Ackerly notes have contributed to feminist social criticism without appealing to such notions. It seems that Ackerly’s commentary is that any step in the right direction is valid, whether it can be applicable universally or not. In fact, Ackerly specifically speaks out against essentialist arguments, particularly Nussbaum’s. Ackerly finds essentialist arguments problematic because in a constantly fragmenting world, continuities are constantly being revealed as false. What is applicable to one society at one time need not hold to be true for another, or even the same society at a different time.

Ackerly argues that three questions can be used to determine to what extent a social critique is successful in reforming communities: 1. Do the people of the society deliberate inclusively, collectively, and without use of coercion about the values, practices, and norms that affect their lives? 2. Are inequalities exploitable to the detriment of the less powerful? and 3. How does the life each person leads compare with the life a human being should be capable of living? This is the method by which Third World feminist social critics evaluate their work.

Ackerly’s theory points social critics in a new direction. However, what Ackerly seems to not consider is that local activists constantly fall back on larger structures that are sometimes based on universalist assumptions. For example, the United Nations, as well as many NGOs, have specific programs which activists can apply to for support, either financial, knowledge set, or experiential. Ackerly would probably point out that these programs are usually localized to meet needs, but the presumption they work on, even something as broad as “human rights” is universal. Thus, Ackerly’s armies of local expert activists also subscribe to these notions even though their methodology leaves little time for them to ponder their implications. Eventually, local systems must come together at regional and global levels to function optimally. The free flow of ideas and experience allows activists to adapt their methods for different regions.

Finally and most importantly, Ackerly conflates theorist with activist, or critic with activist. It does not fall in the purview of all to be social activists, and some prefer to theorise from others’ experiences. Ackerly seems to argue that social criticism cannot exist without activism. This is a high standard for social criticism and political theory. Perhaps what Ackerly means to argue is that social theorists should acquaint themselves with local knowledge thoroughly before assembling a response to social ills. This way, Ackerly’s demand for local expertise is met, as is the theorist’s desire to remain global and contemplate on a comparative level notions of equality, exploitation, and human/women’s rights.