A Whole Bunch Of Black Swans: ISRO Is About Engineering And Engineering Is About Complexities Of The Real World 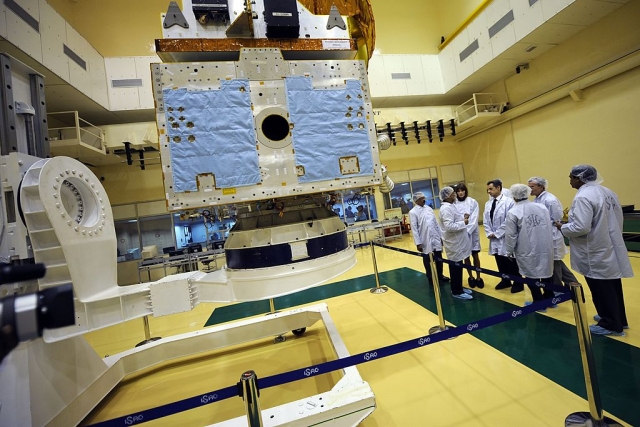 In a way, ISRO is a victim of its own success. We have simply forgotten the (few) launches that went awry, and we have gotten used to ISRO performing miracles every time: perfect missions, costing a fraction of what NASA missions do.

And we have forgotten spectacular disasters from NASA with the Challenger blowing up, all astronauts lost.

By the very laws of probability, it is not possible to win 100 per cent of the time, any more than you can get 100 heads in a row if you toss a coin 100 times.

Besides, ISRO is about engineering. Engineers deal with concrete things, and all the complexities and unpredictability of the real world. That's why engineers are notorious for the SWAG (Scientific Wild Ass Guess) factor --- the margin of error --- they put into all their calculations to reduce risk.

There's simply a whole bunch of Black Swan events that they only have a vague idea about. And engineering is full of experimentation. Almost nothing ever works the way it is supposed to.

I was watching a video about Google X, their secretive special projects lab; they emphasized the fact that everything that could go wrong usually did go wrong, and usually at the most awkward moment. There is no choice but to try, try and try again.

You remember the old story of Robert Bruce and the spiders. Thomas Edison, in his pursuit of the electric bulb, is reputed to have tried over a thousand materials for the filament, including a hair from the beard of a visitor to his lab, before hitting on something that worked.

Innovation is hard. And it's often heartbreakingly so.

In the Google video there were scenes of young engineers sitting holding their heads in their hands, the very picture of dejection. That's because, as Nassim Nicholas Taleb might say, they have 'skin in the game'.

They care, because it's their passion, not just a 9-to-5 job. No wonder ISRO Chief, K. Sivan broke down. The video of the PM comforting him will be a lasting image of both triumph and tragedy.

To dismiss it, as professional Modiphobes have done, as maudlin sentimentality, is grossly unfair, although it is true that Indians are a trifle emotional.

ISRO has been successful partly because they are not trying to do 'science', i.e., discover or invent entirely new things, but do 'engineering', i.e., make things work well or better. This distinction is often lost on Indians, especially as everybody at ISRO is called a ‘scientist’.

It is one of the axioms of engineering that you learn from your mistakes and even more so from the mistakes of others. As in other professions, for e.g. medicine, you win some, you lose some. Any surgeon who is 100 per cent successful is either God, or he's lying.

All this is small comfort for the mission staff who are devastated at the moment. But they will live to fight another day. And the orbiter will run for a year. I also think there's a slim chance that the Lander may yet respond, and I just heard that ISRO has located Vikram.

Maybe it was not so hard a landing and maybe the rover will yet do its thing.

However, there were commentators, generally from the ancient regime, or communists, gloating that India had failed. These 'Urban Naxals' and 'Gandhians with Guns' deserve exile, or worse.

One of their fellow travelers (a Humanities type, totally innocent of engineering), inexplicably, is an ISRO chair visiting professor at a prestigious university.

I was reminded of similar caviling about P V Sindhu by some journos.

She showed them, didn't she?!

Also read: Chandrayaan-2: Lessons From One South Pole Race For Another