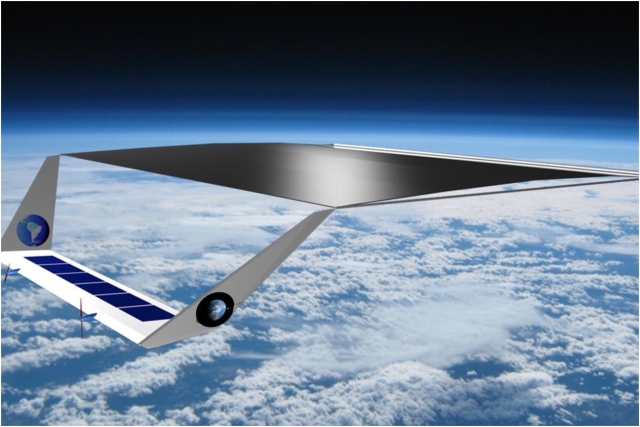 The industrialised former colonisers are facing economic competition from the former colonies. The latest in a long series of global movements demands reduction of carbon emissions.

This happens to target nations with coal-fired economies and poor people with wood-fired cooking.

This is said to be the only way to save humanity from exponentially rising global temperature leading to droughts, famine, extreme storms and rising seas that will inundate commercial centres.

There is no question that Earth’s climate is warming, and that average sea level has been rising recently. Carbon dioxide (CO2) and other green house gases (GHG), which comprise less than 1 per cent of the atmosphere, absorb infrared radiation (IR, wavelength larger than 700 nanometers ) that might otherwise pass into space. Oxygen and nitrogen are transparent to IR.

Some 42 per cent of the solar spectrum is IR. So is much waste heat emitted from industry and society. GHGs absorb some of it, retaining more heat in the atmosphere.

Reducing GHG would reduce heat retention. Nature does it using trees that love CO2. With water and sunshine, they convert carbon to food. And release the oxygen.

But trees take 20 or more years to grow, and that is too long for us to wait. So wealthy nations and important people are exhorting us to “sequester” carbon, burying liquefied or solidified CO2 deep underground for 100 years, and such other enormously expensive solutions. And cut CO2 emissions by shutting down coal-fired plants and banning burning of wood.

India imports most of her petroleum already. But coal is plentiful, and so Indian energy strategy depends on using coal. However, Indian initiatives are ambitious and will indeed go a long way to slash GHG emissions.

Switching from wood to gas-fired kitchens cuts eye and lung disease, and all those free gas-tanks provided by the government open the door to switch to domestic biogas. Sewage biomethanation cleans up groundwater. Planting a billion trees, is progressing.

The 2020 pandemic suddenly forced reverse migration from crowded cities: may this lead to a permanent development of modern, clean, sustainable productivity from every village.

Growing plankton in the ocean is an interesting solution. And as Jules Verne’s Captain Nemo explained, saltwater seaweed is excellent food. I came to appreciate it as the only alternative to beef hash on a 14-hour Korean Airlines flight. Hunger helped, but with their hot sauce it was delicious. Healthy too.

Reducing consumption of cattle meat would itself slash the large methane emissions (methane is 76 times as bad, short-term, as CO2 per unit mass!) from Texas. Cutting down on fracking would do far more, though it will end the era of cheap natural gas.

Today’s carbon trading system, set up by the UN Framework Convention on Climate Change (UNFCCC), is controlled by entities in Brussels and now Beijing. It takes an applicant tens to hundreds of thousands of dollars to get recognition and approval to generate carbon credits through projects that reduce GHG. One Carbon Emission Reduction (CER), is 1 metric tonne (MT) of carbon dioxide equivalent emission avoided or removed from the atmosphere.

Who releases greenhouse gases? Everyone can estimate their own carbon footprint. Try it. It turns out that the national average per capita carbon footprint is on the order of 12 to 15 MT CO2 per year for residents of the industrialised nations, and around 0.1 MT or less for people in subsistence economies.

A well-fed Texas cow emits 7.6 MT/yr, added to that of her predators. The 2020 wildfires in California, an annual and mostly preventable event, dumped more CO2 than a full year of emissions from India. And air travel alone to climate conferences dumps more CO2 than the total emission of several nations. Countries such as Sweden (4.45MT per capita except those who fly international) boast lower footprints than the USA (15MT).

What About The Heat?

The industrialised nations and climate conferences are largely silent on their heat emissions.

Until some 300 years ago, human and animal labour did nearly all the work on the planet, with a tiny contribution from windmills and water mills. Then came the heat engine: powered by steam, and then air.

Vaclav Smil in the latest IEEE Spectrum makes a point. An 1897 study showed that industrialised Britain used less than 14 per cent of the heat it released: 86 per cent was wasted.

It is some of this heat that CO2 absorbs. Why not reduce this heat? Because that would cut economic activity and living comfort!

In other words, Indians and Africans are asked to destroy industrial competitiveness, lose jobs and reduce cooking, so that Westerners need not reduce wastage of natural resources. This in a nutshell is the climate debate.

I suggest a way to break out of this no-win debate.

There is a way to buy time and yes, I wrote a primer on this, available worldwide. It is based on papers, patents and a growing knowledge base from design and testing. All the heat released by human industry and extravagance is minuscule compared to what comes in from the sun.

Deflecting a minuscule fraction of that would stop and reverse global warming. That turns out to be much easier and cheaper than I imagined.

A growing number of reflective sheets floated in the upper atmosphere — not in space as many have proposed. This is far below space, with air density enough to support aerostatic (balloon) and aerodynamic (wing) lift, but so low that nearly all solar input that falls on the sheets is reflected out into space without heating the atmosphere.

During the day, solar-powered propellers or solar-heated balloons raise the sheets; at night they glide slowly, staying far above the 18km limit of controlled airspace before starting their dawn climb. A summer follower version would drift north or south with the sun of peak summer, maximising efficiency.

Black undersides absorb night-time radiation from Earth and radiate it out into the cold of deep space.

How feasible is this?

First, unlike other proposals for so-called “Geo-Engineering’, this is completely controlled and reversible.

Secondly, it allows concurrent data acquisition, to refine simulations and warn of any unexpected negative interactions.

Invisible from the ground, their presence could be felt if they are concentrated enough over one location, using sensitive instruments. We are now sure that the cost is very affordable.

India, of all nations, stands to gain by leading this effort. The Indian Ocean expanse is open to the south all the way to Antarctica.

Traditional expertise in remote sensing is a prime asset in collecting, using and distributing the immense data streaming in from swarms of reflector vehicles 24-7 year-round.

Development, manufacture, deployment, monitoring, control and data acquisition of/from these swarms can all be done from India or Indian ocean islands and ships.

They are all part of the sustainable development goals adopted by another part of the United Nations: UNESCO. All could be recognised as nature credits under the UNFCCC Paris Accords’ nationally determined contributions.

Bold national and grassroots initiatives are needed. Perhaps create a nature credit trading system. With the nation’s established leadership in mobile phone-based individual e-commerce and e-governance, make that accessible to people at the micro level.

The glitter belt is not a replacement of carbon reduction efforts: It is needed to buy time for a rational process of efficiency improvement and carbon reduction through thoughtful, nature-friendly measures rather than the haste of desperation or economic pressure. Please join us in building consensus. We can and will beat global warming on our own terms.

Disclaimer: Narayanan Komerath has authored a recent e-book primer on Reversing Climate Change. He holds 2 US Patents on the Glitter Belt solution. He chairs the Smart Village Initiative at the Takshashila Institute, USA. He co-authored Micro Renewable Energy Systems, which he taught under India’s Global Initiative for Academic Networks (GIAN) through IIT Madras, 2016.