Roddam Narasimha: A Legendary Intellectual And A Greatly Endearing Mentor 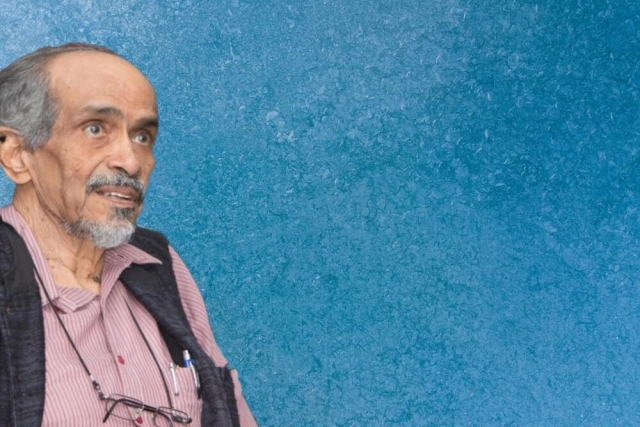 Professor Roddam Narasimha, fondly known as RN to many, passed away at the age of 87 on 14 December 2020. RN, with his exceptional scientific abilities and varied intellectual interests, made many enduring research contributions and left behind a rich legacy.

He was a world-renowned researcher in the areas of fluid dynamics and atmospheric sciences, an aerospace technologist, a scholar of Sanskrit and Kannada, an epistemologist of science and mathematics in ancient India, and an inspiring teacher and mentor.

In his six-decade long career, he played several visionary leadership roles in institution-building, national technology programmes, and in science and technology policy. Many former students, colleagues, friends, and admirers of RN have written glowing tributes to him in recent days, and I expect that more such articles will appear in due course as the scientific community slowly comes to terms with his loss.

I had the good fortune to see RN closely through the lens of a student and a young researcher. I worked with him during my undergraduate years as part of a Summer Research Fellowship programme.

I distinctly remember being nervous prior to my first meeting with him in the summer of 2008; he was 75 and a legendary figure and I was a 19-year-old BTech student! I was immediately struck by his gentle demeanor and warm persona, and it had an instant soothing effect on my nerves!

He was genuinely curious to know more about me and my scientific interests, and modestly offered to help with whatever topic of research I chose. This was in stark contrast to the typical student experience in such fellowship programmes of simply being handed a set of research tasks to be carried out.

RN encouraged his students to seek research problems in areas that aroused curiosity and to pursue them in depth. This trait mirrored his own approach to learning and research, and interestingly, led him to become an Aerospace Engineer.

As an undergraduate student pursuing a Mechanical Engineering degree at Mysore University in the early 1950s, RN saw a World War II era Spitfire fighter aircraft on display at the Indian Institute of Science (IISc) during one of its annual Open Day public events. He was greatly fascinated by its signature elliptical-shaped wing, and grasped that some mathematical theory based on physical principles of fluid dynamics must have resulted in the design.

This sparked in him an interest in aeronautics and he decided to pursue a diploma and an associate degree at IISc in the subject following his Bachelor degree, and the rest is history.

RN’s curiosity-driven approach to research, long before it became a fashionable term in academic circles, coupled with his intellectual depth and breadth, enabled him to be deeply engaged across a wide spectrum of interests. And often his work had great relevance in the context of India, be it in terms of contemporary technological needs or the unraveling of civilisational scientific contributions (where today's popular discourse unfortunately swings between the extremes of undue glorifications and irrational antipathy).

As a teacher and mentor RN always remained accessible to his students, even during phases of his career when he shouldered demanding administrative and other related responsibilities.

Endowed with high levels of patience, he would liberally spend time to carefully explain concepts and ideas, sometimes even the most elementary ones, to students. Though he was often deeply immersed in large-scale technological programmes throughout his entire career, his love for little science from his student days remained intact.

One particular incident that illustrates this aspect of RN remains etched in my memory. I was in his office explaining to him in detail a design I had come up with for an experiment and we were debating improvements for it while his office phone rang. He took the call, listened to the person on the other end for about two minutes, and said “thank you for the update, I suggest we cancel this launch and discuss things in detail at the next Space Commission meeting to come up with a new plan.”

He hung up the phone, and enthusiastically dove right back into the discussion on the little experiment being set up by an undergraduate student!

I often noticed the glee in his eyes when he came by the lab to see experiments as they were being performed. Sometimes the planned experiments would run late into the night, but he would insist on being present lest he miss out on the fun! His enthusiasm and curiosity were contagious and brought out the very best in his students.

Though my formal association with RN ended shortly after I obtained my BTech degree, I continued to be in contact with him and visited him often. I greatly valued his advice and have benefited from the same in the subsequent stages of my research career.

In life it is not often that one comes across true greatness, but when it happens it is impossible to miss. RN’s intellectual abilities and achievements combined with his humility, simplicity, work ethic, and integrity made him a singular personality. His life greatly exemplified the finest scientific, intellectual, and cultural traditions of the land.

RN’s students and many of his colleagues felt privileged to work with him and became all the better for it.

My colleague, Prof. Sourabh Diwan, who worked with RN in the past, aptly says that “RN has carved out a space around him by his intellectual austerity and there is a certain sanctity associated with it — one cannot but get touched by it if one’s mind is sensitive enough.”

For those who saw his dynamic personality and knew him well it seems that 87 is a young age to depart — but perhaps our perspective is highly skewed by his extraordinary nature. While his physical presence will be greatly missed, he will continue to live on in the form of his ideas and legacy, and will inspire several generations of scientists to come.

Dr. Duvvuri Subrahmanyam (@mangaloreman on Twitter) is an Assistant Professor of Aerospace Engineering at the Indian Institute of Science in Bengaluru.