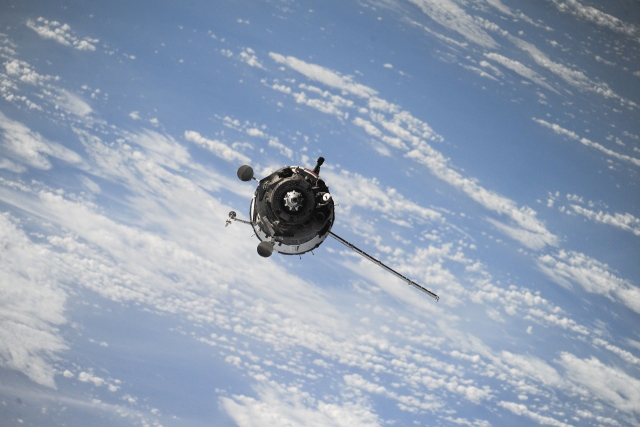 For over 60 years, humans have been propelling objects into space at an increasing pace. From the launch of one satellite, the first-ever, by the Soviet Union in 1957 to rocketing well over 900 in 2020, Earth's neighbourhood has become a crowded place.

As a result, there are an estimated 6,000 satellites in orbit currently, less than half of them operational.

Far from easing up, this crowd is set to swell greatly in the future as companies like SpaceX, Amazon, and OneWeb deploy “satellite constellations" in an effort to provide better and far-reaching low-cost Internet connectivity on Earth. The satellite fleets are planned to number in the tens of thousands if not more.

Safe to say, Earth's orbits are going to be too hot to handle, comprising not just active satellites doing useful work but, additionally, an increasing amount of trash or junk – lifeless leftovers that circle the planet endlessly till they likely one day fall back and burn up in the Earth's atmosphere.

The 'space debris' is going to get bigger with time as the nearly thousand or more estimated satellites go up year after year.

While there are some ideas on how to curb space debris, Japan recently planted the seed for a novel idea.

According to the BBC's reporting, Japanese company Sumitomo Forestry is set to work with Kyoto University to develop "the world's first satellites made out of wood by 2023".

The idea behind pursuing wood as satellite material is that it will burn up and not release harmful substances in the atmosphere upon re-entry.

The concern with metallic satellites, on the other hand, as stated by Kyoto University professor and Japanese astronaut Takao Doi to the BBC, are the leftover "tiny alumina particles which... float in the upper atmosphere for many years" and "affect the environment of the Earth" over time.

According to the report, Sumitomo Forestry has initiated research in this direction and, together with the university, will experiment "with different types of wood in extreme environments on Earth" to arrive at a viable material answer.

It appears at this point that the problem being solved with the possible use of wood will be not so much “space junk" but that of the junk that leads to the release of toxic material in the upper atmosphere after the re-entry burn. Because ultimately, if an object is to persist in orbit even after it is no longer operational, making it 'space junk', it doesn't matter whether the satellite is made of metal or wood.

Additionally, the kind of things that end up adding to space junk is boosters and related components, which take satellites into orbit and are ejected out in the process. These parts won't be made of wood. And neither will whole satellites be made of wood. The metal parts inside the wooden structures will have to descend into the atmosphere too. These integrated components, especially the electronics, would cause harm to the planet's environment anyway despite the wooden housing.

The question of atmospheric contamination by the release of alumina particles in the aftermath of re-entry burn requires a closer, more precise look too.

It isn't clear or conclusive how much harm quantitatively these compounds are causing. In fact, in one case, the presence of alumina in the atmosphere is being considered as a way to cool the planet.

On the other hand, there are concerns, based on scientific research, that alumina build-up over time can deplete the ozone layer, leaving Earth more vulnerable to the Sun's harmful ultraviolet radiation.

Wood, though, has been no stranger to space. The Chinese have used a heat shield made of oak in the nose cone of the rocket on their recoverable satellites ("Fanhui Shi Weixing") in the past.

Even earlier, the United States National Aeronautics and Space Administration's Ranger 3 mission, whose objective was to study the Moon, involved a lunar capsule protected by a balsa wood outer casing.

Perhaps, the most interesting of wood's rendezvous with space had occurred more recently, in 2013, when a piece of the apple tree famously associated with Isaac Newton and his theory of gravity was carried up in space shuttle Atlantis.

Past instances aside, the Japanese idea of a wooden satellite may lead to wood's most advanced application in space. At the moment, there are no official details out from the company or university to know or predict what the end product will look like and how it will all work. Details will be awaited on what will certainly be an interesting and potentially important research-and-development exercise in space technology.