The Clash Of Consciousness: The City Against The Individual 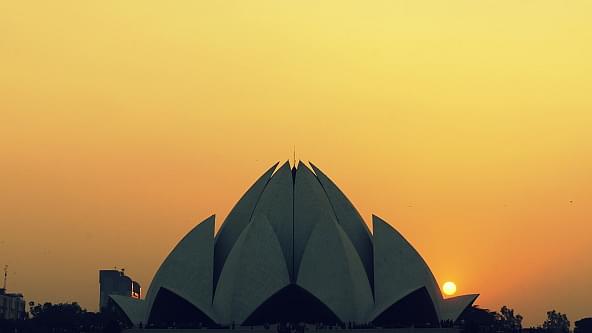 Armed with just a handful of gods, a global consciousness is smothering a more powerful entity—our individual selves.

The city is its arena, efficiency its currency, economy its objective, beauty its spectacle. In pursuit of survival, comforts and luxuries, this consciousness is changing landscapes, influencing behaviours, compressing mankind—retribalising them. It is pulling energies of the earth to fuel ambitions that reach higher than the planet’s living atmosphere. It searches for and sucks out talent from lesser geographies to imprison men into a greater, grander path currently created, nourished and preserved by the few.

It unleashes human potential, and yet constricts that potential into a dynamic that’s convenient enough to host bodies but not in conformity with the self. Behind the awe-inspiring lights of the city that you see when your plane descends on one, beyond the force that runs its arteries of expression that find ways to shorten time and reach the farthest spaces ever-faster, below the glory that each physical conglomeration of matter, men and minds, lies a diversity of individual selves that is being self-choked by the brute magnet of an overarching collective cloud. The same cloud brings rains to the few, hail to some, and destruction to the rest.

The city seeks physical unity. The unity quarrels with the self’s individual flowering.The flowering gets smothered by the being’s interim government of mind. And the mind, lost in the glitter of the “there”, “that” and “them”, triumphant in the joy of running the hamster’s wheel designed by a million desires of the city’s inhabitants, contributes its mite to the material consciousness invading fickle mistresses of complex neurons, seeking a release that’s deeper than pleasure, wider than security, higher than well-being.

The city glitters. The glitter hollows. The hollow attracts. The attraction poisons.

Like the hot sands of a desert absorb life-giving moisture, a dry sameness mercilessly sucks out the vast individual self and detains it in narrow, cold, lonely jails, where the delights of solitude are smudged by the gloom of alone-ness and individual expression stifled by the wisdom of mobs. And within the boundaries of an agglomeration foreign to man, awaits ennui.

Sharpened by success. Powered by institutions. Fed by consumption.

A giant iron, the city wrinkles out all blemishes of the soul that don’t serve this Trinity. The best minds drive the city vertically and horizontally into a competitive resemblance, always peering over the shoulder for what the other city is doing. The rush of humanity presses in, standing on the steps of this temple of desire-gods, losing what their selves seek to be, are meant to be and instead celebrate the bereavement of their self-becoming. It uses extended lifespans to consume an ever-increasing emptiness that the collective throws up.

To the city come the migrants, leaving their souls behind. Those who still dare to cart them here lose them in the narrow definitions of where they want to be, what they want to do, how they wish to transform and become proud natives of an elite sameness. On their part, the natives of one city seek uniqueness in a different sameness.

Call it a miracle or just luck, but despite the pressure to become efficient robots, our cities still are conglomerates of diverse consciousnesses. Power is the overarching driver of Delhi, business the propeller in Mumbai, laidback the discourse in Vadodara. The get-there consciousness thrives in New York, lobbying the currency of Washington, music in Vienna, become-EU at Budva, danger in Johannesburg. The journey from the village to the city to the megacity is really a sojourn of this consciousness—simplicity at Hulasganj, upsurge of seeking at Agra, climax at Chennai. We leave our souls behind and revel in the climax that’s all but premature.

Throughout history, the creation, growth and demise of cities has followed the pattern of a moving consciousness that settled, grew and moved on, first by food and water, then by scale and manufacturing and now by an integrated infrastructure of the best facilities, with trade as the unifying catalyst. Entrepreneurs, workers, leaders have contributed to building cities; governance, institutions, laws are the outcomes. Like consciousness itself, the city is constantly on the move, dynamic, changing. Consciousness of the individual nudges her towards a spiritual becoming, swadharm; consciousness of the collective pulls individuals towards a combined unity.

And creates a conflict.

Consciousness of the city believes that the individual must fit into the collective, else how will different aspirations be catered to without physical or mental clashes? From the most banal entities of excellence in work, healthcare, entertainment to the highest expressions of artists, politicians, poets, all must bow low before the united commune. That is the way the individual self will derive strength from and in turn get nurtured by the collective consciousness.

Consciousness of individuals believes otherwise. If she is on this planet for a unique purpose—and all of us indeed are here to find meaning and express it uniquely—it can’t be delivered on the platter of conformity. Else, we would all have had the same DNA, same minds, same bodies. Our uniqueness as humans can’t be sacrificed at the altar of the city’s consciousness or even—and I risk being labelled here—at the helm of the nation’s consciousness.

Society must preserve the individual’s uniqueness, serve the individual. And so, as cities develop and grow, its inhabitants are carried away by the currents like paper boats on river rapids. Some float, some sink. All survive. Somehow. In the stream of the city, if an individual dares stand up and pause for course correction—political, cultural, societal, economic, ideological—the might of the collective consciousness converges its attention on that individual, examines this anomaly, and in most cases, ejects the individual for being, well, an individual.

Screens are solidifying this conflict. With technology, man is beginning to express his individuality in clouds. You could say that the city has been compressed into screens—the screen is the city. You can be in Delhi while living in Mumbai. The consciousness of a physically distant city can today lie within the screens at hand. You can travel to Riga on Instagram, tweet about it from the Zurich lounge, skype with your child in Puducherry and fly over several countries while holding one passport, all within a span of hours. And as we shift from one cluster of consciousness to the next, we intersect with and carry several cities within our individual consciousness.

Our intersects with cities come to life not only as objects on our walls but as experiences in our minds. But our intersects with the silences of our own minds remain unknown, uncomfortable to deal with and quickly filled with the noise of the city’s consciousness. Assertions of our individual consciousness are painfully chiseled on us by the city’s consciousness and are expressed in the currency of rags it offers—suits and skirts, cars and yachts, homes and vacations—not from the depths of our souls.

And so, our cities will become smarter but not necessarily soulful. They will grow but will remain in conflict with the individual. Like good parents, they will nudge us into becoming sharper reflections of themselves but will frown if we transgress the boundaries imposed by the Trinity of success, institutions and consumption. Within the confines of order, the city will accept us, nourish us. But take one step outside these boundaries and the gods of the city will banish us.