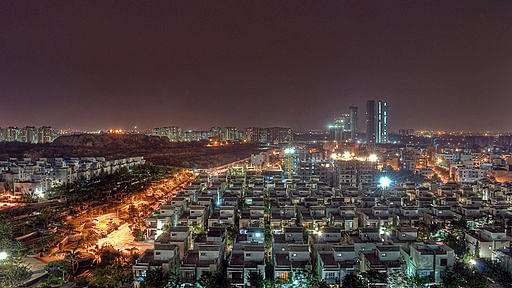 Cities have never had it so good. More than half of the world’s population already lives in cities and indications are that over two-thirds will be urbanized by the middle of the century. Major global cities like London, New York and Singapore now dominate the world economy. But why have cities been so successful in the 21st century? In fact, why do they even exist?

In the 1990s, when the internet and mobile telephony were still in their nascent stage, many experts were of the opinion that the information technology revolution would make cities obsolete. They argued that it would soon be possible for people to work and live anywhere on the planet. Why live in an expensive, congested city when one could be operating from the beach or the ski slope? De-industrialization and sub-urbanization had led to decline of many Western cities since the late 1960s, and it was thought that information technology was the last nail in the coffin.

But the exact opposite happened - people began to move back into the cities in Europe and North America. Indeed, the densest urban cores like Manhattan saw the largest inflows and jumps in real estate prices. Similarly, there was a sharp acceleration in urbanization in developing countries with China going from being largely rural to becoming urban majority within a generation. The process is now spreading to India. What is going on?

Drivers of a 21st century City

Cities have existed for many different reasons over the ages. In the pre-industrial era, cities existed for purposes of defense, administration, pilgrimage and trade. After the Industrial Revolution, cities expanded as manufacturing and commercial hubs. However, many of these drivers have been diluted by the 21st century. Manufacturing is still an urban activity but no longer runs on integrated Fordist factories but as part of dispersed supply chains. Similarly, the value addition of shipping comes less from port handling and more from logistics, finance and legal services. As a result, ports and manufacturing have moved to the edge of urban clusters. The success of cities is now driven mostly by the following three factors:

First, the mix-and-match lifestyle of the 21st century needs dense concentrations of urban hardware and software. In the last century, the daily cycle of everyday life was regular where the men went off to work in the factory/ office and the women stayed at home and looked after housework. Today, urban life is all about multi-tasking and combining a diverse range of activities through the day to do business meetings, meet a friend for lunch, do some shopping, attend a lecture, pick up the kids and perhaps catch a flight at night (all coordinated over the smartphone).

This requires that the city provides a concentration of hardware such as airports, office blocks, shops, bars, restaurants, buses and so on. It also requires density of urban software such as social networks and cultural institutions. The success of the city depends on the mix of such soft and hard infrastructure.

Second, advances in digital technology have meant that any activity that can be codified will either be mechanized or be outsourced to the cheapest location possible. However, face-to-face interaction continues to retain a high premium. Part of this is that direct human interaction is still important for activities that cannot be codified (such as building trust). Random human interaction is also critical to creativity and innovation.

Cities provide the dense human landscape that allows for this human interaction and the consequent generation of economic value. Even the information technology industry, for all its claims of a “Flat Earth”, is concentrated in small geographical hubs like Silicon Valley and Bengaluru.

Third, cities continue to play an important role in developing countries for absorbing rural migrants and naturalizing them into the modern economy. Slums may look like places of urban decay and disorder but studies have repeatedly shown that they play an important role as “routers” that absorb and slot new entrants into the urban landscape i.e. they are the first step in the economic ladder rather than places of static hopelessness.

Thus, the slums of Indian cities are fundamentally different from the decay and abandonment that one sees in cities like Detroit. They are more like the slums of early 20th century New York that absorbed waves of immigrants. This is not to glorify slums or suggest that they do not need help, but merely to point out that well-meaning interventions should not disrupt the flow/churn of people.

The Smartness of Cities

As one can see, the success of 21st century cities is dependent on the density of soft/ hard infrastructure, the quality of human interaction and the churn of people. Yet, a lot of the discussion on “smart cities” has been hijacked by visions of technological Disneylands. This is unfortunate as the deployment of digital technology will only work if it strengthens the underlying urban drivers discussed before.

As already pointed out, the smartness of a city is about clustering smart people and institutions, and encouraging interaction. One obvious way to encourage this is by building institutions of higher learning inside the city as an integrated part of the urban landscape. This would create a flow of young people that would benefit the city. However, this is totally different from how Indian universities and institutes have been built in the last half century—usually as large walled campuses that have nothing to do with the nearby city.

This is a waste for both the city and the university. cities like Kanpur and Kharagpur benefit nothing from being host to an IIT. Contrast this with how universities like Columbia, NYU, MIT, Harvard, and Oxford are an important part of their host cities. Meanwhile, Indian universities in isolated campuses hurt from not being able to attract faculty because they cannot cater for the family and social life of their staff. The spouse of a talented young professor can hardly be expected to live in Nalanda, no matter its historical associations, when its promoters continue to live in modern global cities. As pointed out, we no longer live in a factory town world where the husband goes to work and the wife sits at home darning the socks.

This does not mean that digital technology cannot be used fruitfully to smarten cities. Here is an illustration of how it can used to support a critical ingredient of a 21st century city - walking. As we have discussed earlier, the keys to success of a post-industrial city are density of human capital and hard/soft infrastructure. This preference for concentration means that a successful city, almost by definition, will suffer from severe traffic congestion. This means that walking quickly becomes the best option for short distances and public transportation for longer distances. Note that public transportation too depends on walkability for the first/last mile. This is why the most advanced cities in the world invest heavily in walking infrastructure: Singapore’s business district is now connected by underground tunnels, Hong Kong has created a network of elevated walkways, New York has similarly built the High Line.

It may come as a surprise to readers that digital technology can be used to dramatically enhance even a low-tech activity like walking by using GPS data from mobile devices to map how people move around in a particular area. This information, in turn, can be used to build the necessary foot-bridges, road crossings, street furniture, lighting, shade, security features and so on. The point is that digital technology works well as a tool but should not be an end in itself.

To conclude, the 21st century city depends on the concentration of soft/hard infrastructure, the quality of human interaction and its ability to deal with the constant churn of people. This is quite a different template for success than the ideal of broad boulevards for cars leading from neatly zoned workplaces to de-congested suburbia. Instead, it is a messier outcome that prizes diversity, churn and mix-and-match. Digital technology can only be considered “smart” if it is used to make this messy ecosystem run more smoothly.