India's First Semiconductor Chip Manufacturing Plant In Mysuru. How Much Water Will It Actually Need? An Estimate 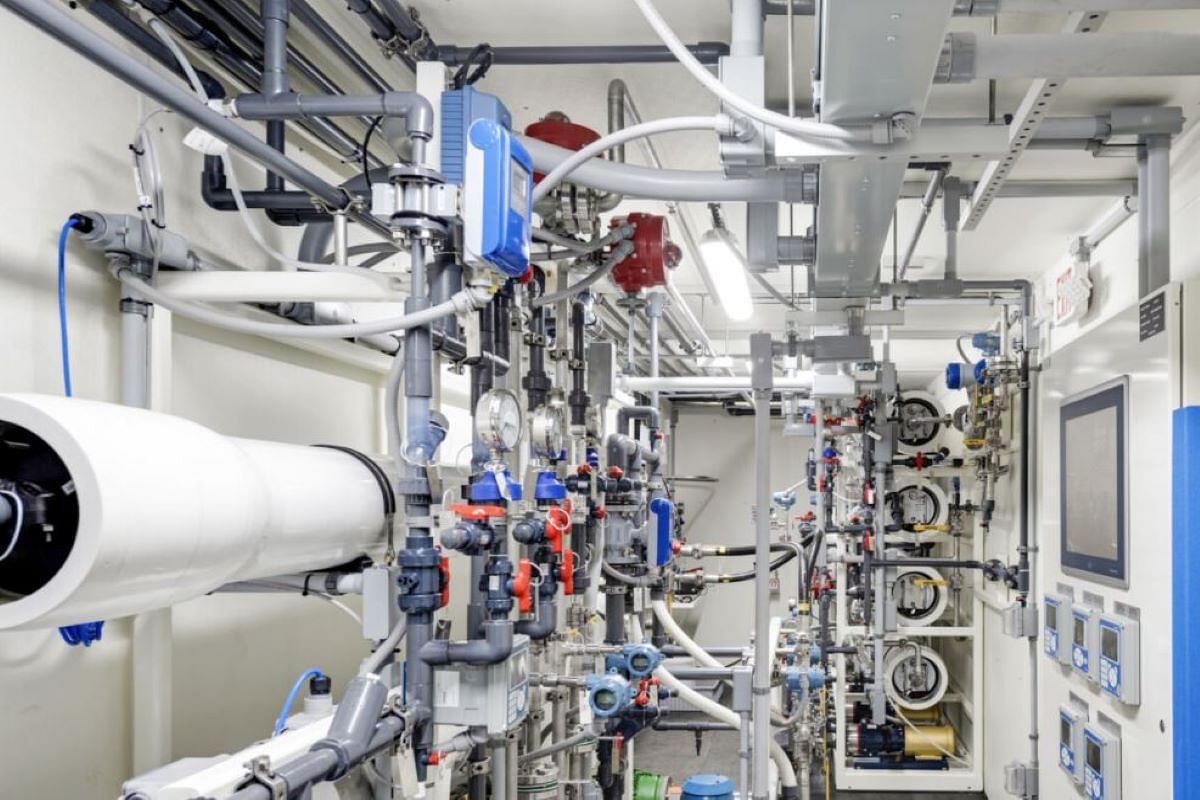 International semiconductor consortium ISMC, led by Next Orbit Ventures and Israel's Tower Semiconductor as JV partner, signed a Rs 22,900-crore ($3 billion) agreement with the Karnataka government to set up a chip-manufacturing plant on 150 acres of land in Mysuru's Kochanahalli Industrial Area.

The Karnataka government is setting up an Electronics Manufacturing Cluster at Kochanahalli, located around 5 km from Mysuru Airport. The semiconductor plant is expected to generate 1,500 high-tech and high-quality jobs and at least10,000 ancillary jobs. The proposed plant is expected to provide a significant boost to the industrialisation of the district.

According to Ajay Jalan, ISMC Director and Next Orbit Founder and Managing Partner, the consortium selected Karnataka as the location for its fab factory due to water availability, the stable power situation in the state, access to talent, quality of life for talented engineers, incentive package offered by the state. He also praised the decisive and proactive approach of chief minister Basavaraj Bommai and his team.

ISMC was considering Dholera Investment Region in Gujarat as a possible site for the chip manufacturing plant. Suggestions have emerged that the state may have lost out due to water. However, the real reason is that Gujarat also does not have formidable electronic manufacturing and design ecosystem like Karnataka.

So how much water does semiconductor manufacturing need?

Semiconductor manufacturing is a water-intensive operation. Over a series of steps, semiconductors are built in layers on silicon wafers into integrated circuits (also called microchips). After each one of several dozen layers of semiconductors are added to the silicon wafer, it must be rinsed, requiring massive amounts of water. A great deal of this water is Ultra Pure Water (UPW), water that is thousands of times purer than drinking water.

A report in The Times Of India quoted Karnataka Rajya Raitha Sangha state president Badagalapura Nagendra as saying that industries in Mysuru district will harm the environment and that semiconductor manufacturing units require a lot of water. He also expressed fear that water would be diverted from agriculture to industry. However, business and industry groups have dismissed such claims pointing out that 40% of the water used is recycled.

Chip behemoth Intel reduced its water consumption by over 40 percent from previous levels in response to the arid conditions at the sites where its plants are located. Taiwan Semiconductor Manufacturing Co (TSMC) has embarked on several water conservation efforts. Advances in treatment of wastewater at semiconductor plants has led to recycling anywhere from 40 percent to 70 percent of water used in their processes

Building the facility may take two years after approval, equipment and robotics setup will take one year, and tuning the process to run in a new production line after it is "copy-pasted" (production-grade technology transfer) by Tower Semiconductor may take six months to a year. This is assuming the project progresses smoothly and starts the clock after groundbreaking.

In the 5th year after groundbreaking, one can expect sellable chips to come out, but most likely at only about 30-40 per cent of the total capacity. By the end of 7 years, the capacity readiness and utilisation will hopefully go up closer to the unit's full capacity.

2) This paper has a detailed study of water usage in various fabs in Taiwan. Let us take this table.

For Taiwan Semiconductor Manufacturing Company (TSMC), it says about 45 litres per wafer layer of an 8 inch (i.e. 200mm) wafer. The area of a 300mm wafer is 2.25 times, so the water needed will be about 45 X 2.25 or roughly 100 litres per wafer level. The Winbond number is for the 12-inch wafer itself and is 123 litre - a little more than what we calculated for TSMC. Let us assume that the ISMC fab may not be as efficient in water reuse and so, as a worst-case, uses 200 litres per wafer level.

For those familiar with fabs, each level will need a separate photomask (reticle). The number of levels needed in the processing of chips will vary from chip to chip based on the process node and also the complexity of the chip itself.

If you take the chart here, 65nm process node Application Specific Integrated Circuit (ASIC) chips need about 35 mask levels. ISMC may not be making the same kind of chips as TSMC, but mask levels needed in 65nm is roughly the same (give or take a few).

To summarise - a maximum of 200 litres of water per wafer layer, 35 such layers, means roughly 7000 litres of water to process one wafer. (As a side note, one wafer will have 100s of chips based on the size of each chip, but that number does not change the water calculation as we are calculating for the whole wafer).

According to another estimate, 2200 gallons (8327 litres) of water is needed per 30cm (i.e. 300mm or 12 inch) wafer. While this 2013 estimate does not explicitly mention which process node they used for calculation, it is likely to be for 40nm which needs slightly more as the number of masks increases. So for 65nm, we can safely assume 8000 litres.

Note that these calculations already consider that to get 1000 litres of Ultrapure water, you need to start with about 50% more "municipal water".

As a way of comparison, Vedanta has reportedly requested 40 MLDs of water for the fabs they are proposing to set up (their proposed fab is 28nm process node and, in full capacity, is hoping to run 80,000 or even 1,00,000 WSPM and hence higher water requirement.

a) The per person availability of water in India is predicted to be 1.465 MLD by 2025. So 10 MLD equals "available" water for about seven people every day. In an entire year, about 2500 people (note: Availability is not the same as usage; average water used by Indians for drinking and domestic needs is 135 litres based on this detailed study).

b) How about water usage in other sectors?

A study by Observer Research Foundation points out that most of India's usable water goes into agriculture, and even by 2025, it will still be around 83.3 per cent. India's textile industry, as per this article, uses 1608 MLD.

c) This article mentions that India's 300 cities generate about 40,000 MLDs of domestic wastewater that is untreated and is discharged into rivers.

(With key inputs from Arun Mampazhy)