The 'Hard' Core Of HCL Fades Into History 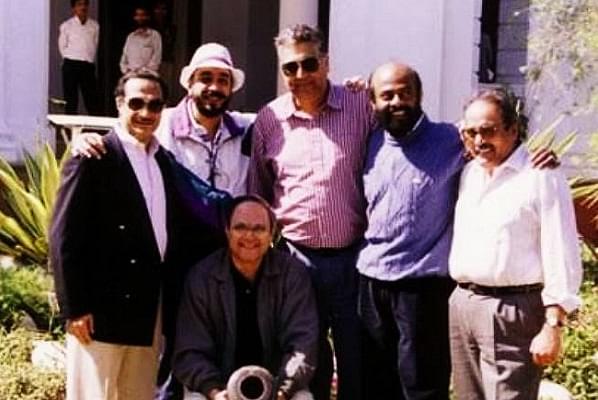 Sometimes, major turning points in the technology history of a company go unnoticed, flying under the radar of media attention. Mid-February marked one such occurrence, as an iconic part of India’s infotech history faded away.

Buried in the announcement of its rather poor quarterly results on 10 February was a bald statement: "The company's board of directors has also approved the sale of its wholly-owned subsidiary HCL Infotech... at a purchase price based on the enterprise value of HCL Infotech”.

A week later, Gibraltar Technologies (GT), an AI-based digital solutions company with offices in the Middle East, announced the “acquisition of HCL Infotech, part of the USD 10 billion IT giant HCL Group." (link to announcement).

The GT release said: “GT, along with its partners, will acquire the assets, employees and customer contracts managed by HCL Infotech. Their 800-plus employees manage prestigious projects, including the world's largest biometric system and India's largest Internet backbone network.”

GT has offices in seven countries including Middle East, US, Singapore and India and, in fact, was earlier known as HCL Infosystems MEA. The latest acquisition only consolidated what was already a UAE-based arm of HCL.

Core of the original HCL

HCL Infotech was the core of the original HCL, earlier called Hindustan Computers Ltd, founded in 1976 by six entrepreneurs — all of whom moved over from DCM Data Products, the infotech arm of Delhi Cloth Mills.

They were the desi equivalent of a ‘garage start-up’; only their garage was a roof-top barsaati in Delhi. Leveraging their DCM experience, they began addressing the market for electronic desk calculators, but soon transformed into pioneers and pathbreakers in indigenously designed and developed computer products.

- the first desktop computer, the HCL Workhorse in 1983, well ahead of the IBM PC;

- the first multi-processor version of Unix, three years ahead of Sun Microsystems and HP.

Interviewed for the book “Icons of Indian IT” (Anand Parthasarathy & S. Sadagopan; Wisdom Tree Publishers; 2018), HCL co-founder Ajai Chowdhry who took over as CEO in 1994 and Chairman of HCL Infosystems in 1999, recalls how the early, critical orders for the Micro 2200, were delivered: The first big order was for six units from IIT Madras.

I still remember the date: it was 29 March 1977. Our boys in the factory worked round-the-clock to complete the assembly and testing. The six units had been shipped from Noida as Indian Airlines cargo. Like all government departments, IIT insisted that the delivery be made before the end of the financial year, 31 March, otherwise, we would have defaulted on the contract. I parked myself in Chennai (then Madras) airport at Meenambakkam in a Fiat car, praying that the consignment would arrive by that day’s flight. It did — fortunately—and I personally collected the six boxes, strapped them inside the Fiat and drove to the IIT, which fortunately is quite close to the airport. We made the deadline with a day to spare.

Following this, HCL launched its first commercial computer, the 8C, almost simultaneously with Apple in the United States and three years before IBM. The 8C design was based on a shrewd understanding of Indian working environment — and frequent power cuts.

It came with a Power Shut Auto Restart (PSAR) unit, connected to a battery and saved all the computations if power failed, to restore them when power came back.

“I was fortunate to be one of the developers of HCL 8C”, says Rama Ayyar, today an IT consultant in Australia, in a blog for the IIT’ans Association of Australia.

Our small team of engineers, most of us from IIT Kanpur, developed HCL 8C right from scratch using indigenous components (except for the microprocessor and the memory chips). There was no one to mentor or guide us; we had to learn everything by trial and error and had to start from scratch.

Indeed, Prof S Sadagopan, today the Director of the International Institute of Information Technology (IIIT), Bangalore, recalls from his days at IIT Kanpur, that many of the institute’s early batches in computer science moved straight to HCL after graduation; it was one of the very few companies with jobs for computer graduates.

In other ways too, HCL exhibited a sixth sense for what would be the next leap in technology. When most computers came with 8-inch floppy drives, HCL switched to 5 ¼ - inch drives on a gut feeling: it turned out to be prescient.

Recalled co-founder and former Vice-Chairman, Arjun Malhotra: “In a small company, one wrong decision can kill the company. That’s how you play your cards if you feel that a particular technology can really change the future of the market." (quoted in The Game Changers By Yuvnesh Modi, Rahul Kumar and Alok Kothari, Random House India, 2012).

A PC that predated IBM

The HCL Workhorse was a personal computer that pre-dated the IBM PC. Working on CP/M, the pre-Microsoft DOS PC operating system, the Workhorse used a green display monitor and a five-inch floppy drive (with no hard disk) to load software that HCL threw in for free.

It also included HCL's cleverly developed clone of the then popular word processing software, WordStar called ‘Secretry’, to overcome an eight-letter limit for names. Selling in the early 1980s for less than Rs 50,000, the Workhorse was for tens of thousands of Indian professionals their first experience of a desktop personal computer.

By 1986, HCL was India’s largest IT company, with a reputation for aggressive marketing and pricing. Nadar and his team had a canny eye for the core market — government and public sector players who had the funds — but were inhibited by the then import rules from acquiring foreign computers.

They got enrolled in the government’s DGS&D rate contract, which allowed departments to buy HCL systems without going for competitive tendering.

HCL Infosystems was formed in 1997 to tap the market for software services. It always remained among India’s Big Five IT companies (most of the time at no 3). But increasingly its software and services arm outdistanced its original competence — hardware.

In 2007, almost as a last hardware hurrah, it launched the first desktop computer in India with a 1 terabyte (1000 GB) storage. By the end of the first decade of this century, hardware manufacture in India had become unviable, and in November 2013, after 37 years, the HCL group closed down all its hardware businesses.

Since then, HCL Infotech has concentrated on IT-enabled services, most notably the work it did to make Aadhaar a reality for millions.

The parent company has grown to embrace some 160,000 employees in 50 countries, generating annual revenues of over US $ 10 billion. The future in its perception, lay in software and services.

Interestingly, this is a perception shared by some of its global competitors — like another garage start-up, the Palo Alto, California (US)-based Hewlett Packard. Today, that company has stopped its desktop PC line and hived off its core test and measurements business into a separate entity, Agilent Technologies ( now as Keysight Technologies).

The core HP Enterprise business today is — like HCL — in software and services, though it has a separate entity, HP Inc., for enterprise computers and printers.

In today’s hypercompetitive business tech arena, companies have no room for nostalgia-based business.

A change of baton that took place at HCL last year might explain the hard-nosed decision to ditch its historical role as a pathbreaking make-in-India hardware manufacturer.

On 14 July, HCL co-founder Shiv Nadar turned 75 and handed over the role as chairperson of the group to his daughter, Roshni Nadar Malhotra, 38, to concentrate on his many philanthropic projects.

While the group remains profitable, HCL Infosystems reported a loss of Rs 34.32 crore for the quarter ending December 2020. A new-generation leadership at HCL, unencumbered by any nostalgia or historical baggage, may have taken a pragmatic decision to cut any loss makers and concentrate on the more profitable parts of its business.

But it is worth a thought that in now entirely parting with HCL Infotech, the HCL group has written ‘finis’ to the core competence that once made it an India leader — and a world contender.