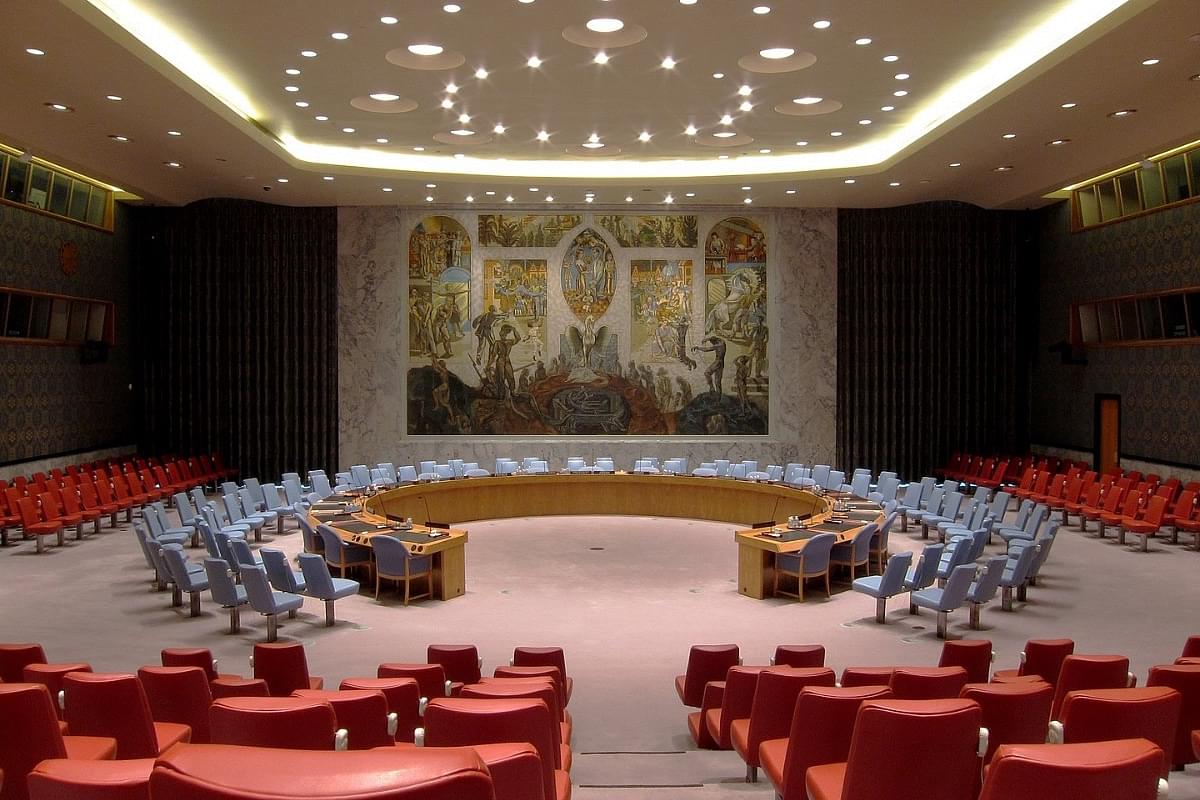 United Nations, Jun 17 (PTI) China has put a hold in the UN at the last moment on a joint proposal by India and the US to list Pakistan-based militant Abdul Rehman Makki as a global terrorist under Al Qaida Sanctions Committee of the Security Council.

Makki is a US-designated terrorist and brother-in-law of Lashkar-e-Taiba (LeT) chief and 26/11 mastermind Hafiz Saeed.

It is learnt that New Delhi and Washington had put a joint proposal to designate Makki as a global terrorist under the 1267 ISIL and Al Qaida Sanctions Committee of the UN Security Council but Beijing placed a hold on this proposal at the last minute here.

Earlier also, China, an all-weather friend of Islamabad, has placed holds and blocks on bids by India and its allies to list Pakistan-based terrorists.

In May 2019, India had won a huge diplomatic win at the UN when the global body designated Pakistan-based Jaish-e-Mohammed chief Masood Azhar as a 'global terrorist”, a decade after New Delhi had first approached the world body on the issue.

A veto-wielding permanent member of the UN Security Council, China was the sole hold-out in the 15-nation body on the bid to blacklist Azhar, blocking attempts by placing a 'technical hold'. All decisions of the committee are taken through consensus.

In 2009, India had moved a proposal by itself to designate Azhar. In 2016 again India moved the proposal with the P3 - the US, the UK and France in the UN's 1267 Sanctions Committee to ban Azhar, also the mastermind of the attack on the air base in Pathankot in January 2016.

In 2017, the P3 nations moved a similar proposal again. However, on all occasions, China, a veto-wielding permanent member of the Security Council, blocked India's proposal from being adopted by the sanctions committee.

Keeping up the international pressure to designate Azhar as a global terrorist, the US, supported by France and the UK, had moved a draft resolution directly in the UN Security Council to blacklist him.

In November 2010, the US Department of the Treasury had designated Makki as a Specially Designated Global Terrorist.

As a result of this designation, among other consequences, all property, and interests in property, of Makki that are subject to US jurisdiction are blocked, and US persons are generally prohibited from engaging in any transactions with Makki.

“In addition, it is a crime to knowingly provide, or attempt or conspire to provide, material support or resources to the Foreign Terrorist Organisation LeT,” the US said.

The US Department of State’s Rewards for Justice programme is offering a reward of up to USD 2 million for information on Makki, “also known as Abdulrahman Maki. Makki has occupied various leadership roles within Lashkar-e-Taiba (LeT), a US-designated Foreign Terrorist Organisation (FTO).

He has also played a role in raising funds for LeT operations.

'In 2020, a Pakistani anti-terrorism court convicted Makki on one count of terrorism financing and sentenced him to prison. The United States continues to seek information on Makki because the Pakistani judicial system has released convicted LeT leaders and operatives in the past,” according to information on the Rewards for Justice website.