India And China: Does India Have Any Leverage? 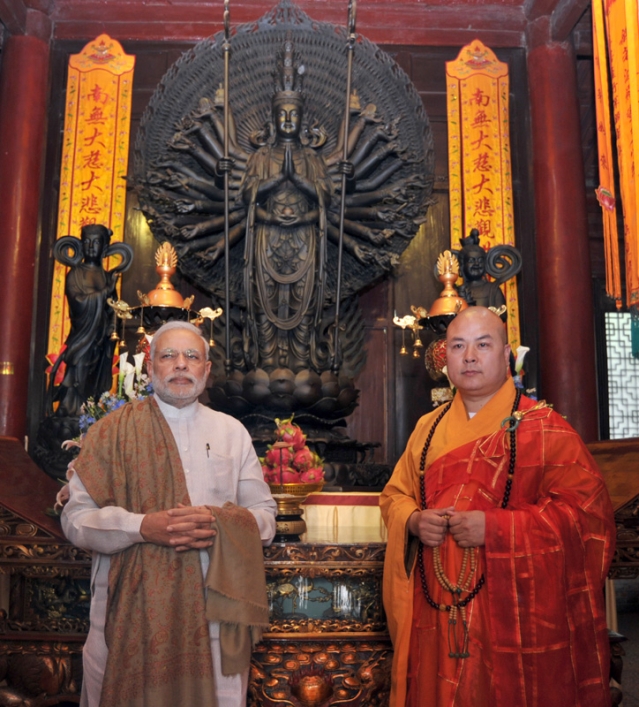 India’s engagement with China in the twenty-first century must be driven by both hard and soft power.

There is plenty of evidence to suggest that China has a clear “strategic intent”. They wish to defeat the US in every area of human endeavor, and they intend to be number one: militarily, economically and in every other way. So they are focused single-mindedly on that goal while the Americans got into hubris and imperial overstretch.

In this context, India does not merit much attention, so far as the Chinese government is concerned. It is merely a nuisance which they have successfully contained in a ‘South Asia’ sandbox, using a pincer movement: Tibet and Pakistan, both effectively under the Chinese thumb.

Besides, from the time of Mao and Chou En Lai, they have measured Indian leaders and found them wanting. I wrote in Outlook magazine ten years ago (“What if India had won the 1962 war?”) about how 1962 was a point of inflexion: a China that was struggling after the disastrous Great Leap Forward managed to humiliate India only because the latter’s leadership was naive. “Useful idiots”, Chou En Lai scornfully called them.

After Deng Xiao-Peng’s opening up to the world, and especially after accession to the WTO, China has progressed enormously, while India has stagnated. Though both countries had roughly the same per-capita incomes in 1962, China is now at least two-three times richer per capita now. The gap appears unbridgeable, although it probably isn’t so: sustained 10% growth can get us to prosperity, although they will be ahead.

Prime Minister Narendra Modi’s trip to China was intended to send several signals that China shouldn’t write India off: in fact, the whole idea should be to induce the Americans and the Chinese to woo India, because both the current hegemon, the US, and the would-be hegemon, China may need India to dominate the world. For India is the only other country that has the capacity to equal them in the near future, wishful thinking though some may feel that is.

India is the only country that has the size, the population, the cultural heritage, to challenge the G2; indeed, some observers think that India, if a number of fortuitous things happen, could even overtake both of them to become the largest economy by 2050. Stranger things have happened. Californian social scientist Joel Kotkin (‘Tribes’) once told me that people used to laugh at him twenty years ago when he predicted that China would rise; now people laugh at him when he predicts India will rise.

From a game theory perspective, it suits both the US and China to have India on their side, grow a little powerful, but not too powerful. That is, to be a large supplier of raw materials and a large market of manufactured goods, without threatening their core interests. This, of course, doesn’t suit India, but it behooves India to pretend to be on board this program, and to imply to both that India is with them. Presumably then both sides will ply India with goodies to keep her in good humor.

In essence that is what Prime Minister Narendra Modi is doing. The bonhomie with Barack Obama (startling considering his visa ban on Modi), the constant references to “Barack”, the joint statement about freedom of navigation in the South China Sea, and cooing noises about nuclear cooperation were all pure marketing. But then he pushed back against the US at the WTO over food issues.

Similarly, as I write this, PM Modi is making nice with the Chinese, but at the same telling them in no uncertain terms that it is up to them also to take proactive steps to improve the relationship. The standard Chinese practice is to treat all visiting heads of state as vassal kings paying tribute to the Chinese Emperor, which was their imperial vanity until it was shattered by the British using Indian opium. For instance, they used the rude pinprick of showing on state-controlled TV maps of India with both Arunachal Pradesh and all of Kashmir missing from India’s territory.

Both, the government and the people in China are anti-India, a priori. But India does have one trump card: religion and philosophy. Just as Indic ideas colonized Indo-China and the rest of ASEAN quite peacefully, they colonized China to an extent as well. This happened because Indian ideas were useful.

There was Bodhidharma, a monk claimed both by Kodungalloor in Kerala and Kanchipuram in Tamil Nadu, who took kalari payat and its science of pressure points to a monastery in China, whence karate and acupuncture perhaps; and for good measure he later invented Zen Buddhism in Japan (zen is Sanskrit dhyana and he is the preceptor Daruma).

There were the Chinese monks who came to India to study at Nalanda: Fa-hien and Hsiuen-Tsang left detailed, and glowing, accounts of the prosperous Holy Land they found. Just as Japanese Buddhists find India a land of pilgrimage, and Japanese heritage tourists look kindly upon India as a spiritual (although, alas, dirty) land, it should be possible to use India’s considerable soft power to attract China.

Thus, a propaganda blitz that encourages the study of Sanskrit, and Pali, and yoga and ayurveda may be a good use of soft power to win over the Chinese public (after all, yoga now has the blessings of the West, which matters to the Chinese too). Their government may also be worried about the increasing trend of Chinese to convert to Christanity, because once they do, they may listen to the Vatican (as an example, China just banned crosses on rooftops). No such problem with the Dharmic religions: Hinduism is compatible with Buddhism and Taoism.

It has to be, however, not just soft power. There needs to be hard-nosed negotiation and the growth of hard power and alliances (with Japan, Vietnam, maybe Taiwan and Mongolia) as well. Iron hand in velvet glove and all that. Unless India shows that it will have the capacity and the will to go to war, and that it would not be a cakewalk for China, they will continue to disrespect India. After all, they are aware that their armed forces are sort of a Potemkin force with unknown capabilities, and in fact were crushed by Vietnam in 1979 (although they have bulked up a great deal since, especially at sea).

Thus India has to use both honey and vinegar: soft power to attract, and hard power to deter. The hard power should include the ability to hurt Chinese interests. They are past masters of diplomatic theater, constantly probing for weaknesses, but retreating in the face of resistance. India should be prepared to go to war, but should deter Chinese misadventures by having the ability to give them a serious bloody nose. As an American president said, “Speak softly, but carry a big stick”. Then they will calculate it is better to go to war with someone more easily bullied.