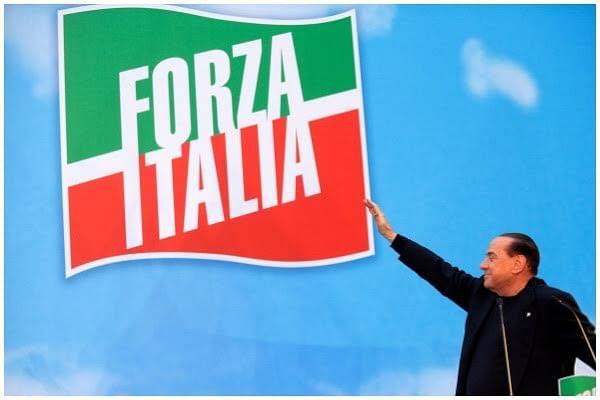 One of Italy’s most popular desserts is tiramisu. A mouth-watering blend of the rich flavours of cocoa and espresso with mascarpone cheese, layered with light and delicate sweet sponge savioardi ladyfinger biscuits. The name tiramisu literally means “pick me up”.

Italy goes to the polls on 4 March and the country could do with a healthy dose of "pick me up”. Italy, the third largest economy in the Eurozone, hasn’t grown in any meaningful way for over two decades. It has a debt/gross domestic product ratio of 135 per cent (the fourth highest in the world behind Japan, Greece and Lebanon) and a youth unemployment rate of over 35 per cent. According to the Corruption Perceptions Index (CPI) prepared by anti-corruption organisation Transparency International (TI), of all the developed economies, Italy is the most corrupt and, in the EU, it is outdone only by Greece and Bulgaria.

However, opinion polls don’t hold much hope for a “pick me up”. No single party or indeed no pre-poll alliance is expected to secure a majority. The most likely outcome is a hung parliament that leads to the formation of a grand, cross-party coalition supported by the larger parties. Forza Italia, party of former prime minister Silvio Berlusconi, seems to be in a strong position to influence the formation of the next government. While I do not see any immediate risk of Italy leaving the euro, one must still bear in mind this quote from Berlusconi in October 2015:

“I remember, after the Second World War, there was a second currency in circulation, parallel to the lira, from 1943 to 1953. I don’t say let’s get out of the euro, but there is no legal directive in the European acquis that would prevent from introducing a national currency. We already have a name for it, it’s called lira, and the exchange rate against the euro would be given by the market. Why not give it a try?”

Despite its high debt to GDP ratio, Italy’s main problem isn’t that it borrows too much - the issue is its nonexistent growth. Italy has shouldered debt-to-GDP ratios well above 100 per cent for almost two decades now and, in 1999, when Italy officially adopted the euro, its debt-to-GDP ratio was 126 per cent. Italy has hardly grown during this time. According to a study by the think tank, the Bruegel Institute, between 1999 and 2016, the average annual rate of growth per head in Italy has been zero. For comparison purposes, that of Spain has been 1.08 per cent, France 0.84 per cent and Germany, 1.25 per cent.

A non-existent growth makes the debt problem worse as the risk of servicing the debt rises and threatens economic stability (as was the case post 2008). A full-blown meltdown then was prevented when the European Central Bank (ECB) stepped in and launched a Eurozone-wide rescue that brought the sovereign bond yields down drastically. As we now know, the economic downturn that Italy suffered during 2007-13, in many ways, was much worse than during the 1929-1934 Depression. Data suggest that investments collapsed by -27.6 per cent in the five-year period, against -12.8 per cent in the interwar depression. GDP declined by -6.9 per cent against -5.1 per cent. Italy, with the second largest manufacturing sector in Europe after Germany, lost approximately -24 per cent of its industrial production, going back to levels not seen since the 1980s.

The causes of poor growth in Italy are plentiful. Where to begin? Insufficient R&D, specialisation in low growth traditional sectors, lack of technology companies, poor corporate governance, high levels of corruption, a poor judiciary and inflexible labour laws, a welfare system based on the protection of jobs rather than workers, a lack of investment, a currency that it can’t devalue to gain competitiveness or inflate debt away, the lack of political unity to carry out any reform, the gradual erosion of the manufacturing base and an unofficial economy that is as large as 15 per cent of the GDP - to name but a few.

In unifying the country in the 19th century, Giuseppe Garibaldi may have succeeded in bringing together the three distinct regions - the republics of the North, the central Papal States surrounding Rome, and the southern Kingdom of Sicily, but Italy has remained a collection of distinct regions. The cultural divides have stayed impervious to the passage of time and change. GDP per capita in the south is nearly 40 per cent lower than in the north and Central Italy.

Tinkering on the edges and paying lip service to reform so far mean that the outlook isn’t very bright for Italy. The ECB’s easy monetary policy over the last five years may have pushed the recent GDP growth rate in Italy to +1.5 per cent, but what will happen when the ECB winds down its Quantitative Easing program and interest rates rise? A re-run of the rising sovereign bond yield and questions about the viability of Italy’s economy and its ability to service its debt are bound to arise again.

Italy, in my mind, is a slow sinking Venetian lagoon which may offer you the pleasant distraction of a gondola ride, but be aware of the risk lurking under the water, as the foundation erodes and the ECB cannot forever keep plumbing the problem away. Italy constitutes the real challenge for the future of the euro. Of course, getting the lira alone will not solve Italy’s problems. Between the abandonment of the fixed exchange rate of the lira against the US dollar in 1973 and adopting the euro, Italy experienced high inflation and currency devaluation. Whilst at the beginning of the 1970s, one deutsche mark bought 160 Lira, towards the end of the 1990s, it bought about one thousand. The euro, very perversely, may have shielded Italy from its own political fire.