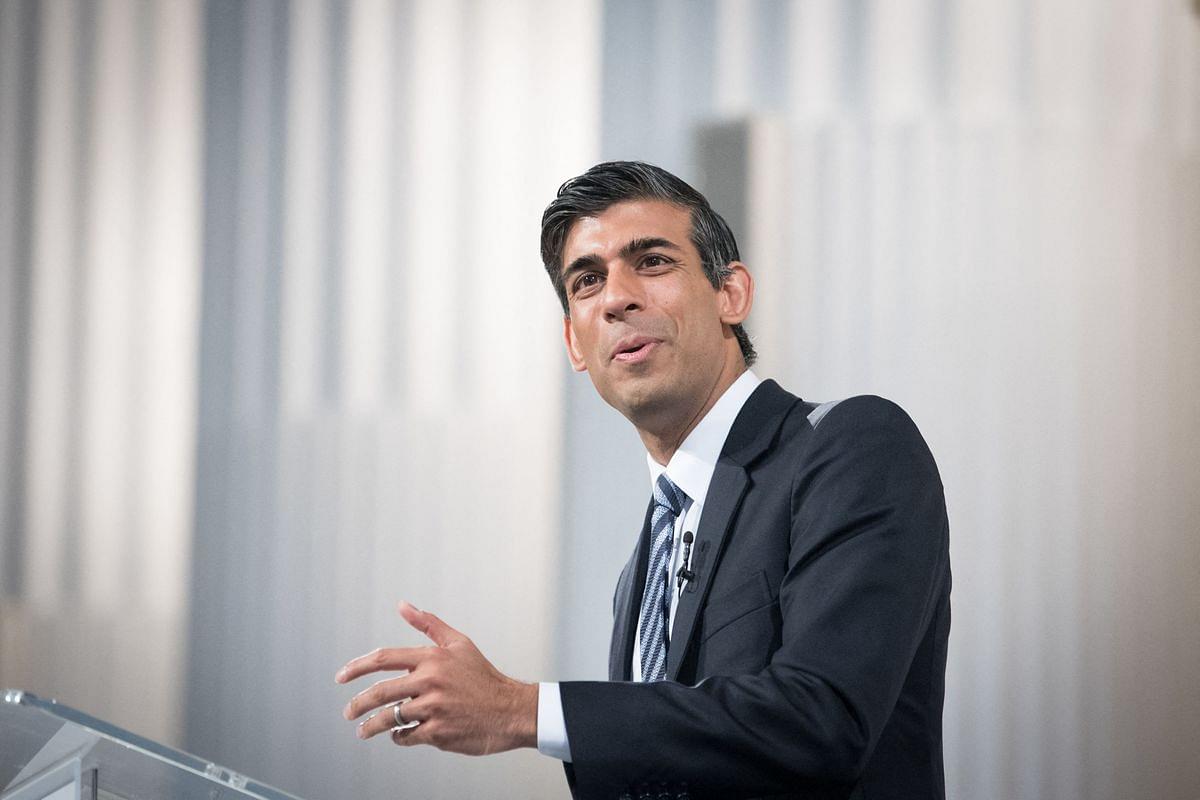 Sunak joins fellow Indian-origin candidate Suella Braverman, the UK Attorney General who is among the early Tory MPs to announce her plan to contest.

“I’m standing to be the next leader of the Conservative Party and your Prime Minister. Let’s restore trust, rebuild the economy and reunite the country,” said Sunak as he launched the #Ready4Rishi campaign bid on Twitter.

The former UK Chancellor who stepped down earlier this week triggering a deluge of government exits, is seen as a credible contender and a frontrunner in some party quarters.

The 42-year-old MP and son-in-law of Infosys co-founder Narayana Murthy was believed to be next in line to Johnson to take over at 10 Downing Street as he proved his mettle in the early months of the pandemic with a series of mini-budgets. However, his popularity took some beating in recent months as the cost-of-living crisis escalated and he was forced to take some tough tax hike calls.

Earlier, Tom Tugendhat, Chair of the powerful House of Commons Foreign Affairs Committee, declared his intention to contest soon after UK Transport Secretary Grant Shapps indicated he will also be vying for the top job.

There are now five confirmed contenders, including Tory backbench MP Steve Baker, since Johnson announced his resignation as Tory leader on Thursday.

The 58-year-old member of Parliament for Uxbridge and South Ruislip in London plans to stay in charge as caretaker Prime Minister until the process of electing his successor is completed.

“In politics, no one is remotely indispensable and our brilliant and Darwinian system will produce another leader equally committed to taking this country forward through tough times,” Johnson said in his resignation speech on the steps of Downing Street.

A timetable for the Tory leadership race is due to be confirmed next week by the party’s 1922 Committee and the new Prime Minister is expected to be in place at 10 Downing Street by September.

“I am putting together a broad coalition of colleagues that will bring new energy and ideas to government and, finally, to bridge the Brexit divide that has dominated our recent history,” Tugendhat, a former soldier, writes in ‘The Daily Telegraph’ about his leadership bid.

“I have served before – in the military, and now in Parliament. Now I hope to answer the call once again as prime minister. It’s time for a clean start. It’s time for renewal,” said the MP for Tonbridge and Malling in south-east England.

The 49-year-old is considered a strong contender for the post of PM as a member of the One Nation Group of Conservatives, with the backing of a considerable group of his party colleagues.

Grant Shapps, meanwhile, has been described as a “great choice” for leader by Robert Courts, a minister in his department, who said the party needed someone “who has experience” and is “able to campaign”, a reference to Shapps’ former role as Tory party chairman.

It comes as Goan-origin Suella Braverman emerged as one of the first candidates as she declared that her work as Attorney General prepared her for the challenges of the highest political office.

“I want to embed the opportunities of Brexit and tidy up the outstanding issues,” she said.

Sunak’s successor in the UK Treasury, new Chancellor Nadhim Zahawi, is also seen as a strong contender, as is Pakistani-origin former Cabinet minister Sajid Javid. Former Foreign Secretary Jeremy Hunt, who came second in the 2019 Conservative leadership contest, Defence Secretary Ben Wallace and Foreign Secretary Liz Truss are others seen as equally robust candidates if and when they decide to contest.

UK Home Secretary Priti Patel, who is also among the senior Tory names doing the rounds, has not indicated her plans for a bid so far.

In a Twitter statement on Friday, the 50-year-old Gujarati-origin minister said: 'The position of the Home Secretary demands the holder of the office to be entirely focused on the business of the government and our national security.

“At this critical time, my duty is to continue to lead this Great Office of State, to protect our national security, and keep the citizens of our country safe. I will continue to work closely with colleagues across government and our partners and agencies to ensure these important responsibilities are upheld,' she said.

A few others who were expected to run, including Deputy Prime Minister Dominic Raab and sacked Cabinet minister Michael Gove, have reportedly ruled out a leadership bid.

The Conservative Party’s 1922 Committee of backbench is responsible for setting the timetable for a Tory leadership contest and to take part in the Tory elections, an MP has to be nominated by at least eight colleagues.

If more than two MPs put themselves forward and secure enough nominations to run for leader, a series of secret ballots are held to whittle them down to a final two, who then go head-to-head in a final round of votes to elect a new leader.