Taliban Could Bleed Pakistan With A Thousand Small Cuts 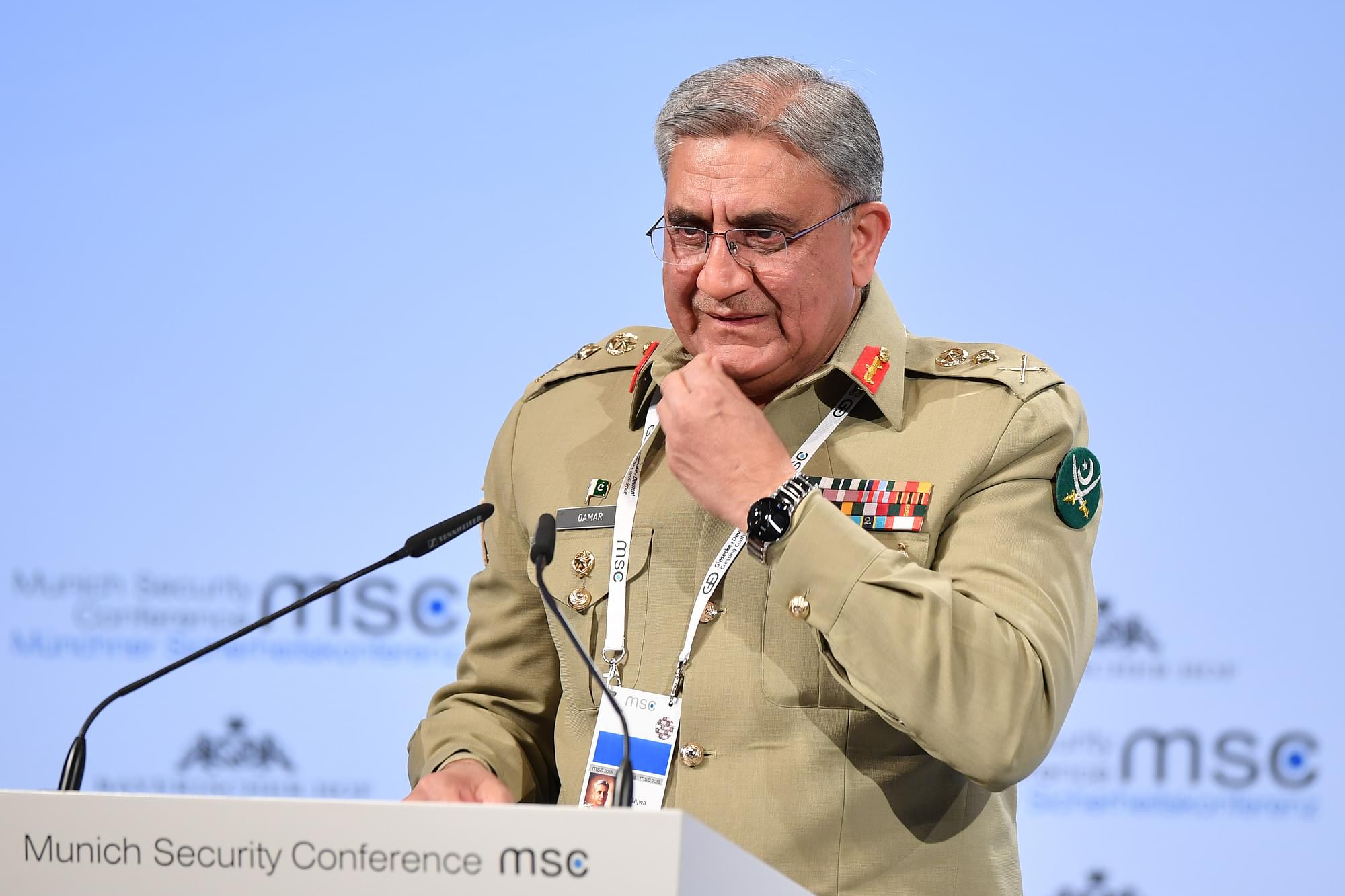 As the Taliban advances towards Kabul, Pakistan’s chief of army staff General Qamar Javed Bajwa is a worried man. A Taliban government in Afghanistan could prove a poisoned chalice for Islamabad, bleeding it with a thousand small cuts.

A quick Taliban victory over the Afghan National Defence and Security Forces (ANDSF) is, however, by no means certain. The Taliban controls around 50 per cent of Afghan territory but hasn’t been able to capture a single provincial capital in Afghanistan’s 34 provinces.

As General Mark Milley, chairman of the US joint chiefs of staff, conceded at a Pentagon press conference alongside Defence Secretary Lloyd Austin: “A Taliban automatic military takeover is not a foregone conclusion. The Afghan security forces have the capacity to sufficiently fight and defend their country, and we will continue to support them where necessary in accordance with the guidance from the president and the secretary of defence.”

On 25 July, General Kenneth McKenzie, head of the US Army Central Command, declared: “The US has increased airstrikes in the support of Afghan forces over the last several days, and we are prepared to continue this heightened level of support in the coming weeks if the Taliban continues their attacks. The Taliban are attempting to create a sense of inevitability about their campaign. They are wrong. Taliban victory is not inevitable.”

Even if the Taliban manage to overcome Afghan forces in the coming weeks and months, civil war could break out, tearing the fractured country apart. The ethnic Tajiks, Hazaras and Uzbeks, who form a significant majority in northern Afghanistan, are implacably opposed to the Sunni Taliban. Internecine warfare is inevitable.

Nearly three million Afghan refugees already live in Pakistan. Though Islamabad has fenced its 2,640-km border with Afghanistan, a fresh exodus of Pashtun refugees could pour across the Durand Line following a Taliban takeover.

The Taliban has said it will impose strict Sharia law across the country. Girls will be allowed to attend school and college or work in offices but only in full hijab. Even that is likely to be challenged by radical elements in the faction-ridden Taliban. Within the districts it controls, the Taliban has “hunted” down Afghan girls as young as 15 as wives for its fighters. Girls who resist have been abducted as sex slaves.

Pakistan believes it can control the different elements in the Taliban but General Bajwa, a rare realist in the Pakistani army, knows that is wishful thinking. The Tehreek-e-Taliban Pakistan (TTP) faction is fiercely opposed to the Pakistani military. It has in the past attacked Pakistani army assets and civilian targets.

The Pakistani military launched an all-out offensive, dubbed Zarb-e-Azb, against the TTP in 2014, eroding its ability to attack targets on Pakistani soil. Most Tehreek-e-Taliban fighters have now regrouped in Afghanistan. Following a Taliban takeover, they could mount major attacks on infrastructure in the China Pakistan Economic Corridor (CPEC), a key component of Chinese President Xi Jinping’s legacy project, the Belt and Road Initiative (BRI).

The Taliban has lost control over its different factions, some of which have close ties with Al Qaeda and the Islamic State (IS). With the US military withdrawing completely from combat operations in Afghanistan by end-August, Pakistan is banking on China to play an increasingly proactive role.

Beijing though has deep concerns. It summoned Pakistan’s Foreign Minister Shah Mahmood Qureshi to China on 23 July for a dressing down following the death of nine Chinese engineers in north-west Pakistan. The engineers were working on a hydro-electric power project in the upper Kohistan district of Khyber Pakthunkwa.

An explosive device placed in the bus the Chinese were travelling in caused it to fall into a ravine. Chinese official media and spokespersons called it a terrorist attack, dismissing initial Pakistani attempts to pass it off as a gas explosion in the bus. China’s Foreign Minister and state councillor Wang Yi warned Qureshi at their meeting in Chengdu, capital of Sichuan province, that such terror attacks on Chinese nationals will not be tolerated.

China is also concerned about the 76-km border it shares with Afghanistan. The border runs along the Wakhan corridor leading to Xinjiang, China’s large northwest province that is turning into a hotbed of radicalism.

Over a million Uyghur Muslims have been incarcerated in prison-like detention camps which the Chinese call re-education vocational centres. Xinjiang has, over the years, been re-populated by ethnic Han Chinese in a forced Sinification programme. They now outnumber Uyghur Muslims in the province.

This has given the Turkestan Islamic Party (TIP), moribund for a decade, but which supports radical Uyghur separatists, fresh cause to attack Chinese assets in Xinjiang.

As Wang Yi told Qureshi at their meeting in Chengdu: “We will combat terrorism and push all major forces in Afghanistan to draw a clear line against terrorism, firmly combat the East Turkestan Islamic Movement (ETIM) and other terrorist forces and resolutely stop Afghanistan from becoming a hotbed of terrorism.”

Complicating the situation is the Baloch Liberation Army fighting to free Balochistan from Pakistani occupation. The presence of ethnic Baloch in Iran on Pakistan’s western border is a further source of unrest. It has drawn Iran, Russian and Turkey into the Afghan cauldron. All three countries have radical elements who will benefit from an Afghanistan torn apart by civil war.

Pakistan created the Taliban terror group in the early 1990s when Benazir Bhutto was prime minister. The Taliban has functioned for three decades as an outsourced terror arm of the Pakistani military. But as former US secretary of state Hillary Clinton said in 2014: “You can’t keep snakes in your backyard and expect them only to bite your neighbours. You know, eventually those snakes are going to turn on whoever has them in the backyard.”

The Taliban offensive and withdrawal of US ground troops have, however, had one positive outcome: they have exposed the deepening and malignant nexus between China and Pakistan.

By hosting the Taliban’s co-founder Mullah Abdul Ghani Baradar in China last week and paying lip service to the fictitious notion of the Taliban abandoning terrorism, Beijing has once again cast itself on the wrong side of history.

The US Secretary of State Antony Blinken during his visit to India placed Washington firmly on India’s side by pledging increased air support to the Afghan forces and backing India’s long-term development strategy in Afghanistan.

A Graveyard Of Empires

Afghanistan has been the graveyard for three empires: British, Russian and American. The Chinese don’t want to be the fourth empire to be sucked into the quagmire of Afghanistan’s competing warlords. They will let Pakistan police a Talibanised Afghanistan. Instead of providing Islamabad with strategic depth, Afghanistan could then present it with a strategic liability.

One reason why General Bajwa sought peace with India on the Line of Control (LoC) — which has held for over five months — is the belated recognition that the Pakistani army will have its hands full on its western front.

A radicalised, Pashtun-led Talibanised Afghanistan will create greater radicalism in Pakistan which already has a large restive Pashtun population. Breeding the Taliban in its backyard could further spread the poison of Islamist terrorism through Pakistan’s sectarian veins.