Turkey Scuffles With The Netherlands – Why And For Whose Benefit? 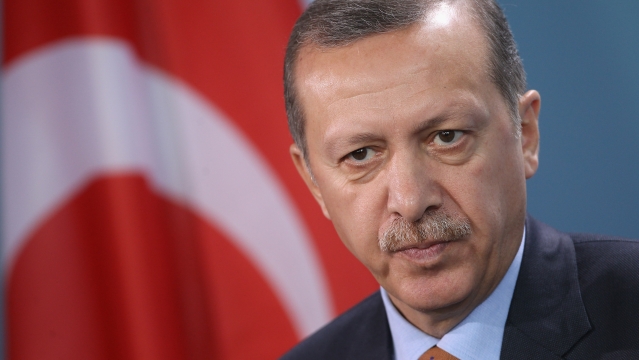 For some weeks now, the tension between the Turkish and Dutch governments has been escalating, and there does not seem to be any let-up. Not something that would normally pique our interest, but it is something that brings to light various elements of the churn that is taking place in the political milieu from Turkey to Scandinavia.

To bring some clarity on the ongoing Turkish-Dutch spat:

Elections in Holland were yesterday (15 March)- general elections for the country's leadership. Results will be known today.

It was in anticipation of this, and the distinct possibility of public unrest (as well as the fact that there is a legal grey area on the question of Dutch citizens of Turkish origin also maintaining Turkish citizenship), that the Dutch government requested the Turkish government not to campaign on Dutch territory physically over the referendum to expand the powers of Turkey's President Recep Tayyip Erdogan. Be aware that dual nationality is not permitted in the Netherlands (with some exceptions), but anybody of Turkish origin has citizenship of Turkey and voting rights as per that country's laws.

It is this grey area that Erdogan's government stepped into with its insistence that not only will they campaign physically on Dutch territory, despite the initial Dutch request to not do so, but that full-fledged cabinet ministers will be doing it - namely the foreign minister and the minister for family affairs. When Holland refused this, Ankara threatened sanctions.

Holland did not take this lightly, considering their own electoral situation. The so-called "extreme right wing" there (Geert Wilders and his party PVV) is gaining ground, against the centre-right orientation of the current Prime Minister Mark Rutte. It is a delicate balance, and Erdogan's injection of his country's politics into the local election environment in the Netherlands does not benefit the Dutch government in any way; though it plays nicely into Wilders' hands. (It is another matter entirely that Wilders' party, though considered extreme right wing and described as such, has a policy platform that is super-liberal in many respects compared to many of the countries where the media actually label him extreme right).

So the Dutch government stuck to its word. It prevented the Turkish Foreign Minister from coming into the country and repatriated the Family Affairs Minister Fatma Betul Sayan Kaya after she travelled by road over the German border rather surreptitiously. It was reported that she travelled in multiple convoys to throw the Dutch authorities off track on her way to the Consulate in Rotterdam. She was intercepted, taken back to the German border and repatriated.

Be aware, meanwhile, that Turkish television is beamed freely into homes in the Netherlands and there is no opposition from the Dutch government to Turkish officials campaigning via electronic means.

Dutch action against the ministers sparked off riots in the port city of Rotterdam, which left the Dutch police (probably the most laid-back and friendly police force in any major country) with little choice but to put an end to it by regular means of riot control- horse-mounted police, the use of police dogs, water cannon, etc.

Rotterdam's Mayor Ahmed Abou Taleb (yes, you read that right), a very well-regarded politician in Holland, got the situation quickly under control with excellent police work as well. Abou Taleb, born in Morocco and the son of an Imam, pointed out later that he had special police officers with permission to shoot on standby "in order to be sure that if it came to an encounter, we would have the upper hand". A very well considered and no-nonsense approach from him, for which the Dutch have a lot to be thankful for as the riots could easily have degenerated into something far uglier.

It is in this climate that Erdogan was busy labelling the Dutch, of all people, as "Nazi remnants" and "racists" and the like. Apart from the utter ludicrousness of the allegation, considering that the Dutch suffered enormously under Nazi occupation and resisted mightily against it, such statements simply fed into the fire of animosity and "whataboutery" (as our own infamous mainstream media call it) against Turkey that is building in Europe.

This is because of Erdogan's policies:
(a) against the Kurds,
(b) in favour of the Islamic State(IS) in recent years,
(c) that suggest moves away from democracy, and
(d) a revival of what many consider to be latent Ottoman expansionist tendencies.

The Dutch government, which is very reserved and not much into hyperbole and drama, has been as composed as it is possible to be under such circumstances. The only "aggressive" comment, if one can call it that, that this writer has personally seen is one where the Prime Minister called on the Turkish leader to "calm down".

At the moment, all the government seems to want to do is to go about its own electoral business without this unwelcome Turkish intrusion - in every sense of the word. That has not been achieved. The events of the last week are certain to have had an impact on the outcome, though I suspect not much.

The question then is: what was Erdogan's motivation in stirring up this international political squall? There are only about 400,000 Turkish origin people in the Netherlands. It is not like their votes would have made a major dent in the results of his presidential referendum. What then?

It was, in all probability, a campaign tactic aimed at boosting votes within Turkey where his authoritarian ambitions are finding less traction than Erdogan may have hoped for. The tool used was the popular resentment against Europe, which has been growing - and hence the labels of "Nazism" and "racism" - both of which resonate keenly in the Turkish psyche. And the stage for the drama was the Netherlands, which was probably assessed as a country that would be least likely to retaliate with major impact.

Remember, Germany which has a much larger Turkish-origin population was not the stage, although politically that would have been more appropriate for vote generation in his favour. But Berlin can push back in a manner much harder than the Netherlands can. So the smaller fish was baited.

However, the Dutch influence has probably been underestimated. This entire drama, which is likely to die down in a couple of months maximum, is not going to help the Turkish leader.

The real problem though is not that. The real problem is that it will not help Turkey as a country. Erdogan has through this incident (as in others in the past) undermined, a little bit more, the long-term interest of the country at the altar of his personal ego. Unsurprisingly sultan-like that.