UNESCO Tries To Rewrite Jerusalem’s History: Why Did India Play Along? 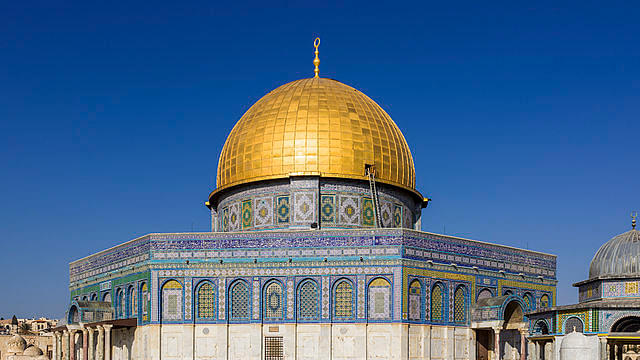 On 15 April, its 58-member Executive Board adopted a resolution that explicitly endorsed the exclusive Islamic claims and narratives over the city of Jerusalem by quoting to “al-Aqsa/Haram al-Sharif” without any reference to the Jewish history or the erstwhile presence of the two Jewish temples in the city.

Sponsored by Algeria, Egypt, Lebanon, Morocco, Oman and Sudan, all members of the Organization of Islamic Cooperation, the resolution, critical of Israel’s practices, was supported by 33 countries including India while six voted against and 17 abstained. Ghana and Turkmenistan did not take part in the vote.

The central element of the UNESCO resolution was not its condemnation of Israel but its anti-Jewish contents which would make those unfamiliar with the history of the city conclude that Jerusalem has been an Islamic city since the days of Adam and Eve.

When one talks of Jerusalem, the prime focus is not on West Jerusalem that has been under the Israeli control and sovereignty since 1948, or East Jerusalem that it captured from Jordan during the June war or the municipal limits of the city before or after 1967. One is not even referring to the partition of the city in the wake of the 1948 Arab-Israeli war, formalized through the Armistice Agreement signed between the Hashemite Kingdom of Jordan and Israel on 3 April 1949.

The contest is primarily over the Walled City where the sacred sites of all three Abrahamic faiths—Judaism, Christianity and Islam—are located.

While it is geographically possible to separate the Christian holy sites from the other two, the Jewish and Islamic sites are closely intertwined and they literally exist one on top of the other. Like Judaism and Christianity, Islam is also closely linked to Jerusalem. For a brief period the city was the first kiblah (direction of prayer) before it was shifted to Mecca by Prophet Mohammed.

According to the Islamic tradition, Abraham was the first Muslim, a claim that can only be settled by the Patriarch of the Abrahamic faith himself than by his theological successors. Tradition also believes that Prophet Mohammed ascended to heaven from the present day Dome of Rock in the city, on a winged horse and was guided by Gabriel.

Even if one were to accept Abraham to be the first Muslim, the al-Aqsa mosque and hence the Haram al-Sharif cannot be dated before Prophet Mohammed or the birth of Islam. Hijri, the Islamic calendar begins in 622 AD, when the Prophet was forced to flee from Mecca to Medina.

According to the Islamic traditions, the armies of the second caliph Umar captured the city of Jerusalem in 637 AD and the small hall where he prayed became al-Aqsa mosque, which was inaugurated around 705 AD. Above all, except for the Crusader Period, from 637 AD Jerusalem remained under the Arab and the Islamic control until the arrival of the British in 1917.

In short, going by the Islamic traditions, history and beliefs, certain things are indisputable. The claim that Haram al-Sharif (noble sanctuary) being located in Jerusalem cannot be dated before 622 AD; Jerusalem (or al-Quds as it is known in Arabic) was not Islamic before 637 AD and al-Aqsa was not completed before 705 AD.

There is one more indisputable historic fact here.

While Islam considers itself to be a part of the Abrahamic faiths and the completion of the process of revelations, accepting a similar position vis-à-vis Jerusalem is problematic. Such a position would imply and recognize that al-Aqsa was built on top of the pre-Islamic Jewish religious site. Therefore, mainstream voices in the Arab and the Islamic world consistently reject the presence of the Second Temple in Jerusalem. Even after the Oslo accords, the Palestinian leader Yasser Arafat dismissed the suggestions of any Jewish link to the city.

The parochial approach towards Jerusalem is part of the larger Islamic approach towards non-Muslims. Under the concept of People of the Book or Dhimmi, Islam offers limited protection to the followers of Judaism and Christianity (to Zoroastrianism in Iran) as they accept the supremacy of Islam in return . Even fourteen centuries later Dhimmi is the only legal and theological framework available in Islam vis-à-vis the religions recognized by it.

Unfortunately, ‘protection’ is no longer a virtue in the modern era and the people of different faiths, races, colors, cultures, castes, gender and nations are no longer content with the patronizing concept of ‘protection’ but demand equality. Furthermore, theologically even this limited protection is non-available to non-Abrahamic faiths, namely, Hinduism, Buddhism, Sikhism and other heterodox sects of Islam.

Over time, the Islamic countries and societies have been presenting Jerusalem as an Islamic waqf property that cannot be ceded, in full or in parts, to a non-Islamic control or sovereignty. Theologically, Islam cannot present a different view of the city, especially the walled city, without undermining the legitimacy of the al-Aqsa mosque or Haram al-Sharif.

The central issue, therefore, is not endorsing Israel’s claims or condoning its omissions and commissions vis-à-vis Jerusalem but the ahistorical framing of the old city. Jerusalem is not Berlin or the Korean Peninsula, divided over ideological differences and where once bloc politics fails, walls and barbed wires could be replaced by union and unification. Jerusalem is a complex pheromone with varying layers of theological claims and contested histories.

Therefore, by voting in favor of the UNESCO resolution, Prime Minister Narendra Modi has opened a Pandora’s box not only over India’s understanding of the complexities but also its historical friendship towards the Jewish people that can be traced even before the destruction of the Second Temple. A multi-religious society like India should understand the complexities better than any other country in the world. Having failed to resolve the administrative responsibilities of the city of Chandigarh for half a century, mandarins of the South Block should have been more reflective of India’s own predicaments before prescribing solutions to other problems.

Modi has to confront a century-old legacy. Since the early twentieth century, ironically coinciding with the Khilafat struggle, the Indian nationalists perceived Jewish nationalism only through an Islamic prism and endorsed the Islamic claims over Jerusalem to the neglect of other narratives. This parochial view has led to India’s endorsement of the Islamic exclusivism over the city, including its support for East Jerusalem (including Jewish holy sites) being the capital of the future Palestinian state.

The central problem is not the criticisms of Israel but the denial of the Jewish claims to the old city. The NDA government not recognizing this distinction is odd to the say the least, especially when Prime Minister Modi and External Affairs Minister Sushma Swaraj do not hesitate to proclaim their friendship and admiration for the Jewish people. Nearly two years in power, the NDA government cannot take refuge under new-to-office clause.

Therefore, the UNESCO resolution wants us to believe, “Let there be light” was heard only in the seventh century and if this is the level of ‘education’ that the UN organization tries to impart, then it is time for India to leave the UNESCO.