Forces Driving a Change in Tamilnadu 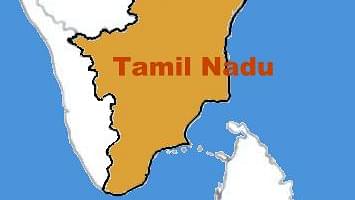 Tamilnadu is an atypical state in India where both Congress and BJP are politically irrelevant and dependent on the Dravidian parties’ viz. Karunanidhi led DMK and Jayalalitha led ADMK for winning elections. Since the death of MGR, these two parties have followed a perfect revolving door policy in governing Tamilnadu for the past 24 years. Ever since the heydays of the Dravidian movement in 1960s and the demise of Rajagopalachari, the land of temples has witnessed an increasingly shrinking space for right wing politics.

Until a few years back, the only right wing political space that appeared to exist was on a linguistic basis, acerbated by the sufferings of Tamils in neighbouring Srilanka. So much is the dearth for right wing ideas (both economics and politics); virtually every media house in Tamilnadu is of varying shades of Left. The only exception appears to be Cho Ramaswamy’s Tughlaq with limited circulation. The politically correct language in the dictionary of Tamil media is to espouse left-wing economic thoughts, secularism of the Dravidian variety, and Tamil linguistic identity.

Congress dominated the undivided Madras presidency since Independence. However the split between Rajagopalachari (swantara party) and Kamaraj irrevocably altered the political scene enabling the Dravidian movement to assume power in 1967. The split between MGR and Kalaignar Karunanidhi in the mid 70s further marginalized the role of congress. Since then Congress has been playing the role of “bridesmaid” with its 10 to 15% vote share piggy backing on the Dravidian parties.

The last five years have seen these shares waning down further. The role of BJP has been fringe at best with whatever little support restricted to pockets in Kanyakumari and Kongu (Coimbatore) districts. Their vote share has loitered between 2% to 4%; the only exception is the 1998 and 1999 elections when BJP allied with the Dravidian parties and won a handful of MP seats. BJP has thus far been perceived as a political untouchable in Tamilnadu.

But something appears to have changed suddenly in the ground!! The first part of this series performs an analysis of the forces that are driving this change.

The factors driving this change are complex and often counteracting. Some of these factors are short-term politics driven while others are longer term and socio-cultural/socio-economic in nature.

The first and easiest one to quote is the antipathy towards the Congress. Besides the corruption and governance issues of the UPA government in the centre, a popular belief has emerged that Congress is behind the sufferings of Tamils in Srilanka. The wave of antipathy was so severe in the 2011 assembly elections that congress and its ally DMK were decimated. In fact among the 5 congress MLAs in the TN assembly, only one comes from an interior district, all others are restricted to the border areas with Kerala and Karnataka.

This has made UPA and Congress an untouchable party for many of the outfits. Not that the opportunist politicians of TN would mind joining UPA-3 if they were guaranteed of a win. In the current national climate of anticipation of UPA drubbing, allying with congress is a big nuisance that can invite the wrath of Tamil nationalist groups. Hence even the “love-hate” relationship between 10 year allies, DMK and Congress appears to have turned sour for good.

Although the mainstream Tamil Media has been by and large dismissive of Modi and the Gujarat model of development, it has definitely caught the attention of middle classes and business classes. For a state severely affected by power blackouts, the 24-hour electricity of Gujarat is not something that can be easily dismissed. Three media houses Tughlaq, Kumudam group, and Trishakti padippagam have been giving positive views on the Gujarat model of development.

The threat of Auto industries (from Sriperumpudur cluster) and Textile industries (Tiruppur cluster) relocating to Gujarat due to manpower and energy availability has not missed people’s attention. There is a huge curiosity quotient that Modi has raised and it is hard to miss! The success of the Sep 26th rally in Trichy has ruffled several political feathers. For a detailed account, read here.

There is a subtle and genuine decline in the Dravidian ideologies and thoughts. Despite what the leaders of Dravidian parties say and their media houses write, the public at large appear to have seen through the smokescreen of Dravidian politics. Thanks to Director turned politician Seemaan, the year 2012 witnessed open criticism against Periyar’s (E.V. Ramasamy) ideologies and a consequent debate ensued.

Although the debate was triggered from the ultra-right linguistic side, the panic among Dravidian theologians was visible. They suddenly realized that their foundations are not so impenetrable. Now the linguistic nationalists and the supporting media houses are split as Dravidian variety (who are more centrist) and Tamil variety (who are ultra-right). Not that such debates matter a lot to the public at large, but the split opens an opportunity for right wing politicians to be critical of Dravidian political agenda, without the risk of being dismissed.

The twenty years of super-fast economic growth, rise in income levels of population, burgeoning middle class bracket, and rapid urbanization has had its effects. For one the value of left-wing economic thinking that has dominated the political discourse for several years has come into question. Although mainstream media houses such as Vikatan continue to spew venom against right wing thoughts, most of the middle classes have become apathetic to such views, at the least. Urbanization and emergence of nuclear families have resulted in a longing for spiritualism within families.

The moderation of the Brahmin hegemony in temples, arrival of OBC led spiritualism of the forms of Melmaruvathur Adhi Parasakthi movement have created a supporting environment. Today even the local DMK members publicly visit Hindu temples and conduct yagnas and havans without fear of rebuke from their state leaders. The perceptible change in all this is that, the anti-Hindu core paradigm of Dravidian movement is no longer able to dictate/influence individual actions.

The last two years has also witnessed hardening of positions between OBCs and SCs. The Dravidian movement united them on the same plank under the umbrella of anti Brahminism. The success of this movement is now being questioned by Dalit leaders and Scholars such as Ravikumar of VCK and Sivakami (Former IAS). Their complaint is that Dravidian movement has replaced the Brahmin hegemony with OBC hegemony and nothing in the ground has changed for the Dalits. However the urbanization, real estate boom, decline in farming have freed the Dalit farm labours from the clutches of land owning community.

Today they prefer to educate their children in private schools and take-up urban-centric jobs rather than toil in the farm for a pittance. This has resulted in the weakening of social power enjoyed by the land owning communities, further accentuated by the shortage of farm labour affecting their agricultural profits. The recent communal clashes in Nayakkankottai (Dharmapuri district) are perceived by many social analysts as a violent expression of the OBC community against the wealth accumulated by the Dalits from their urban jobs. This growing vertical fissure shakes the foundation of Dravidian politics.

Finally certain events in the last year have led to a subtle under-current of thinking that favours the politics that BJP espouses. Notable among them are the violent protests witnessed over the screening of thuppakki and vishwaroopam. It not only dismayed most of the “secular” middle classes, but has made them alert to the threat of emergence of a right wing politics of different kind. Even the centrist Muslim parties like IUML are now concerned about the emergence of Wahabi school of thought funded by Saudi petro dinars. (Read here for details).

These radical groups are resisting age-old practices of Dargah worship and Urs festivals and urging people to follow puritan practices such as shunning idol worship, mandatory cladding of burqah and sporting of beards. This change has raised concerns among the Hindu community on the endurance of the secular social fabric that Tamilnadu has been famous for.

The serial killing of BJP and Hindu outfit leaders in the past two years and the subsequent bursting of an alleged terror network have also added fuel to this thought process. Many people are now beginning to see the pitfalls of minority appeasement politics at the cost of national security and personal religious freedom.

To conclude the situation in the ground before the 2014 elections is radically different from what it was in the previous decade. On a short-term basis the prevalent Anti Congress mood opens avenues for discussing alternatives; and even Modi is not an untouchable as observed in the writings of Tamil nationalist writer and activist Thamizharuvi Manian.

The long term socio-cultural changes have weakened the grip of Dravidian theology on the 70% population that lives in urban dwellings. Issues such as growth, infrastructure, national security and equality in treatment are beginning to gain traction. Thus the dynamics in the ground have changed and opened up space for alternate right wing politics.