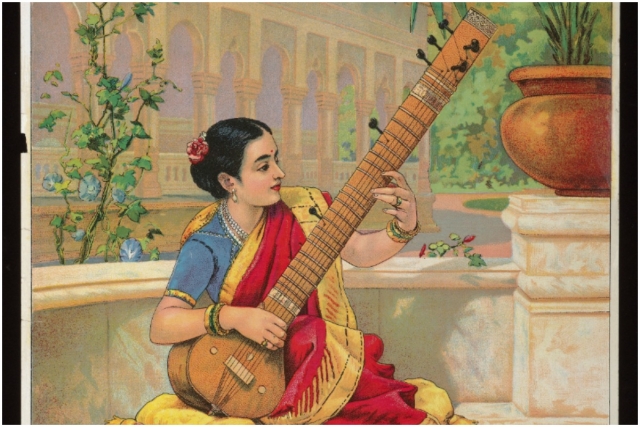 Artificial intelligence (AI) is a discipline that tries to simulate or imitate human behaviour through the means of other devices like computers or robots. AI comes in a variety of ways. There are many categories of AI. The earliest versions of AI were expected to do calculations, may be of complex nature and time-consuming, with ease and faster than humans. These types of AI are highly useful to humans. This is known as weak AI.

There are many decision-making expert systems that can analyse the situation (of course data needs to be fed in) and they then generate several possible scenarios and suggest a probable solution. Now, due to phenomenal growth of Information Technology (IT) in recent decades, stronger versions of AI are emerging. Now AI is venturing into the so-called ‘humane and aesthetic’ domains such as music and fine arts.

The very idea of artificial intelligence painting a picture or composing music evokes awe from people. But AI software has advanced so much in the last few years that now the concept of AI is considered a welcome yet slightly feared novelty. It has become a useful tool for musicians and music composers to help in their creative process. This certainly raises the question, would AI one day replace human musicians? Will Sophia or Alexa sing a song? These questions are valid and real.

AI has been a very effective tool to compose music. It has been in the industry for quite some time. Unknown to the masses is the fact that professional music composers in the industry are already using such AI-enabled expert systems to help them in generating new melodies and eventually composing music. Now, there is a huge industry being built around AI systems for creating music, including the IBM WatsonBeat, Google’s Magenta project and many others. It means AI music is around and it is serving natural creative musical intelligence in a very positive way.

Most of the existing systems of AI music use so-called `deep learning’ artificial neural networks (ANN), a type of AI that depends on analysing large amounts of data. Basically, you need to feed the software system, lots of data as a source material, mainly existing compositions in the case of music. This is taken as the best cases of music by the ANN system. Then the ANN system analyses the data to find patterns. It scans musically important elements such as chord progressions, tempo, length, duration, rhythm, harmony, melody and how notes relate to one another so on and so forth.

This analysis, results in the so-called `learning’ or `deep learning’. Using the repetitive patterns from all these inputs, the ANN system then writes its own music. There are differences between systems: some learn purely by analysing data, while others depend on pre-defined encoded rules based on musical theory.

The second type of systems is called AI expert systems. The idea is that these systems possess the knowledge of a domain expert in the form of a set of rules. Someone who is into music-making will find it a weird that just a software code can do what I am doing. AI is currently good enough to make simple, acceptable music. How long it will take to create an aesthetically pleasing music? And if it gets there, what does it mean to human musicians?

But people who are working in the field of AI music believe it will ultimately reap positive benefits. AI systems making music sounds crazy because it mirrors human capabilities that we consider a gift. It should instead be looked at as a versatile tool that can enhance the said human creativity.

AI as a collaborator between human mind and machine may be a boon to future music. On the one hand, it will democratise music and on the other, free musicians from mundane music-making, and who would be able to concentrate on higher realms of musical creativity.

This would be similar to photography replacing portrait paintings years ago, with artists inspired to explore artistic activity in completely innovative ways that gave birth to Impressionism, Cubism and many modern art trends of the nineteenth and twentieth centuries.

Most of the AI music work is happening in the West. In India, there were a few attempts in the past that were not highly successful. However, now, because of more awareness, and since AI has come of age, the times are changing. Many researchers are aspiring to develop AI music systems. Indian classical music has a very rich tradition. Contemporary Indian music is a confluence of a variety of musical aspirations, socio-political necessities, growth of science and technology and so on and so forth.

Today, as the next step, advances in computers and artificial intelligence technology, opened up new avenues for music-making. Many musical minds are already exploring these advances and are looking forward to new horizons. Dr Vinod Vidwans has made painstaking efforts to take these explorations beyond the current practices. He has achieved some revolutionary results. His system tries to explore the possibility of `computer-generated’ Indian music or computational Indian music using AI. More information is available in: computationalmusic.com

This research resulted in an artificially intelligent creative expert system that generates a ‘bandish’ (a musical composition) in a given raga and renders it in a traditional style. The system generates a bandish on its own without any human assistance. The system is tested with a number of ragas such as Hamsadhwani, Dhanashri, Malkaunsa, Maru Bihag, Kalavat’, Desha, Bilaskhani Todi, and Bhairavi and so on from both Hindustani as well as Carnatic music.

This expert system is supposed to possess the knowledge of an expert in the domain of Indian classical music. Therefore, the principles, concepts and conventional knowledge base of Indian music have been encoded in this system in the form of generic rules to generate music. It’s a rule-based system. It does not have any database of ragas. In fact, on the other hand, it generates the required musical data following the rules. This is the ‘generative’ strength of artificial intelligence.

It also generates a text file giving the details of the composition so that you can document the textual description of the raga-rendering for future reference and analysis. It can be a useful tool to learn music and understand these rules with the help of a text file.

The AI expert system is also capable of generating the phrasing appropriate for a specific raga while rendering, so it is useful for experienced musicians to use it as a supplementary tool for riyaz (practice). The system can be useful for researchers in musicology for testing existing theoretical concepts in Indian music.

For a common listener, the system can be a handy device to generate a new composition every time you want to listen to a specific raga. If you like the composition, you can save it and listen to it again and again. The system keeps generating new compositions without repeating them.

The system is a result of extensive study of the ancient treatises, manuscripts and tomes on Indian music such as Naradiya Shiksha, Natya Shastra of Bharata, and Sangeet Ratnakara of Sharanga Deva which provide common foundations for Hindustani as well as Carnatic music. Study of these treatises, resulted in the development of a theoretical framework for generating Indian classical music on computers.

These efforts provide the foundation for computational theory of Indian classical music. The theory and consequential creative expert system addresses many of the outstanding issues related to shrutis (microtones), characterisation of ragas (Indian melodic modes), classification of ragas, chalan and pakad (important phrases ,catch-phrase) of raga, raga-rendering, vadi-samvadi notes of a raga and composition of a bandish.

The main motivation of this effort is to analyse these issues and to understand the science and logic behind the traditional Indian music. By doing this, it can be proved that ancient Indian `shastra’ (sciences) have computationally significant and exhaustive description and analysis of music.

In this context, a two-day introductory workshop is being held on ‘Artificial Intelligence and Indian Music’ at Rishihood University, Gurgaon, Delhi, on 23 and 24 February 2019. The workshop will be conducted by Dr Vinod Vidwans. Through this workshop, he would like to pass on the understanding of the computational aspects of `sangeeta shastra’ i.e, the traditional musicology of Indian classical music to musicians and musicologists and students, researchers and professionals of computer science including the area of artificial intelligence.

The workshop is for musicologists, music researchers, students of music and performing arts, engineers, technocrats, IT professionals, and scientists/mathematicians interested in Indic themes. This includes computer scientists with expertise in modelling, performing artists with interest in theoretical knowledge, scholars in Indic studies with interest in media, communication and aesthetics, inter-disciplinary experts in diverse areas interested in Indian music and recent developments in computer science.

Participants do not need any prior, specific, technical or software skills. They need to bring their own laptops. Systems will need Windows 7 or higher system on the computers/laptops. For more information you can click here.