In This Global Village, Nobody Is OK If All Are Not OK – Musings Of A 94-Year-Old 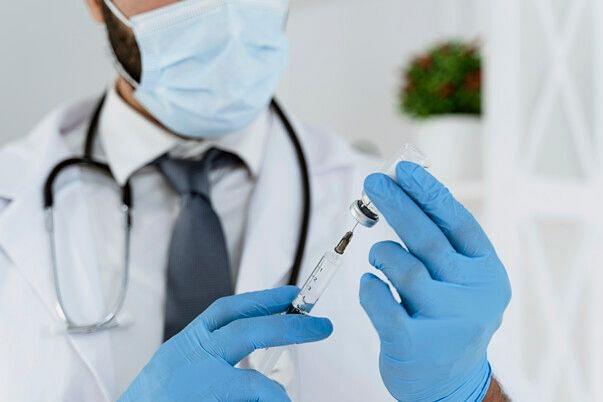 Equitable distribution of vaccines is crucial in the war against Covid-19.

We were wrong in our assessment. Two months ago, I felt India had somehow miraculously escaped the devastation caused by the coronavirus pandemic in so many countries.

However, there has been an exponential increase of cases with this second wave of Covid-19, when compared to the first wave.

This is because the virus now spreading rapidly is a mutant of the original virus that emanated from Wuhan.

The new variant, which has a so-called double mutation, is fuelling India's deadlier new wave of cases that has made it the world's second worst-hit country, surpassing Brazil again, and has already begun to overwhelm hospitals and crematoriums. Covid-19 has humbled all of us again. It is a crisis.

Viruses mutate all the time as part of evolutionary biology. Some mutations weaken the virus while others may make it stronger, enabling it to proliferate faster or cause more infections.

Several younger friends have shared with me how this is the second time they have got the infection after contracting it last year. Still others tell me that they have had their two full doses of vaccine and yet they have turned positive though with a mild infection.

Doctors tell me that some of their patients are RT-PCR negative but show all the hallmarks of Covid infection and the patients’ CT scans show up as positive. I hear experts say that the infection is affecting younger population more than the last time.

I read with pain when journalists who think it is good to stop rallies and Kumbh cheered on farm protests for months while cases spiked in Haryana, Delhi and Punjab, as if old farmers won't get Covid.

They were doing exactly what they accuse politicians of today. The virus loves crowds and congregations. It doesn’t care which party the crowd belongs to. It doesn’t care if it is the Kumbh or Ramzan.

There is no point in gloating over how one state has done better than another. We are all in it together. If everybody is not ‘ok’, nobody is ‘ok’. The more number of times the virus spreads from person to person, it mutates more. It tries its best to beat the immune system (immune escape).

A new mutant strain is thus formed and the immunologic slate is cleaned and things start all over again with the new mutant having a virgin population to infect.

When countries that can afford to, hoard the vaccines, they are doing a disservice to their own people because a new mutant strain from somewhere else in the world can hit them.

No border can be sealed permanently.

In a situation like this, vaccine nationalism is not only short-sighted but suicidal. The chart below shows the percentage of vaccines produced and exported as of March 2021.

Why is equitable distribution of vaccines so important for the world? I explain here.

The world should be worried for India because they have to worry about themselves. India is a ‘global economy’, a breeding ground for more variants, and the largest producer of Covid-19 vaccines, and it should help India ramp up its vaccine production. It is through vaccine production in India that most of Africa is to be vaccinated.

At a time like this, vaccine ‘nationalism’ is self-defeating. An appeal had to be made directly to the President of the United States by Serum Institute of India chief executive officer Adar Poonawalla, who has said that vaccine production in India has been impacted as Europe and the US have halted the export of critical raw material but nothing positive has happened so far.

In the meantime, what can we as a nation do? The government has said that from 1 May vaccinations will be open to all above 18 years of age. We have so far vaccinated our citizens at the fastest pace possible.

We need to do more because vaccination, social distancing, masking and soap or sanitiser are the only weapons that we possess at this time to combat the virus. To overcome vaccine hesitancy, we have to ignore the fringe and their WhatsApp messages.

It is proven that vaccines work from this data released recently.

I am surprised that opposition leaders have secretly had the vaccine, but are afraid to go vocal and spread the message to motivate people. This holds true for the Bollywood stars also. It is astounding that not a single leader from Congress promoted vaccines.

Politicisation of the vaccine is the worst politics that anyone can play. We defeated the virus the last time. We can do it again this time.

Stay safe with Covid appropriate behaviour. Especially to the youngsters who think it will not affect them — it is not true.

Form groups as the Prime Minister recommended in his talk to the nation and see that Covid appropriate behaviour is followed in your locality. We can avoid another lockdown and save lives and livelihood.