India That Is Bharat: One Nation, One People 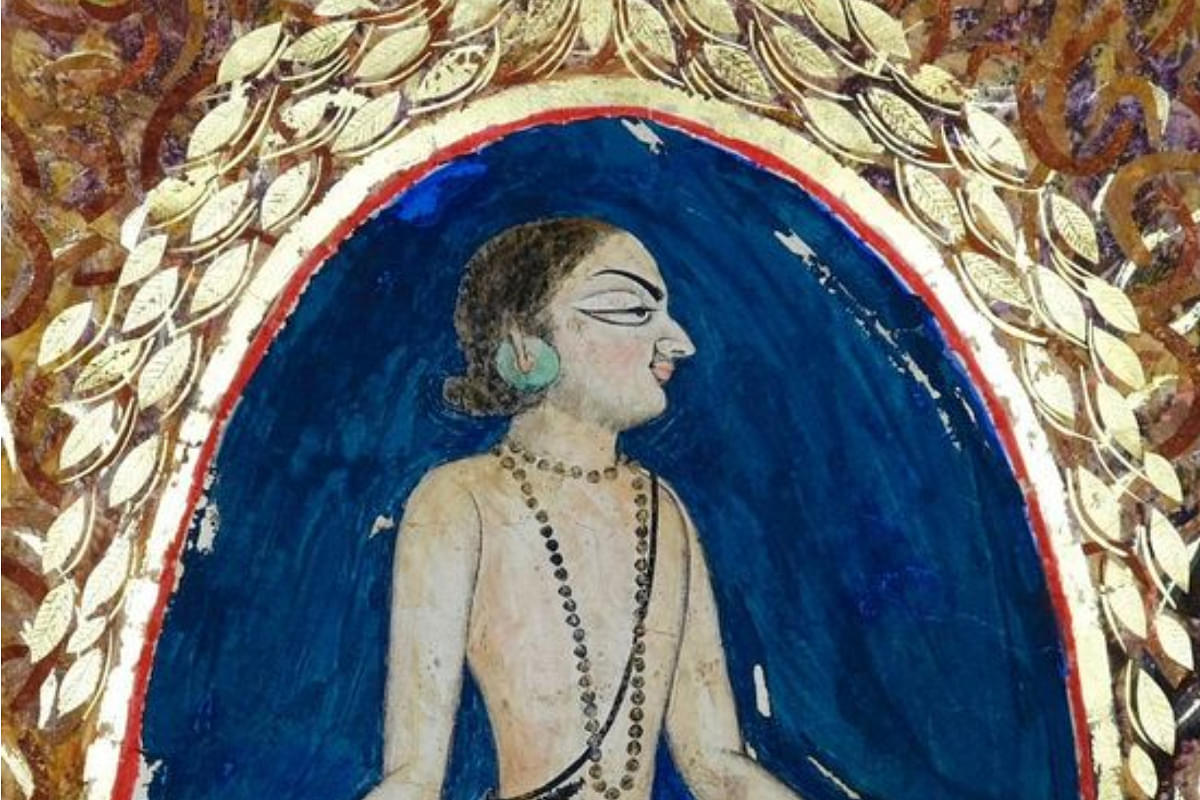 A recent comment by a politician that India was no nation, but just a union of states, stung many citizens. It marked the height of ignorance of Westernised Indians. All products of the Macaulay-Max Mueller-led colonial conspiracy of yester-centuries.

The former destroyed the self esteem of Indians by brainwashing them that anything Indian, be it language, system of education or system of medicine, was inferior to that of the West; and the latter damaged Sanatana Dharma by willfully misinterpreting and mis-translating the Vedas.

According to recent media articles, in a letter to his wife, Mueller stated that he was especially employed to translate the Vedas in such a way that the Hindus lose faith in them. He was more zealous than Western missionaries. In fact that was one reason why he supported the Brahmo Samaj.

The Western colonial narrative to this day talks of the Aryan invasion and even in some cases puts the timeline of the Vedas as after Christ. Very conveniently they dismiss the historicity of Krishna, Rama, Agastya and others as mythology.

Sadly the masters of Independent India continued to tow the same line. In school we were taught that India was a conglomeration of disunited princely states which were somehow put together in 1947 to create a nation. It has taken us 75 years after independence to challenge this distorted narrative.

Fact is that for tens of thousands of years, India that is Bharat has been a nation.

In that vast history that stretches thousands of years BP, a mere thousand years of  invasion and conversion under the sword; and the much shorter, but more diabolical destruction of the spiritual culture of this nation by the British and other imperialists, are actually just small aberrations in terms of time.

For thousands of years, no matter who ruled which part of Bharat, and no matter what the local language was, Sanathana Dharma that unequivocally stated ‘Brahma Sathyam, Jagan Mithhya, Jeevo Brahmaiva Na Paraa’, ( the divine alone is), united all of Bharat.

The spiritual centres most thoughtfully established by her spiritual leaders, ensured that ordinary folk made cross country pilgrimages from the Himalayas to the Indian ocean; from the Arabian sea to the Bay of Bengal and beyond; and a pilgrimage to Kashi was a must.

These pilgrimages ensured the feeling of one nation among Bharateeyas. Even the Vedas, speak of one Bharat; of ‘Jambudweepey, Bharathavarshey, Bharathakhandey..’.  This is recited even today at the beginning of every ritual performed; including in the course of pilgrimages for liberation; for self realisation; that grand Bharateeya concept that united all who lived in this land.

Even through the Islamic invasions these pilgrimages by ‘aam aadmi’ continued; and it ensured that the thread of nationhood survived.

The British rule however, ensured that the educated elite jettisoned their own culture and spiritual values. An example would be the father of Maharishi Aurobindo. He did not want even the air of Bharat to ‘contaminate’ his sons! Mercifully, the divine had other plans!

Nevertheless this colonisation of the Indian mind has continued despite ‘independence’; the so-called secularists being a typical example.

Adi Sankara is the spiritual Guru credited with not only resurrecting Sanatana Dharma, but also with uniting Bharat anew by setting up four pilgrimage centres in the four corners of the country and himself ascending the Shakthi Peeth in Kashmir.

He ensured not just the revival of spiritual traditions but his setting up centres of pilgrimage across the land knitted Bharatheeyas as one as nothing else could. Mercifully, under the present dispensation, the pilgrimage routes and pilgrimage centres are getting a much needed revival and face lift; and the ordinary desi citizen who is still steeped in Sanatana culture is delighted.

The 21st century is seeing not just the rise of Bharat as an economic power, but the true history of Bharat is poised to replace the colonial narrative that liked to make people believe that nothing worthwhile had happened in this land in the period BC.

Cremo, the author of Forbidden History, after studying the finds in the Gulf of Cambay, remarked, “Even if we don't know what the cultural background of the people is, if it does happen to be a city that is 9500 years old, that is older than the Sumerian civilization by several thousand years. It is older than the Egyptian, older than the Chinese. So it would radically affect our whole picture of the development of urban civilization on this planet..”

Recent research by Ved Veer Arya and others suggest that the dating of Buddha Nirvana itself may have to change; for evidence is building that Gautama Buddha actually lived a few hundred years before Zoroaster. Likewise though western historians dated Adi Sankara to around 800 AD, evidence is accumulating that he must have actually lived between 569 and 537 BC.

What is more, millennia before Adi Shankara, the great spiritual giants who strode this land, known as Naths in the north and as Siddhars in the south, united north and south, east and west; as one.

This twenty-first century is seeing a silent but sure revival of the Nath-Siddhar traditions.

It may surprise many readers to know that Gorakhpur, the spiritual seat of Gorakhnath, worshipped as Gorakkar Siddhar in Tamilnadu, attracts many Tamil devotees.

The great Naths lived many, many years before Adi Sankara. Though western historians date Gorakhnath to around the eighth  century AD,  the great ruler-saint-philosopher-writer, Vidyaranya, who headed the Shringeri Peeth himself, has written about this fact in his books. In Sankara Vijaya he writes, “When Adi Shankara declared his decision of entering the dead body of King Amaraka to learn Kama Shastra, his disciple Padmapada put forward the following argument to dissuade him.
"There is nothing unknown to you, O Omniscient Guru. Yet out of love and devotion, let me say a few words. Thousands of years ago, in ancient times, a great yogi named Matsyendra, entered the fresh corpse of a dead king, leaving his own body in the care of his disciple yogi Gorakhnath…”

Literary evidence, astronomical evidence, glaciation maps, marine archaeological evidence- all suggest the timeline of 10,000 years BP, as the Golden Age of the Siddhars.

Due to cataclysmic sea level rises, much of peninsular India which then, allegedly, extended much further south, went under the ocean waters. Agastya, the greatest of the Siddhas, had himself come down to southern India from the north. It is taken that after spending many years in southern India, Sri Lanka and Malaysia, he finally returned to the Pothigai hills near the Kuttralam waterfalls, set up a ‘Medical College’ at Thoranamalai, went into samadhi at the now world famous Padmanabhaswamy temple in Thiruvananthapuram and is said to be living on in the subtle form to this day, in the Pothigai hills.

In fact he remarked to a rather surprised Agastya that he was the ‘8th Agastya’ he had seen!

An Ardent Rama devotee, each time a Rama Avatar happens, he is believed to come down as a crow to Ayodhya to enjoy little Rama’s childhood pranks. He was also one of the Gurus to Gorakhnath. He too has his roots in the north in the Himalayas; but his samadhi is in Tamil Nadu.

Gorakhnath himself came to the south with his main Guru, Matsyendranath, known as Machhamuni in the south.

Machhamuni is known as Minappa in present day northeast India; and as Matsyendranath in Maharashtra in western India.

Legends in all parts of India state that Machhamuni was found in the belly of a fish. Travancore in Kerala claims that it was Kerala fishermen who caught the divine fish and found him; and this claim is supported by many including Indologist, Giuseppe Tucci (1894 –  1984).

Machhamuni went all over the subcontinent. He too has samadhis in different parts of India but the most vibrant is the one in Tirupparankundram in Tamil Nadu.

Popular belief is that even now he responds to people who worship him. Gorakkar Siddhar himself has no less than five samadhis in the south; one for each sheath of the ‘body’ that he relinquished at the particular place.

His story is recounted to this day in Tamil by renunciate Siddhars, who have received it in the ancient oral tradition. Thanks to YouTube, one can witness modern day Siddhars tell the story of Gorakkar Siddhar in Tamil.

Interestingly, the story line is essentially the same that is narrated in Uttarakhand and Nepal; like how the Tamil Kamba Ramayana is similar to Valmiki Ramayana. The Siddhars are loved by the common man for they lived such simple, selfless lives dedicated to the welfare of others; like the Bodhisattvas.

Tamil devotees of Gorakkar feel a kinship with Yogi Adityanath, who heads the temple of their beloved Gorakkar in Gorakhpur. Indeed, perhaps it is time Yogiji made a pilgrimage to the Gorakkar Samadhis in Tamil Nadu.

Folklore surrounding the samadhi of Gorakkar in Vriddhachalam, Tamil Nadu, states that when a blue light emanates from the Shivalingam that is placed over his samadhi, it is an indication that Gorakkar will reappear.

On Thursday, 20 February, 2014 an incandescent blue light was noticed emanating from the Shivalingam during morning Abhishekam; and it lasted long enough to be captured on camera.

Perhaps it is time for a renaissance of the Nath-Siddhar way. The Nath-Siddhars were and are, beyond caste and religion. In fact there are Muslim and Christian Siddhars too; all having reached that state beyond name and form; living on in the subtle, just to help their fellow beings.

All differences of language, region and religion disappear in the rapture of the spiritual inner journey to Oneness. This then, may well be the way to national integration in this twenty first century; the ancient Nath-Siddhar way, to a genuine Bharath Jodo.