Letter To Deepika Padukone: We Have Regressed As A Nation? Bollywood Should Speak For Itself 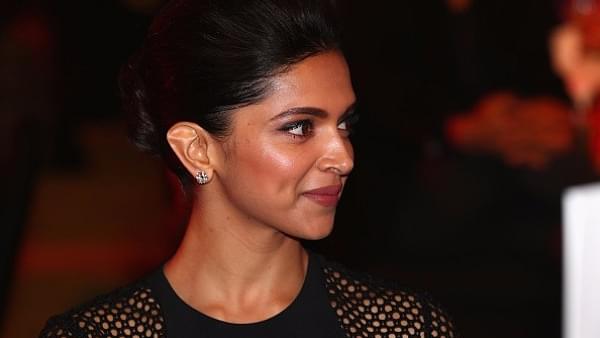 Deepika Padukone at the Coca-Cola gala dinner at the Indira Gandhi Indoor Stadium in Delhi. (Clive Brunskill/Getty Images for IPTL 2014)

Let me open this letter by expressing my unequivocal support for your stand with respect to your forthcoming release, Padmavati, where you say (filmmakers) are answerable only to the censor board. I support this stand not out of some vague, virtue-signalling love for free speech, but simply because movies certified by the censor board having the right to public exhibition, is a law, and as an ordinary middle-class citizen of the country, law abidance is my default setting. I know that if I happen to break a law, I can’t afford expensive lawyers to argue my case to the Supreme Court at midnight. No filmmaker will seek pardon on my behalf. And no television channel will hold a debate on my behalf. Better – much better – to follow the law.

Having said that, I find the rest of your response, including your statement that as a country we are regressing, baffling, to say the least. And it is that part of your response that I wish to address in this letter.

To start with, while as a freedom of expression absolutist, I have no qualms about accepting why you and Sanjay Leela Bhansali have a right to make a film distorting history and glorifying one of the most barbaric invaders from our past. I don’t see any reason why, however, that the same freedom of expression should not allow me to speculate why Bollywood is so enamoured with characters like Khilji. Thankfully, one does not have to look far to find the reason.

Recently, a female comic wrote an open letter where she talked about how as a female stand-up comic, she had one set of rules to deal with men in a crowd (that included hurling insults at them or having them forcibly removed from the scene) and another once she went backstage.

I don’t think the scene in Bollywood is very different either. So while a young performer like you gets to make a clip asserting cheating as part of “my choice”, once the director says “cut” and cameras stop rolling, I am afraid you are not far different from the millions of other women living in a largely male-dominated system. Let’s face it – if the story lines and characters are any indication, Bollywood is actually more regressive than most of urban India. This has nothing to do with the regime in power, nor is it part of some large, evil conspiracy. In fact, Bollywood’s misogyny and duplicity are a sad reminder of the utter banality of evil. A casual look at your films will be enough to lay the foundation for this argument.

You started your career playing the love interest of men who were about to get their big break in their first hit films in the late 1980s, while you as a toddler were learning to say mumma and papa. Women like Shilpa Shetty, Bhagyashree, Nagma and Juhi Chawla, who starred in some of the biggest hits of these men, were long replaced by newer, younger women and in all likelihood, sometime around 2030, Shah Rukh Khan will be wooing someone born in the same year that you did Chennai Express with him. For an objective analyst, an industry where women have at best a decade of shelf life while men continue for over three decades, might sound like a horribly regressive place.

What is also beyond doubt is that you work in an industry that for years has glorified eve-teasing bordering on molestation as a surefire way for a hero to win a heroine’s heart. From Bachchanji singing “Potti patana hain kaam apan ka (seducing girls is my job)“ to your Padmavati co-star Shahid Kapoor warning actor Ileana D’Cruz, “Tera picha karunga, tokne ka nahi (I am going to stalk you, don’t try to stop me)“, generation after generation of Bollywood heroes has treated a woman’s heart as an enemy fort to be overrun and stalking or molesting them as a fair way to overrun the said fort.

For their part, the leading ladies have obliged the heroes by falling in love with them even when they abduct and threaten to rape (Dil) or seduce and murder their sisters (Baazigar). In your film Cocktail, your character, an ultra-modern woman, loses her boyfriend to a “gharelu”, simple girl, and rather than asserting herself by walking away, your character all but throws herself at this cheating man.

In the climactic scene of Goliyon ki Raasleela Ram Leela, as you and Ranveer Singh are about to die in each other’s arms, he laments that he never got to be intimate with you, while you lament that you never got to be intimate with anyone. You see, Deepikaji, marital infidelity as a woman’s right is all well and good for a three-minute viral clip, but when it comes to motion picture, you as a leading lady of Hindi films will have to get on with your man or not get on at all.

All of us are products of our environment. For decades, Bollywood heroes have been stalking heroines, molesting them, attacking their houses and even beating an occasional family member, only to win the love of the heroine in the end. Why should a barbaric invader looting and destroying an entire state to satisfy his lust for one woman come across as anything but heroic to him? As a leading woman who has acted mostly as a prize for the hero to covet and get, I am not surprised you see nothing wrong in it.

The problem starts when you begin to appropriate an entire culture for one weekend worth of good box office collection. You said you had to do the role for all the women and to tell the story of women like Padmavati. Here is the truth about it – Maharani Padmini’s story is well known to most of us and you will be surprised to know how many women – urban, educated, fiercely independent – would have a problem with having you as their spokesperson.

Upon closer inspection, you will also realise that you are uniquely disadvantaged to take the moral high ground in the fringe versus rule-of-law conflict. After all, you do represent an industry that has happily glorified various violent fringe elements for decades. From showing every terrorist as a product of state excesses, to cold-blooded mass-murdering gangsters as cool, pro-justice Robin Hood types, Bollywood, of all our popular culture institutions, has done more to glorify violence and lawlessness than anyone else. The lame excuse that it was all make-believe can only take you so far.

An ordinary person might be excused for feeling that for today’s filmmakers and artists, the Indian culture exists for the sole purpose of appropriation for commercial or narrative gains. Any ordinary person not in agreement with this world view is of course a bigot. To them, ordinary Indians exist essentially to buy expensive movie tickets to their often uninspired, frequently derivative movies so that they can continue to spout politically correct, left-leaning nonsense carefully vetted by your peers and publicists.

Ironically, it has taken a truly progressive society outside to accept this hypocrisy under the garb of freedom of expression.