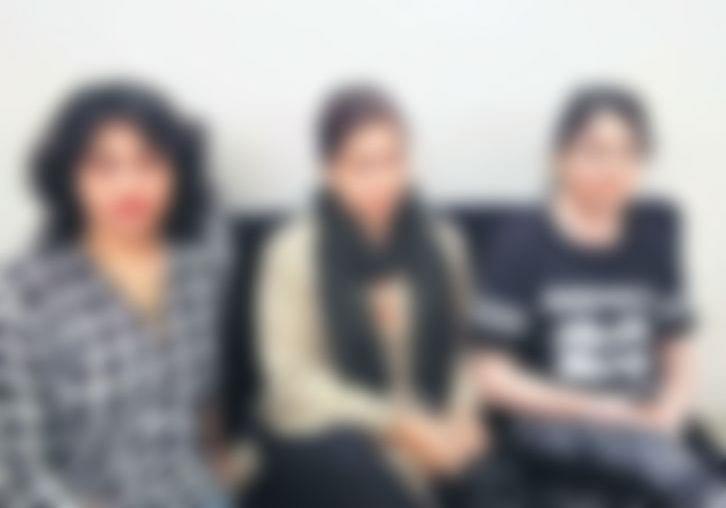 Indian mythology and history are replete with tales where a woman seduced and lured a man to either have her way or bring him down or provide some kind of benefit to his competitors. Best of the men have fallen victim to such traps in a moment of weakness and have lost reputation, money, standing in society and much more.

Even though we have become liberal as a society not to judge people over their sexual escapades, any time a man is caught with his identity revealed in a sex racket or extra-marital affair, especially if he is a man of stature, he becomes a butt of joke for his colleagues, friends and society-at-large no matter how consensual the sex or affair.

In today’s times, such seduction or lure is given the name of ‘honey trap’. I won’t hesitate to say it’s become a sort of cottage industry with thousands earning their livelihood through it. It’s a situation where a man is first lured by a woman and then extorted for various benefits including huge sums of money.

While this business has existed for ages, the collusion of it with one-sided laws in the country has made it a life-threatening and life-damaging combination. Professional blackmailers are now making hay by abusing rape and molestation laws where a woman’s dignity and bodily sanctity, which is given utmost reverence in law, is easily exchanged for a price. By none other than her own self!

As you read this article, layers after layers of a honey-trap extortion racket in Madhya Pradesh are opening up. A racket that was running in the state for last seven to eight years has all the masala a perfect Bollywood thriller is made of.

Four women — Shweta Swapnil Jain, Shweta Vijay Jain, Aarti Dayal and Barkha Soni Bhatnagar — all educated and coming from middle-class families, moved in high-profile parties and attended big-ticket events to find their target. Ministers, IPS & IAS Officers, rich and influential men — they targeted everyone who they knew was weak in morals but very strong with the Moolah.

These women had a huge network of young girls, looking for quick money, to sleep with these influential men and thereafter would begin their business of extortion using laws and public shame as weapons.

They would secretly record the sex act and then blackmail these men by either threatening to release those videos in public or implicate the man in a rape case.

It is estimated that this gang had extorted more than Rs 15 crore by blackmailing several high-profile men through this modus operandi. Not only this, they bagged several government projects for an NGO they ran to disguise their professional blackmailing business.

With amended laws, if intercourse between a man and a woman is established and she says it happened without her consent, it is presumed by law that there was no consent. Well aware of technicalities of the law, these women knew they had a weapon they can easily fire and not even be caught for it!

As per various media reports, more than a 1000 videos have been recovered from these women and the network sprawls over various states and cities with even journalists acting as their conduit. This gang would have never been exposed if one man did not feel that he had had enough.

When an engineer at the Municipal Corporation, Harbhajan Singh, after paying a lot of money to these blackmailers was still being hounded for Rs 3 crore, he complained to the police. That’s how the entire racket tumbled out. But it is the man as well who is now being punished.

He has been suspended from his position because the government department he used to work for thought he had brought disgrace to the organization for having indulged in such activities and hence should be suspended!

Instead of focusing on how the crime happened, the politicians in the state are busy throwing muck on each other and proving who is more morally depraved than the other.

It is believed that ministers from the highest ranks of both the Bharatiya Janata Party (BJP) and the Congress were among those blackmailed by this group, including a former minister who even attempted suicide when he was unable to take it anymore.

Since this expose, honey-trap rackets are being busted in several states and what remains common to all these extortion rackets is the misuse of rape laws.

As per a report in local newspaper from Bhopal, Pradesh Today, every police station in the city has several cases of rape and molestation registered by the same set of women, who even the police know are law abusers but they can’t do anything about it.

The police are bound to register an FIR if a woman comes to complain about it. Filing a final report in such cases declaring them as a false becomes a Herculean task because, if the woman creates a drama in front of senior police officers, the junior ones can face serious consequences for ignoring such a complaint.

I recently released a report where a woman in Gurgaon was caught demanding Rs 40 lakh from a businessman, threatening to implicate him in a false rape case. As I spoke to the police officers who had carried out this operation, they told me how a fellow colleague of theirs, a female officer, was summoned and lambasted for closing a patently false rape case.

Another very senior police officer I spoke to told me that while earlier a gun used to be a weapon for people to extort money, there are hundreds and thousands of gangs operating throughout India today who are using Section 376 of IPC as a weapon.

While the law is non-compoundable, one can visit any police station of their area and ask the police officers about settlements that are happening in rape cases today. A rape survivor apparently can retract from her testimony at any stage and no one can ask her a question.

There have been settlements at the stage of filing a complaint, after filing the FIR, after giving a statement under 164 CrPC or, if the trapped person doesn’t give in even then, there is always the time of trial when the man is wondering if he would ever be able to prove his innocence.

I don’t have a count of the cases I have read where the complainant said that the rape case was filed because of a “misunderstanding”.

As I see this horrible mockery of the law, I ask myself this: when a man misuses his manliness as a weapon against women and violates them, it is seen as a threat of the highest order. We have several debates on national television and each and every department and force is held accountable.

But when we see a woman using her womanhood as a weapon exploiting laws made to protect her from violating men, why isn’t that a threat? Why isn’t that a reason for concern or issue for debate especially when similar cases are coming to light from several parts of the country?