Not NRIs Anymore, But Global Indians 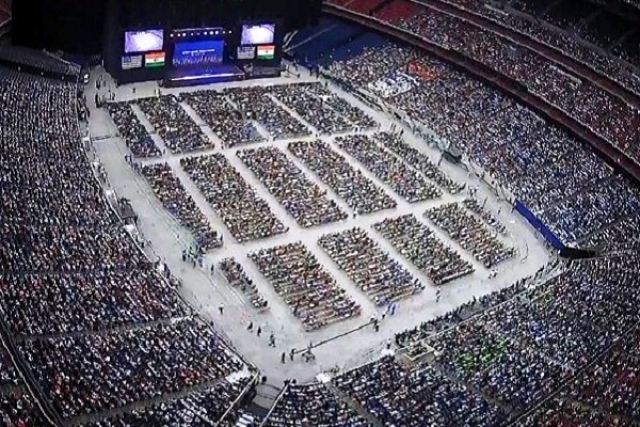 On 17 August 2015, in front of 50,000 people in Dubai, Prime Minister Narendra Modi said, “We are ready to help every Indian living in any corner of world. He is ours. We don’t look at the colour of passport, for us — a connection with India is enough.”

A few thousands in the stadium and millions worldwide listened to it and a few thousands later experienced it when the Indian government rescued them irrespective of their passport colour from the warzone in Yemen.

India has a very distinct global identity that has emerged from the young and thriving human capital which is technologically savvy and can easily adapt to any change.

Indian talent is a major attraction for global investors plunking their monies in the country. In the recent wave of technological immigration over the last 30 years, millions of Indians have travelled across both seas to make a better living. They are welcomed everywhere due to their hard work and capabilities.

The Indian diaspora has been spread across the world from Oceania to America and from Russia to Africa. This diaspora was engaged in business in the past 30 years, while maintaining an individual connection with their homeland.

Since Modi assumed office in 2014, he has worked extensively to activate the India diaspora across the world. As soon as he was elected, the Indian diaspora in the US hosted his largest public reception then in Madison Square Garden in September 2014. This was attended by more than 20,000 people and was the largest ever for any foreign leader in USA.

This event then became a template for all the other programmes that happened worldwide, be it in Australia, Europe, Africa or West Asia. Most importantly, these events were planned and executed by the local Indian community with minimal support from the Ministry of External Affairs or the Prime Minister’s Office.

This week’s Howdy, Modi! at Houston, attended by 56,000 people, was the highest that the Indian American community has touched till now.

Of course, there are many more to come.

All Modi’s public receptions are free events, underlying the fact that we don’t have to pay to see/listen to our PM. However, a programme of this scale requires significant resources and not all of them can be measured monetarily.

The Indian American community has doctors, CEOs and entrepreneurs, making it easy to raise the required funding. However, all the funding required for the event is raised through public donations.

The other and most important factor to make this programme successful was a team of strong, dedicated and brilliant volunteers, who worked sleepless for 2-3 months to make it a success.

All of them had their day jobs, but still worked overnight for this event.

The diaspora is India’s human capital and power abroad —an instrument to build strong international relations through track II diplomacy. After coming to power in 2014, Modi has invested heavily in the diaspora.

That might be by strengthening the Pravasi Bharatiya Divas or by inviting NRIs to express their opinions on various issues or reaching out to the diaspora by solving their outstanding issues.

Sushma Swaraj set an example by helping NRIs in distress over Twitter. The government’s involvement in NRI matters resonated with the community and they too have reciprocated in the same manner.

Track II diplomacy runs parallel to official diplomacy and includes influencing of lawmakers as well. The Indian American community was successful in inviting US lawmakers, especially the US President — a powerful statement in itself — to the Houston event.

While the two heads of state were the primary focus of the media, what went unnoticed was the fact that US lawmakers, despite their own views which do not necessarily meet that of India’s, respected the India story and attended the event.

This shows the bipartisan reach of the Indian diaspora in the US Congress. Around 60 prominent US lawmakers attended the event.

Leaders from both parties including majority leader Steny Hoyer, Presidential candidate Ted Cruz and Pete Oslon among many others joined President Trump to welcome Modi in Houston.

With such reach in the US corridors of power, the time is right to exercise this influence for the collective progress of US and India. With Modi being the only Indian Prime Minister to recognise the potential of the diaspora, he is better equipped now to make an impact on global policy in the interests of the country.