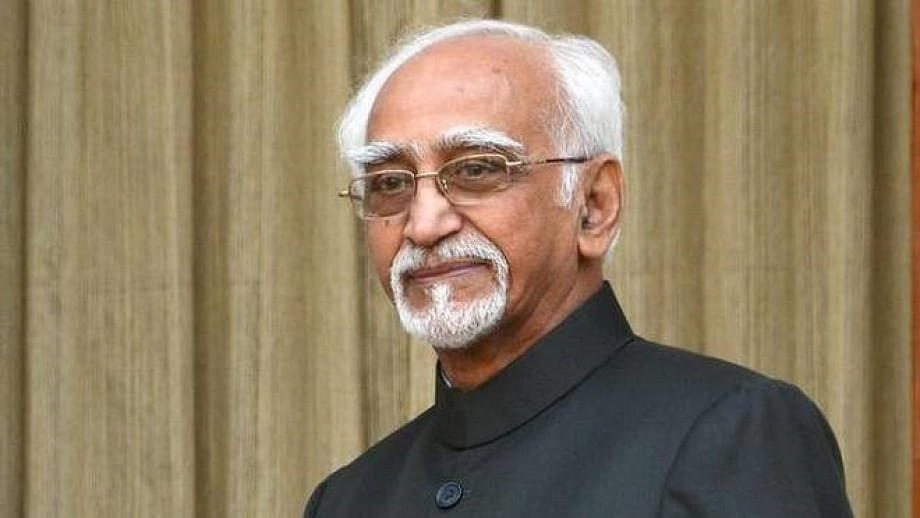 Jai Ram ji ki. We hope this greeting does not pose an existential threat to the “cultural diversity and the resultant composite culture” you seem to care so much about, going by your lecture at the India International Centre last month. If you do perceive a threat in such a greeting, that’s precisely the kind of Indophobia we, the Indic Collective Trust, have set out to address.

In your lecture, you took pot-shots at the Trust, a private citizens’ initiative, who we represent, and whose stated purpose is to advocate, through Constitutional and democratic means, the right of the Indic way of life to exist and thrive. In case the details of the event now seem hazy, we are happy to jog your memory to provide the context of our response. While we did not have the good fortune of attending your lecture, it doesn’t seem like we missed anything terribly significant or novel. After all, it’s the same done-to-death script we have been fed right from our school years, thanks to the Nehruvian establishment to which you belong. But more on that later.

In your lecture, you began with the usual paeans to the diversity and heterogeneity of Indian culture followed by an insinuation that the said attributes were under threat from “a new, strident, illiberal, nationalism”. You went on to remind the audience that some people believe that the diversity of India stems from an underlying unity and you then drew a link to this belief with the concept of “Hindu Rashtra”, articulated by M S Golwalkar sometime in the middle of the last century. You concluded with a warning about the dangers of tinkering with the contents of school textbooks but not before accusing our organisation of furthering a “loaded agenda that are easily discernible”.

At this point, we are tempted to ask what exactly is loaded or sinister about our agenda? It is not as if we are out on a secret mission to infiltrate a shady think tank which doggedly pursues its mission of breaking India under the garb of advancing democratic, liberal, and secular values. Contrary to your insinuation, we fight our battles in the open without the compulsive and increasingly degenerate need to appear politically correct at all costs, including the truth. Right from the day of our inception, we have never shied away from our commitment to dharma (meaning righteousness, as opposed to religion) and the Indic way of life. “Way” because we, who wish to see a united, prosperous, and strong Bharat, see a unity in all the Indic ways. Rather than being apologetic about it, we wear this commitment on our sleeves because it is truly our only raison d’être. To cut a long story short, our agenda is discernible because we want it to be discernible. Thank you for stating the obvious.

Also, unlikely though it may seem to you, given the world of “connections” and “agenda” that Lutyens’ Delhi is and whose beneficiary you are, not everything in the world is carried out through intrigue or driven by a lust for power. Like-minded individuals do occasionally join hands to achieve common goals that give them a sense of meaning and purpose. As incredulous as it may sound to someone like you who has spent most of his life moving in cynical political circles, ordinary citizens like us can still get things done in this country legally without any political patronage. It is this conviction that led us to put our thoughts into action. We suspect this is perhaps why we don’t quite fit in your worldview and you perceive a threat from our stated agenda. To put it more directly, why should perfectly constitutional and expressly democratic activities of a young non-political organisation cause such panic in your heart? We think we must explain it to you for your own good.

For the past 70 years, the self-proclaimed “liberal” establishment of India, powered by the Congress party, has been using the same vocabulary that you used in your lecture, to lull Indic communities into a resigned acceptance of political authority, so much so that we have become incapable of defending the very values that make us who we are and define our ancient civilisation. To this end, history, and in particular school textbooks, which you touched upon in your talk, have been used as a lethal tool of systematically ingraining defeatism in the minds of young Indians, who have no sense of their history except for the notion that we have been a conquered people from time immemorial. This would have been fine if only it were true.

It is amazing that our children are trained to suffer from a massive inferiority complex because Marxist historians chose to suppress the narrative of our civilisation’s monumental achievements, including its continued existence, despite waves of holocausts, genocides, and wholesale destruction by those who deemed the civilisation of the “kafir” and the “heathen” unworthy of existence. These historians seem to take a vicarious pleasure in exaggerating the flaws of the Indic civilisation, without pointing out that a civilisation as old and hoary as this is bound to commit mistakes in its long journey and importantly, continues to learn from them.

In tandem, organised expansionist forces, religious, political and economic, have been silently transforming the composite culture of India into a replica of their own monoculture. Keeping in mind the pressure on your time, we will not explain the why and how of this point, but would only implore you to always keep in mind that Indic groups are the true minorities in this globalised world and are especially vulnerable to the expansionist tendencies of the two largest organised militantly monotheistic and anti-pagan world religions. But ironically, any attempt on the part of Indics, especially Hindus, to preserve their unique way of life is painted as some sort of war-mongering. The root of this attitude, as has been pointed out by many thinkers and scholars, is in India’s peculiar version of secularism that privileges the whims of a pampered macro “minority” over the genuine needs and concerns of everyone else.

Thomas Sowell once wrote, “When people get used to preferential treatment, equal treatment seems like discrimination.” As a champion and beneficiary of minority privileges in India, it appears that you are having trouble reconciling to the sudden assertion of politically awakened Indics demanding equal treatment from the state. We are not just making a rhetorical claim. Indulge us for a while longer.

Another legal battle we are fighting relates to the deportation of illegal Rohingya ‘refugees’. We have dealt with the moral dimension of the question of their deportation elsewhere, but just to drive home the larger point, security agencies have pointed to the links of some of these immigrants to Pakistani terror groups. There have been numerous other reports of Pakistan-based operatives influencing and radicalising the Rohingya community, which poses a serious threat to national security. What’s more, the government's statement in the court substantiates the apprehensions of a possible security threat to Indic communities, including the Buddhists in India, given the animus Rohingyas bear towards the Hindus and Buddhists of Myanmar.

The concentration of Rohingyas in flashpoints in the country, such as Jammu and Kashmir and the North East, lends credence to the view that demographic inversion is underway. And as the history of this country has taught us on several occasions, demographic balance holds the key to India’s continued existence as a plural, secular democracy. Given all of this, we believe that the Indian state must first protect its own citizens and in the interest of their safety, it cannot afford to get mushy and squeamish about deporting every single Rohingya from India (with dignity, of course), lest Indic communities are reduced to the pathetic conditions that Pakistani Hindus live in, not just in Pakistan but also in India. Did you know that the recent deportation of Pakistani Hindus from Rajasthan led to their wholesale conversion to Islam once they got back to Pakistan? It’s interesting, not surprising though, that not once ever in any of your speeches have you strongly advocated for the rehabilitation of Hindu and Sikh minorities in Kashmir or providing asylum to persecuted Indic communities from Pakistan or Bangladesh. Perhaps, it is a question of worldview and priorities.

It is not our intention to pull down the dignity of the office you once held, but since you have not been very thoughtful about the same yourself, we take the liberty of speculating on your major influences. We know that you are a product of Aligarh Muslim University (AMU), the reputed educational institution whose founder conceptualised the idea of Pakistan and members of whose vibrant student community have founded outfits like the Students Islamic Movement of India (SIMI), which was banned for its jihadi connections at the same time that you were the vice chancellor of the University. We are sure all of this is a mere coincidence and AMU is as patriotic as it can get being AMU. Also, there can be no doubt about your patriotism or your loyalty to the Indian state. If the alma mater is the tree, can the apple fall far from the tree?

Before signing off, we would only want to make a brief disclosure of who the undersigned are for the sake of good manners and transparency. One of us is a Kashmiri Hindu, who was driven out of his community’s home of thousands of years along with half a million others just because they were Hindus. The other was born a Christian in Kerala and yet grew up to be a devotee of Aiyappa, without any coercion or force from any organised group. Unlike global NGOs that invent victims and then further a “loaded agenda” under the guise of fighting for their rights, you may notice that we are our own voice and have our skin very much in the game. You may like to believe that your political adversaries have propped us up, but fortunately for us, we are incapable of acting as props. We also suspect your political adversaries don’t share our commitment to the cause of Indic Renaissance. Be that as it may, we just want to place on record that irrespective of the direction in which the political winds may blow, the Indic Renaissance is here to stay and will determine the course of our civilisation in ways that guardians of organised monocultures cannot dream of. We end our letter on a note of concurrence. You said, “Cultural heritage and political agenda should be kept separate.” We wholeheartedly agree and we wish you adhered to the same sage-speak.

(on behalf of Indic Collective Trust)