Playing By The New Rules: How Sports Minister Kiren Rijiju Is Using Technology To Inspire Athletes And ‘Corona Warriors’ 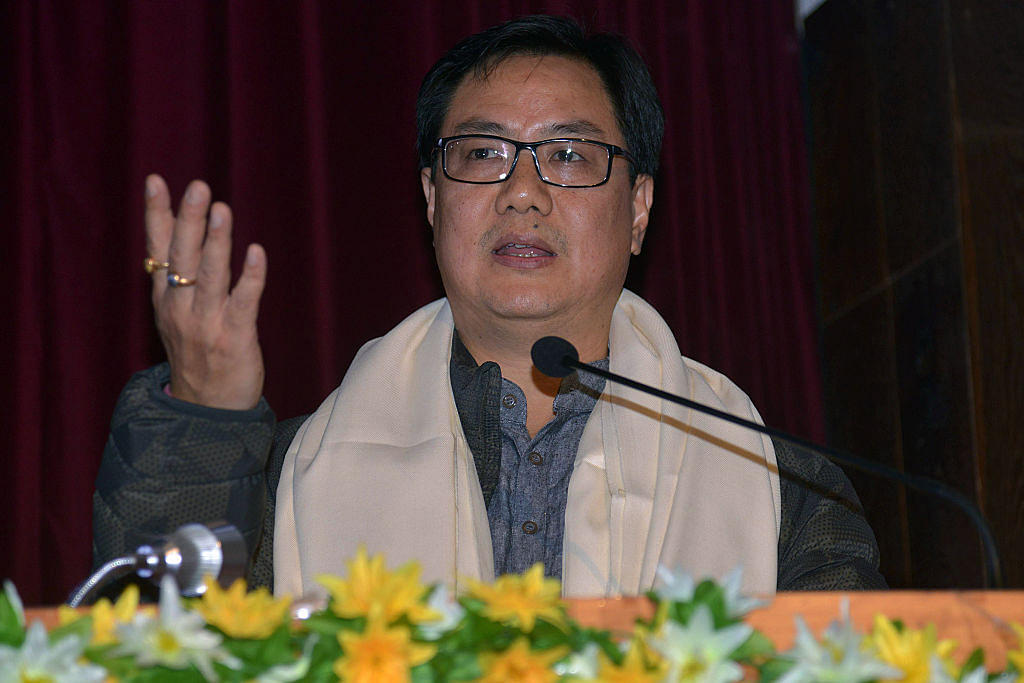 In the times of a nationwide lockdown, one set of professionals who have seen their normal working schedules completely disrupted are Indian politicians. The coronavirus pandemic has put a halt to their otherwise busy travel schedule. Many of them are converting this impediment into opportunities.

Many political leaders are adopting technology quickly and using remote means to reach out to their supporters and even guide relief measures to the needy around the country.

One area of digital intervention for the politicians has been to reach out to people at large talking about the government’s response to Covid-19 pandemic and the measures taken by the government to address the pain in the economy and society.

In these difficult times, Indian society has come together to help those in need, arranging for medical equipment, medicines, food and anything else stranded people need to feel safer about.

Others have taken upon themselves to reach to share messages of hope and grit, helping those under mental and physical stress with interventions like meditation classes, yoga lessons and motivational talks.

Kiren Rijiju, Minister of State (Independent Charge) for Youth Affairs and Sports has been reaching out to such young corona warriors as well as sportspersons themselves through digital means.

Rijiju’s ministry has a unique problem in that the areas covered may not normalise for a long time post the pandemic. Sports events and hence group trainings, camps and coaching sessions may take a while to restart in crowd-filled stadia.

The ministry is hence busy addressing the issues faced by the athletes and has been in constant touch with sports officials. Rijiju is himself meeting sportspersons via web and interacting with them.

In April, he also met 11 National Sports Federations (NSFs) and discussed their future plans, keeping in mind the Tokyo Olympics and beyond.

Earlier this week, Rijiju met elite athletes and coaches, who mostly insisted upon resumption of trainings albeit obviously after following strict guidelines on social distancing, because they are losing valuable time for preparations for global events.

While several industries have gone digital in the lockdown era, sports have great possibilities as well as unique constraints. E-sports platforms are indeed growing in number as well as size, measured by total users and daily active users.

According to a report, the e-sports industry is set to gain and expand not just during the lockdown phase but even after that as people have found a new way to play, compete as well as beat the stress of pandemic-led restricted life.

In one of his interactions with youngsters around the country on Wednesday (13 May), Rijiju was asked the way forward for the e-sports industry in India. He didn’t commit on how the government views this area.

However, India is witnessing the rise of several startups in this space so it is quite likely the government will have to look at the industry as a potential source of investments as well as digital jobs.

Another popular area of inquisitiveness of Rijiju’s online audience has been his fitness regime. At the age of 48, Rijiju’s fitness and his videos demonstrating the same have been a topic of envy on social media. His video posts from the gym or doing pushups are viral in the Internet.

In fact, he comes across as the best “fit” for the job of sports minister. Many people, however, do not know about the humble background and origins of Rijiju. He has been inspiring youngsters about his journey from Nafra in a remote part of Arunachal Pradesh to New Delhi.

Rijiju was always very politically active even as a student. He revealed in one of the interactions how the opposition parties had spread a lot of lies and fear regarding the Bharatiya Janata Party (BJP) amongst the people in North Eastern states.

Inspired by India’s former prime minister late Atal Bihari Vajpayee, he helped strengthen the party in India’s frontier state – stories of his political rise and success have also been popular on his social media interactions.

Rijiju has been speaking about his ministry’s plan to increase India’s medal tally in global sporting events. The ministry has laid down specific goals for Indian athletes for Olympic events until 2028.

Due to the lockdown the athletes are even unable to train and their regular schedules are disturbed.

He mentioned that he has instructed his officials to work on a ‘standard operating procedures’ to address these concerns keeping in mind the requirements of the athletes, fans, the sport in general and health advisories issued by the government.

He also mentioned that he is meeting a lot of experts from various federations to unveil a strategy to engage sports fans and athletes using new digital platforms.

Rijiju has used technology to his great advantage in reaching out to his national constituency – the youngsters and the athletes.

His interactions have been well attended and productive. It is good that Indian government continues to function digitally not losing precious time to a global tragedy.