Sanjuwan Attackers Are Terrorists. So Why Not Call Them That? 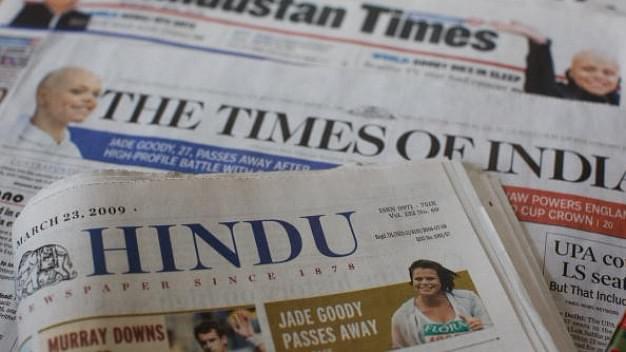 In the wee hours of 10 February, a group of heavily armed individuals, in military fatigues, breached the living quarters of Sanjuwan Military Station in Jammu region and attacked unarmed, sleeping men, women, and children. In the mayhem that those quarters have since witnessed, six fatal casualties have been confirmed, with the number injured close to a dozen.

The nation, thus, woke up in a state of shock and despair that morning. However, what was also shocking, the next day, was a leading English daily’s headline on its front page:

One might not register anything in particular after a cursory reading of the headline. But a careful reading reveals a startling fact – the use of the term ‘ultras’ by the newspaper for those who attacked the camp. While it is not uncommon for the mainstream media to use softer terms such as ‘militants’ and ‘insurgents’ for those engaged in acts of terror, the use of the term ‘ultras’ is baffling. However, this is not the first time that the Hindu has done it.

Media ethics suggests that definitive terms should not be used in case of uncertainties. For instance, a person accused of murder should not be referred to as a murderer or treated as one until a verdict on their case is out. But then, can the same be applied to a group of heavily armed individuals unleashing terror upon unarmed men, women, and children at a smilitary station? Are the deafening gunshots and the pile of dead bodies not enough valid proof that those firing bullets from their AK-56 assault rifles inside the military station are terrorists and not ‘ultras’?

Over time, terms such as ‘terrorists’ and ‘militants’ have increasingly come to be used interchangeably, with the latter often being used in place of the former, but that does not erase the fine line between the two terms. And as if that was not enough, the Indian media now has absorbed yet another term, ‘ultras’, into its fold.

Leading English-language dictionaries such as Oxford, Cambridge, and Collins have a consensus around the meaning of ‘ultra’. They say the term refers to an ‘extremist’. A large section of our intelligentsia would call the Rashtriya Swayamsevak Sangh (RSS) an extremist organisation for their adherence to Hindutva. Which means, as per the media reports, the RSS would be on the same platform as those armed with AK-56 assault rifles, who murdered six unarmed citizens in cold blood and injured close to a dozen. This is an absurd equivalence. In a country where there is no reluctance in throwing terms like ‘Hindu terrorist’ for anyone leaning towards Hindutva, why does our national media have such reluctance to call out actual terrorists who are killing and maiming our citizens?

In an article on Malaysia’s largest English newspaper The Star online, these broad differences are highlighted between the terms ‘terrorists’ and ‘militants’:

- All terrorists are militants, but not all militants are terrorists;

- Terrorists have no regard for humankind and usually target civilians and instil a fear and psychological effect on them in order to gain the attention of the authorities. As part of terrorist organisations, they will commit violent acts by murdering civilians, scholars, and religious leaders, and will sanction extortion and demand ransom.

- On the contrary, militants usually do not resort to harming civilians to champion their cause. They instead use confrontational or violent methods against the establishment in support of a political or social cause. For example, militants may choose to rebel and use armed aggression for a country’s liberation.

So, broadly, a ‘militant’ is someone who fights the state or its forces, whereas a terrorist is someone with no such limiting target group. Terrorists primarily target non-state actors and non-combatants, and therefore while all terrorists are essentially militants, not all militants are terrorists. The 26/11 attackers were therefore ‘terrorists’, whereas those at Uri in the September 2016 attack were ‘militants’.

While none of these terms should ideally be used interchangeably, it is often the case. But it gets worse when doers of such horrible acts are addressed by terms as soft as an ‘ultra’, meaning an extremist. Anyone with an extreme ideology could be an extremist, from Karni Sena protesting against Padmaavat to Taliban in Afghanistan, and it is, therefore, essential to use words carefully, in line with the gravity of the situation.

This is a dangerous trend wherein our ‘liberal’ media is playing down the most heinous acts of terror with the use of soft language. It is even more dangerous when a majority of the media leaves no chance to point a finger at the security forces and use the choicest of adjectives in criticism of their operations, but falls short of even the basic terms when addressing terrorists. Such selective treatment feeds a highly biased and one-sided reportage to readers, which not just disallows the readers of a broader understanding but also shapes their psyche adversely.

Given our short attention spans and the nature of social media, the headings and subheadings of news reports leave a far greater impact on readers than the story itself. The media should therefore not be soft on individuals such as those unleashing terror in Sanjuwan, and it is imperative that the media addresses these murderers as what they truly are – terrorists. But it seems, as repeated instances suggest, ‘liberal’ ideals mean more than the truth for most of the Indian media.