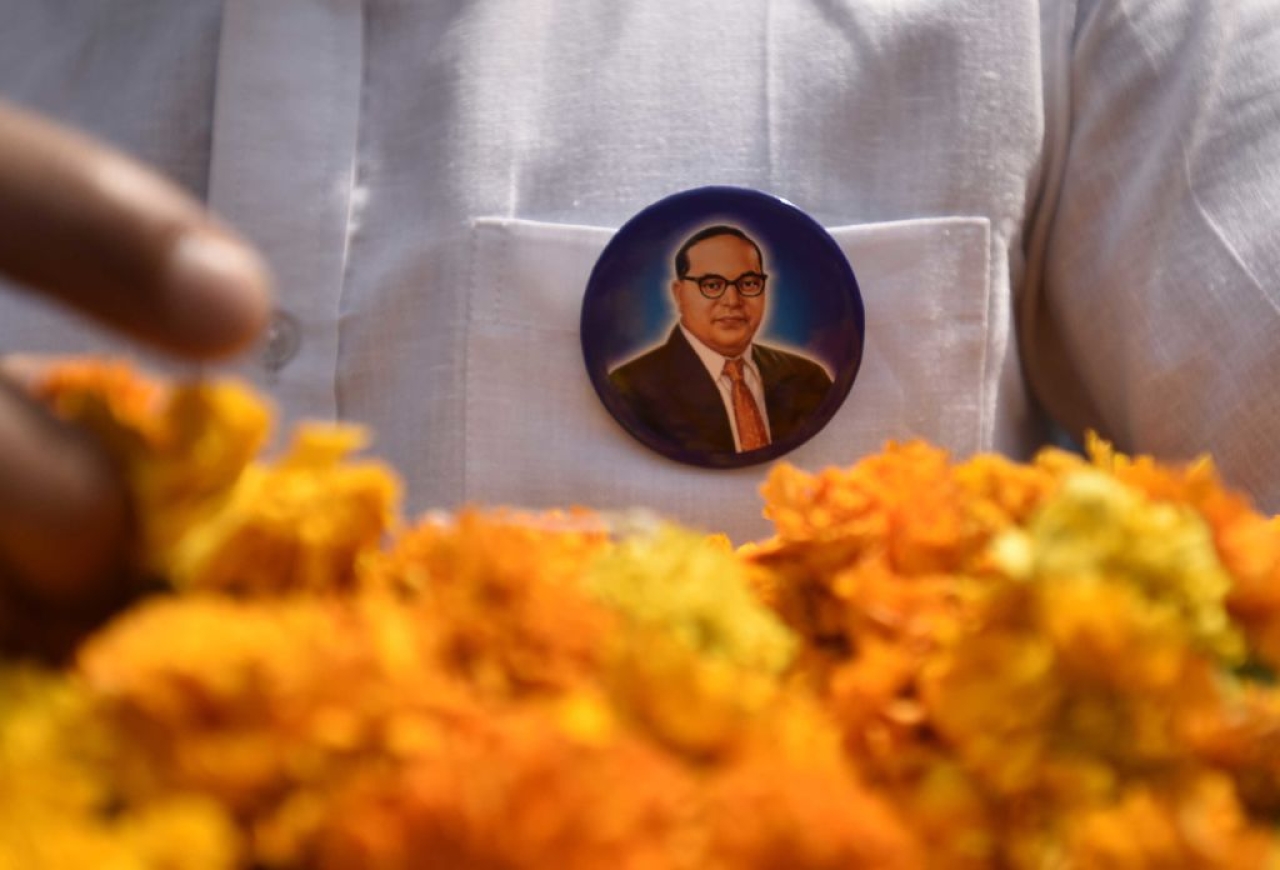 It is ironic that in last few years, some people with vested interests have used Babasaheb Bhimrao Ambedkar’s name to challenge the constitutionality and integrity of the Indian sovereign nation.

What is really surprising is that even the leaders of Communist parties and Muslim society claim to follow Babasaheb’s ideals but keep criticising Hindu society at large.

Babasaheb was never against the Hindu dharma. His fight was against the caste-led discrimination inside Hinduism. He was a true proponent of equality in society.

Babasaheb also staunchly believed in the unity and integrity of the nation. He had opined that the tradition of slavery survived because of Islamic practices. He knew that because of the Islamic invasions of India, the country had in the past splintered politically and socially.

This was precisely the reason he was strongly opposed to the Article 356 enactment for the state of Jammu and Kashmir.

Just to oppose the good work being done by the Rashtriya Swayamsevak Sangh (RSS), the Communist and Muslim leaders today swear by Babasaheb’s name.

Babasaheb maintained that Muslims swore allegiance of their religion and to their Holy Book Quran. Babasaheb never got along well with India’s first Prime Minister Pandit Jawaharlal Nehru precisely because he could never endorse Nehru’s appeasement politics.

This is exactly why the Congress did not let him win in the Lok Sabha election in 1952.

Congress fielded long-time associate of Babasaheb N.S. Kajrolkar against him.

Nehru campaigned against Babasaheb twice and was instrumental in ensuring his defeat from the Bombay City North seat in India’s first general election.

Again in 1954, when Babasaheb contested a by-poll from the Bhandara seat, Congress actively campaigned against him and defeated him.

Opposing the Congress appeasement politics, the RSS and Babasaheb had several similarities in their respective positions.

RSS has worked hard over the years to integrate the country removing the focus on caste and working only for the dream of a strong, united India. The founder of RSS, Shri Keshavrao Baliram Hedgewar used to say that anyone who comes to the RSS shakha is nothing but a swayamsevak.

Second Sarsanghchalak Guru Golwilkar encouraged RSS swayamsevaks to marry inter-caste. As early as 1942, Guruji had praised an inter-caste marriage in the home of a swayamsevak.

Even the Bahujan Samaj Party (BSP), which work on Babasaheb’s ideals, has supported the removal of Article 370 from Jammu and Kashmir. Babasaheb was indeed an advocate of an Akhand Bharat.

In his book, Pakistan, or, The Partition of India, Babasaheb has frankly expressed his views on Muslims in India. He said that Islamic thought seeded differences between Muslims and non-Muslims. The brotherhood envisaged in Islam is not the same as universal brotherhood of the world as other syncretic cultures believe in. Their brotherhood is limited to those following Islam.

In other words, Islam will never permit a true Muslim to believe in India as their motherland and a Hindu as their true brother. On page 301 of his book, Babasaheb had predicted that despite the partition of India, the majority–minority problem will continue to exist.

Babasaheb truly envisioned the post-partition state where he said that just the creation of Pakistan will not make India free of communal strife.

The redrawing of national boundaries can make Pakistan a homogenous, faith-based nation, but India would continue to be a mixed country. He explained how Muslims were spread across India, though their influence was predominant in large cities.

Babasaheb was a true visionary and understood India better than his contemporary Congress leadership.

On his Jayanti, it is ironic that leaders whose parties railed against Babasaheb in his lifetime and whose principles he was staunchly opposed to, are using his name to fight against the present-day government and against the RSS.