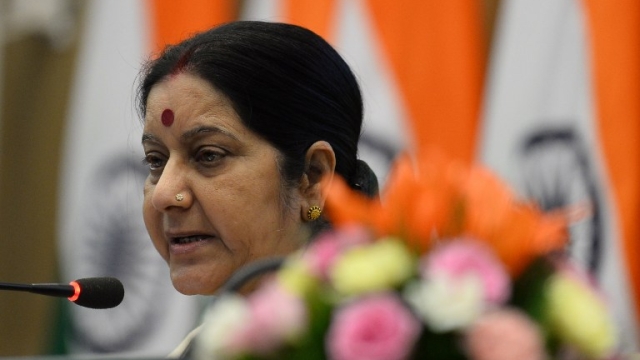 Ms. Sushma Swaraj is India’s External Affairs Minister (EAM) and ever since she has taken charge her stint has earned her praise of both the Prime Minister (who publicly praised her work in Saudi Arabia & applauded her for a perfect articulation of global issues in her UN speech) and the opposition, (in a rare show of they bonhomie showered her with compliments) which is a rare feat.

Here are six lessons students of management can learn from Swaraj herself:

“Managers do the right things. Leaders do things right”, often heard in leadership training is the best known one-liner for the difference between a manager and a leader. Sample this tweet from her:

Yes 3.34 am - because that's the time Sister Sally who escaped the terrorist attack in Aden was evacuated from Yemen https://t.co/WnFTDusdlx

2. Give credit to team

Good leaders always credit the team and acknowledge their contribution to a successful task. As true of CEOs from India (unlike American and British) she too tends to use more of we than me and every rescue mission completed has always ended with a congratulatory message and a thanks to the team involved.

Who would you as an Indian in distress be reaching out to in SOS situations: a leader who thinks with their head, not their heart or someone more emotionally intelligent, empathetic and caring? Either or doesn’t always work but Ms. Swaraj’s style of leadership basis her public persona on Social Media is all about empathy and compassion for India’s citizens who she refers to as brothers and sisters. Be it Sonu or Geeta or a lesser known Indian in distress, Sushma Ji always manages to strike the right chord with everyone.

Rukmini - Don't worry my child. @IndianEmbRiyadh will spare no efforts to secure your father's release from jail. https://t.co/CphxN7G8KM

“A sense of humor is part of the art of leadership, of getting along with people, of getting things done.” – Dwight D. Eisenhower

Ms. Swaraj just rules twitter on days where her responses go viral and she trends regularly for her witty humorous responses to some very peculiar problems like a man’s refrigerator not working or someone commenting on her style of work.

Brother I cannot help you in matters of a Refrigerator. I am very busy with human beings in distress. https://t.co/cpC5cWBPcz

I would have definitely joined the Army. But at that time women were not allowed in the armed forces. Now they say I am overage.@wadoos

As a key member of the cabinet and handling a very important portfolio, Ms. Swaraj has plenty on her hands. She has a full-fledged ministry working for her including embassy offices all over the world who don’t always respond as she would like, so a quick Twitter search will reveal that most people reach out to her directly on Twitter. She subsequently has been reiterating from periodically to only reach her in SOS situations and she provides contacts of how people can reach others for more efficient handling and for faster resolution.

In case of emergency and #SOS, pl use the hashtage #SOS pic.twitter.com/rGlAVCFdei

6. Go above and beyond the call of duty

Ms. Swaraj goes the extra mile and exhibits great leadership to assist everyone she can help even taking personal interest to ensure a sound positive outcome. This is what happened when a Science Student from Pakistan reached out to her because she faced hurdles in seeking admission to Medical College here in India. Sushma Ji secured a medical seat for her in Karnataka.

Mashal - Don't be disappointed my child. I will personally take up your case for admission in a Medical College. @aajtak