So, Is ‘Lord Ganesha’ Behind The Poor Civic Infrastructure In Indian Cities? 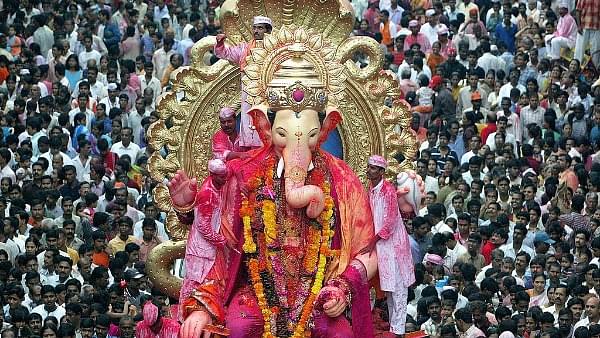 Having spent 12 years of my life in Mumbai and Pune, Ganesh Chaturthi is one festival I’ve always looked forward to. During the festivities, the temple near my house would be decked up, carrying a different theme on each of the days of the festival. One day it would look like a boat, and on another, like a wedding mandap. I used to hop from temple to temple and pandal to pandal, just to see this splendid dash of creativity at play.

When I lived in Mumbai, it wasn’t always possible to meet relatives and family friends, who lived quite far away in Navi Mumbai or Thane. But these ten days of Ganesh Chaturthi afforded me the chance to run into familiar faces in every pandal or temple. I would even end up meeting cousins I didn’t know I had.

In that sense, Ganesh Chaturthi does what every Hindu festival does -- it brings people together, irrespective of religion, caste or social status. It is not uncommon to find people of many different faiths celebrating Ganesh Chaturthi together.

That we celebrate Ganesh Chaturthi with such fervour in an era where restrictions are constantly imposed on Hindu festivals, either by law or the judiciary, is a great achievement in itself. I take pride in celebrating it like most other people. However, I recently came across an article referring to Ganesh Chaturthi in Hyderabad as a public nuisance. The author blamed power cuts, faltering WiFi connectivity and traffic jams -- regular features of Indian life -- on the festival.

Why don’t we examine this a little closer?

We all know that Siddhivinayaka is the mouse-wielding tech-savvy lord, but how is he responsible for the faltering WiFi or for something that is actually the responsibility of a civic body? Like we humans often do -- and love doing, pinning the blame on someone or something else is common, especially during Hindu festivals like Ganesh Chaturthi.

The fact is, this isn’t a religious issue but a matter of pathetic civic administration being exposed on a larger scale. Power cuts could happen due to inadequate power generation in the state, or maybe due to faulty transmission systems -- something that plagues many a city. Maybe these cities can take a leaf out of the book of Mumbai. It has a completely underground transmission system that results in a very low rate of power loss or theft. Even the installation of underground cables has resulted in less damage in times of adverse weather. Why can’t cities like Bengaluru and Hyderabad join Mumbai in adopting underground power supply? Yes, it requires a high investment, but once it is done, the long-term saving of power and decrease in maintenance costs are significant.

Like power cuts, traffic jams are common in any city, especially during the peak hours. Blaming a religious procession for it is straight-up absurd. A Mumbaikar knows what happens if he or she is in a car on SV Road at 8 am. Bengalureans know what heavy traffic feels like at Silk Board junction at 9 am. And this is when there is no festival in town.

As for the faltering internet, the real culprit is obviously the internet service providers, whose customer service operatives have to be called repeatedly till internet connectivity is restored. It is these service providers who have to be held accountable, not ‘Lord Ganesha’.