The Karnataka Model: An Example Of Effective Governance 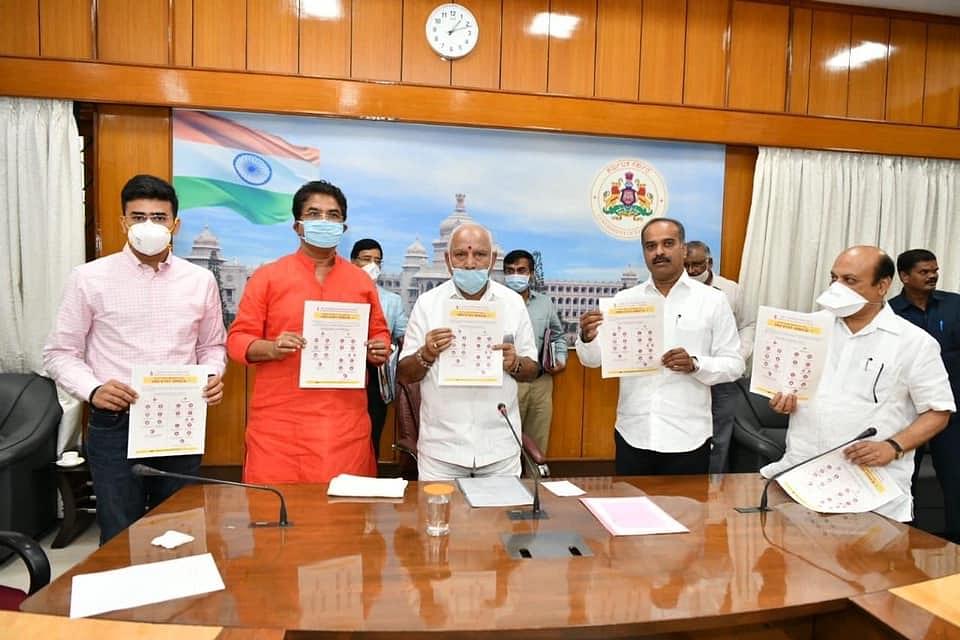 In mid-March, a 76-year-old man with co-morbidities such as asthma, hypertension, and diabetes fell ill soon after returning from Saudi Arabia.

Though the District Health Official tried convincing his family that he must be shifted to the GIMS isolation ward, his family admitted him to a private hospital in Hyderabad.

Days later when he was discharged and on the way to Kalburgi, he died en route.

The officials sent his throat swab to check for Covid-19 infection on 12 March and had tested positive for the same. Thus, Karnataka reported its first Covid-19 death and had nearly 3,000 primary and secondary contacts to trace.

From 8 to 19 March, over 43,000 people returned to Bengaluru amidst the pandemic, from abroad. Around 500 police teams from 108 police stations across the city, the Bruhat Bengaluru Mahanagara Palike (BBMP) officials, airport authorities worked together to contain the spread of Covid-19.

Special teams formed under these government organisations stamped the people who returned from abroad, and issued notices to them to be home quarantined for nearly 15 days.

The government also instructed their communities, neighbours, and families to monitor them and stay indoors. Advisories were issued stating that those who violate norms will be detained and sent to the government centres for quarantine. Bengaluru Police Commissioner Bhaskar Rao handed over details of these travelers from abroad to BBMP and asked them to monitor regularly.

Most of the patients, almost 2,656 of who tested positive in May, were inter-state travellers.

After two months, Karnataka has been extremely successful in containing the spread of virus. In terms of the mortality rate, Karnataka has the lowest among the top ten states.

Karnataka government curbed the virus by sealing its border on time, enforcing an early and effective lockdown, and implementing the 'trace, test, treat'.

The state government has been very successful in solving clusters at Nanjangud in Mysuru and contact tracing related to the Tablighi Jamat.

Karnataka handled the Covid-19 situation extremely well and has been a model state for others. The way Karnataka fought the virus explains a lot about the state's officials' driven approach with minimal political interference under Hon. Chief Minister BS Yeddyurappa ji.

Post the first fatality due to Covid-19, the state invoked the provisions of the Epidemic Diseases Act, 1897 and contact tracing went all the way to Hyderabad and far.

The government ordered closing of places like malls, pubs, theatres, schools, colleges, sports facilities, and all sorts of public gatherings in the state. Also, IT/BT companies were asked to shut and work-from-home facilities were sought for its employees.

Bengaluru has the fourth largest population among Indian cities, and is the second largest city of India. It has emerged as a model city for all the major cities in controlling Covid-19 as Bengaluru has just 43 cases and 2 deaths per million population.

An active strategy for containment, effective use of technology, and a driven approach has made Bengaluru an example for India.