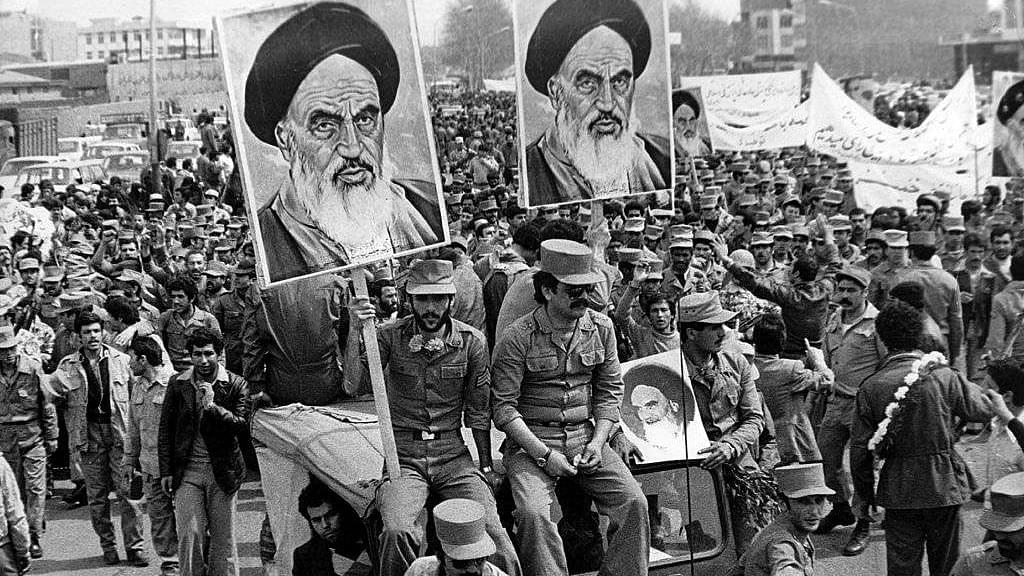 America can always be counted upon to do the right thing, to paraphrase Israeli diplomat Abba Eban, once they have exhausted all other possibilities. In the Middle East, then, the United States has shown extraordinary creativity – for four decades now, it has bungled its way through the region with devastating cost to the locals yet with little to show by way of securing its own interests. Andrew Bacevich's America's War for the Greater Middle East: A Military History presents a scathing critique of Washington's policies in the Arab world that have escalated in intensity over the years only to worsen the situation.

America's War traces the beginning of Washington's downward spiral in the (Greater) Middle East to the oil shock in the aftermath of the Yom Kippur War in 1973. A scarcity of petroleum, to the most automobile-obsessed culture in the world, was nothing less than an assault on its core value of conspicuous consumption. Much like the British Empire was built in a fit of absent-mindedness to protect the Crown's Indian possessions, it was the United States' quest for energy security that drove it deeper into a West Asian quagmire. This was not a simple case of an imperial presidency but the idea that the United States should be more involved in the Middle East – with boots on the ground, if need be – received widespread support from the media, think tanks, as well as legislators. As the author makes clear, this was a war of choice – there was no clear and present danger to the sovereignty or integrity of the US or its allies.

Horrifyingly, as Bacevich shows, American views on the Middle East were unbelievably naive and obtuse. In all the Beltway policy advocacy, Islam hardly found a mention; nor did other schisms that have divided the Middle East for centuries – Shia-Sunni, Arab-Persian, Arab-Turk, Muslim-kafir. The US was comfortably ensconced in its secular, post-Enlightenment bubble wherein such identities carried no meaning. This is intriguing because the mid-1970s was also the time when American academia was undergoing the Cultural Turn, an intellectual reappraisal of narratives, universality of values, agency, and points of view.

However, it was former US president Jimmy Carter's decision to materially support anti-Soviet factions in Afghanistan that opened the floodgates of American weaponry in Central and West Asia. Aid that initially consisted of medical supplies, communication equipment, and small arms ballooned under his successor, Ronald Reagan, to include training, explosives, and the famous Stinger missiles.

Bacevich takes us from Afghanistan to Iran, Lebanon, Libya, the Persian Gulf, Iraq, Somalia, the Balkans, and finally to the regional war on Islamist terror. In every theatre, the US was oblivious to local socio-cultural dynamics and believed that if brute force was not yielding the desired results, they were simply not using enough. US engagements with vastly outmatched foes, whether it was in the Gulf of Sirte or sands of Al Dibdibah, resembled a turkey shoot; most US casualties arose from asymmetric methods of warfare its foes employed.

US goals were further hampered by their gradualist approach to "decisive" action. Most involvement began with Washington dithering about playing a role, to be replaced by a search for regional partners in the Pollyannaish optimism that such allies would have the same motivations as those of Foggy Bottom. In the third stage, the US would reluctantly deploy troops and advisers but never enough to get the job done, if that is even clear. Finally, Washington would be in an immense hurry to get its boys back; this haste, noticed by its enemies, would be exploited with the result that the region is more hostile and unstable than it was before US intervention. Bluntly put, American aid has done more damage than American bombs.

In the several incidents Bacevich focuses on, American hypocrisy is readily on display. The chapter on the Iran-Iraq War was particularly illuminating on Washington's lies and double standards. For example, when an Iraqi Mirage fighter jet attacked the USS Stark, Washington promptly blamed Tehran! When the USS Vincennes shot down Iran Air Flight 655, then president George H W Bush defiantly declared that he would never apologise for the incident. The US did, however, later pay $61 million to the families of the 274 passengers who had died on board – still without admitting to any wrongdoing.

Bacevich's observations are nothing new to anyone who grew up in the Middle East, perhaps to most who did not grow up in America. Much of the world has had the educational experience of having to live with the consequences of American intervention, whether it is the rise of Islamism or the nuclearisation of quasi-Islamist Pakistan. Bacevich is refreshingly candid that the US was willing to support freedom, democracy, and prosperity as long as it got the lion's share of it. However, the chronological flow of America's War from debacle to unmitigated catastrophe has a powerful effect on the reader. The thread connecting what might appear to be loosely related yet disparate events – the results of one incomplete intervention fed into the next ill-advised adventure that catalysed a blowback elsewhere – weaves a depressing report card of US foreign policy in the Middle East. Worse, as Bacevich and countless others have observed, American justice would be unevenly and opportunistically applied: Saudi Arabia and Pakistan, the twin pillars of Islamism, have consistently escaped the consequences of their actions.

The common theme in the making of US foreign policy, not just in the Middle East, is that Americans are cocksure of their righteous narrative and they are convinced that technological and military superiority will resolve sociopolitical problems. The US sees itself as progressively marching with History, a narrative all others (should) want to imitate. It is this same thinking that fuelled Washington's policies towards the Soviet Union during the Cold War – and got it to a place where its nuclear arsenal neared an insane 30,000 warheads. The only difference between the Cold War and the Middle East is that US assertiveness came late to the desert. This fundamental failure to understand the world, to occasionally think beyond Anglo-American or Western modernity only foretells more pain and suffering in the future.

Despite an acerbic evaluation of US policy in the Middle East, Bacevich does not offer anything by way of solutions to America's wayward policies. The implicit suggestion is that Americans should introspect on what matters to them as individuals and as a society. This offering, though, can apply to anyone in any situation and is not of much help. In a manner, the author comes close to what he criticised Carter for doing, that is, tell Americans off for their lifestyle. A more pessimistic conclusion the book hints at is that it is also possible that the Middle East cannot be "solved." Chaos may indeed be the order of the day and it, too, has beneficiaries.

The bigger question Bacevich's work raises is of narrative: it is not just the US but anyone that can be too caught up in their own world view. This is partly inevitable but greater self-consciousness may give us some warning. As American diplomat and political scientist Henry Kissinger once lamented, government does not leave much time for reflection and all you have when in office is the intellectual capital you went in with. This places a great responsibility on academia, the media, and other opinion shapers to genuinely grapple with the complex issues of the day and resist the temptation of a witty sound bite.

Rather than the narrative and linkages Bacevich lays out in America's War, the book is a great insight into the American mind. The casual style will be appreciated by lay readers and the experience and expertise of an academic who also served in uniform shines through. All in all, America's War for the Greater Middle East should be read as much for what it asks and implies as for what it actually says on the pages.