India Vs West Indies: A Good Result For Virat Kohli 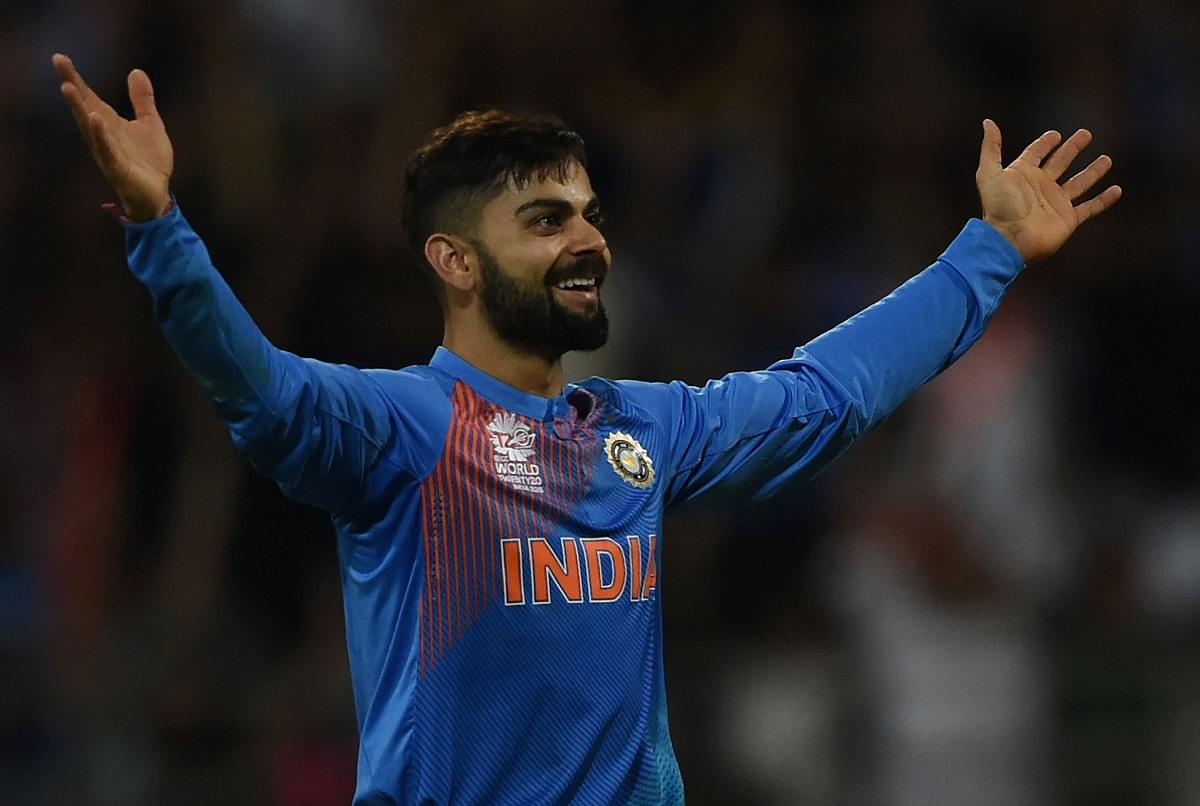 It was the best result for Virat Kohli in the end. What? Have I lost it? No. Stay with me. I wrote, after his stunning performance against Australia, that his self-belief was staggering and that it was even frightening. On Thursday evening and in the build-up to the semi-finals match, the ‘frightening’ part had taken over. In an oft-seen and familiar story of media and the man making each other, taking turns, Kohli’s persona had taken on a much larger-than-life image. Against Australia, he was focused and he allowed himself the luxury of a pumped fist only after a six in the closing overs of the game that brought India closer to victory.

But, here, it was half substance and half show. No doubt that he batted brilliantly again in the final overs but there was the showmanship, unmistakably, which was missing in the ‘quarter-final’ match against Australia. There was no rudeness; unsportsmanlike behaviour or anything like that. But, the image appeared just a shade bigger than the man. I could have been imagining too.

So, when he came on to bowl – I must say that it was a good decision – and took a wicket, it appeared that he could do nothing wrong. Dhoni trusting the man of the moment to turn dust into gold seemed like a brilliant instinctive play. It was not to be. The winning runs were hit off Kohli.

Turn to Chris Gayle. This match was billed as the contest between Kohli and Gayle. Kohli had played his part. A circumspect Gayle did hit a boundary but his attempt to be too responsible made him miss a dipping full toss. Had he batted with his usual attitude, he might have whacked it for runs, if not a six.

So, in a way, both the showmen came up short in their own ways, when it mattered. That might sound too harsh, in particular, as a judgement against Kohli. But, I suppose you get the drift. It is not a sporting judgement but a philosophical one. It matters for the game that it happened. Far more importantly, it matters to them that it happened. It is good to come down to the earth. It is more secure when the feet feel the ground beneath them. It is a different matter altogether that they may not see it this way. The system is organised in such a way as to prevent them from seeing it. But, if they can and do, they will stay and shine for long.

Kohli would have realised that there are limits to what he alone can do. Who would have thought that India would pick up two wickets off two no balls and a brilliant catch by Jadeja and Kohli would end up as a six! What a fantastic drama! Sure, most Indian fans would not have seen it that way. There was no place for fun and enjoyment amidst all the flag-waving, face paints and cupped faces. Pity.

The match, nay, this tournament, has been a victory for the Indian philosophy of Dwaita (loosely put, there is ‘us’ and there is God) over Advaita (God is intrinsic to humans). No, do not get me wrong. West Indies was not representing the Dwaita School and the Indian team the Advaita School. Hardly.

I just felt, after the match, that there had to be a God who not only had a wicked sense of humour, irony but also brilliant in story, screenplay and direction.

The memories of T-20 World Cup that preceded this one seem like a blur to me, perhaps, because I did not follow them that closely or I did and I had forgotten. That is something to remember as Indian fans fret over the defeat over the weekend. It ain’t going to last. Media and the marketing machineries will create the next mania and soon. They have to move on and so will we.

For now, however, for sheer drama, this T-20 World Cup ranks at the very top. Slow wickets, low scores and tense finishes. Batsmen not always dominating. Great sporting feats, reminders of mortality and the drama. India won when they did not appear to deserve it – against Bangladesh. Against Australia, India won when the game appeared all but truly lost. Here, India lost when they thought they had won! Humans and mortal, after all.

Such fantastic drama could not be spontaneous. It is the work of a brilliant story and scriptwriter and Director. There has to be a God – extrinsic to us - who keeps humans dancing at the end of the string, he manipulates so brilliantly.

Now, let us come to cricket. I could watch the match from the 13th over of the Indian innings. After hectic two days in Bangalore attending a Board meeting, I made it to the airport by 6 PM itself, anxious to catch the match from the beginning. My flight to Singapore was at 11 PM. I did not expect the Singapore Airline check-in counter to open before 7. They opened at around 7:35 PM. The departure hall in Bangalore airport has no TV. Immigration counters were thinly manned. By the time I made it to the lounge, 12 overs were gone. There was a bit of a lull in the Indian innings between overs 7 and 12. Those six overs yielded ‘only’ 43 runs. But, that is normal. It is hard to complain about the batting performance when the team puts up 192 on the board. I thought the score had at least a 10-run cushion for India.

Things went according to plan, for India, that is. Nehra bowled tight. Whenever he is hit for a four off the first ball, Ashish Nehra bends his back more and manages to produce a tight over despite that. He did that again in this match. Ashwin had been a disappointment against Australia and against West Indies. Perhaps, a spinner does not need to have such a big final delivery stride. Well, that is hindsight wisdom. Some have criticised Dhoni for not giving more than two overs to his star bowler. But, the man watching the bowler from behind the stumps knows his rhythm. I think Dhoni was right to ‘rest’ Ashwin after two overs, in both the games. One more ego downsized, at least for the moment. Around the 12th over of the West Indies innings, it dawned on me that they were very much in the game. So it turned out. I liked the way that they kept going. No matter there was dew and the ball was wet, it is not easy to chase 192 in the semi-final of a major tournament.

Whichever team won, I was inclined to bet on England winning the tournament. They appear a more complete unit compared to others. But, after this win for West Indies, the eventual winner has become that much more difficult to predict. For a sport-fan and a sporting fan, that is the best thing to happen.

As for India, there is no shame. Except for those two no balls, India did not do much wrong. They bowled eleven wides and won against Australia. Here, they did most things right and lost. Enjoy the irony of life. It was just a cricket match.