Indian Civilisation And Lessons To Deal With Inhumanity 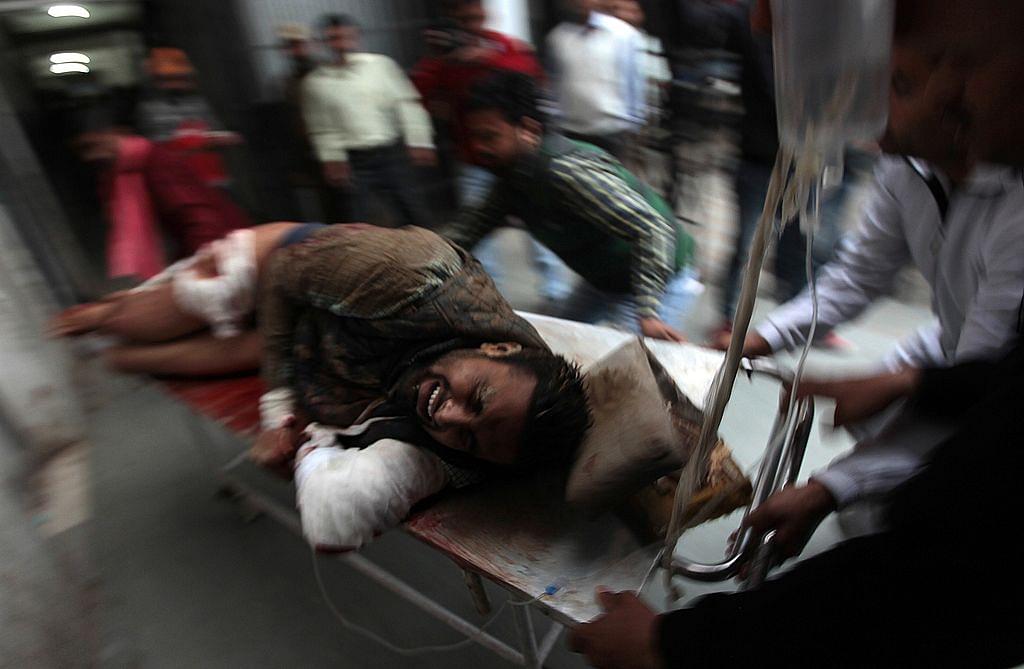 Our hearts go out to all those who suffered the inhuman attack on Easter in a children’s park in Lahore, Pakistan. Jamat-ul-Ahrar, a splinter group of the Pakistani Taliban has claimed responsibility for the attack. Its spokesperson, Ehsanullah Ehsan vowed such attacks would continue.

We know that in both, Pakistan and Bangladesh religious minorities have been facing a slow but sure extinction through systematic persecution. The Pakistan army itself has indulged in such inhuman violence in the past in 1971, in what was then East Pakistan. At that time United States was a tactical supporter of the genocide of the Bengal population. Then too the religious minorities - Hindus and Buddhists - were targeted. The secret Hamoodur Rahman Report commissioned by then president Zulfikar Ali Bhutto revealed one of the most inhuman orders issued in the world military history in recent centuries, matching only the orders given by Nazis: “General Niazi asked as to how many Hindus we had killed. In May, there was an order in writing to kill Hindus.”

Throughout history certain human societies have been treated as if the dominant humanity does not care whether such human societies live or cease to exist. In 1972, Idi Amin told the world that God announced to him in a dream to expel the Indians from Uganda. While those with UK citizenship migrated there, US took a measly number of 1000 refugees. To this day 20,000 Indians are unaccounted for and the world never cared.

In India itself, Reang tribes still live in the sub-human conditions of refugee camps, driven out by Mizos. They along with Kashmiri Pandits, another victims of ethnic cleansing, face ethnic extinction even as the reader reads these lines. The Kashmir ethnic cleansing has even been justified by some in the media. From 1990s, Jamatiya villages are being destroyed by NLFT. In 2009, Sri Lankan Tamils underwent one of the worst human traumas in the decades long civil war. It was only after 2014 that the killing of Tamil Nadu fishermen has been stopped.

Nearer home, we remember still how bombs ripped apart the limbs of our brethren in the street of Coimbatore in 1998. We remember how the last set of bombs to explode were strategically placed in the hospitals of Coimbatore where the wounded would be taken for survival. Even hospitals with maternity wards were not spared. We also saw to our horror how the perverted parlance of secularism and vote-bank politics converged into a dark alliance to deny justice to the victims and survivors of Coimbatore bomb blast. A US human rights commission even expressed apprehension over the arrest of the prime-accused in that terror attack.

A decade after the Coimbatore bomb blast we saw how the US intelligentsia provided almost a justification for the 2008 Mumbai Jihadist carnage that killed 164 and destroyed the lives of more than 300 Indians. Martha Nussbaum turned a blind eye to the role of Pakistan. She called 2008 Mumbai massacre as ‘Indian terrorism’ and said it should be viewed in ‘broader context’ and then as usual provided the urban legend of ‘2000 Muslims’ killed in 2002 Gujarat Hindu-Muslim riots though in reality about 700 Muslims and 250 Hindus were killed.

Jonathan Rosenblum, the columnist for ‘Jerusalem Post’ wrote an inquisitive analysis of Western media’s intellectual and internet response to the 2008 Mumbai massacre. He stated that the media ‘consistently downplayed both the ideological and Islamic nature of the attack’ going to the extent of calling it “teenage gunmen run amok” and described the killers showing “wanton disregard for race or creed.” However Rosenblum points out that the terrorists had ‘clearly identified target groups - Indians, Americans, British and Jews’. Further, he points out that ‘discussion of the attackers’ grievances - India’s presence in Kashmir, anti-Muslim violence by Hindus, American military intervention in Muslim lands and, naturally, Israeli settlements - proved another tactic for diminishing the threat posed’.

In 2015, the world has also been largely silent over the horror of sexual slavery and massacre coming from the Yazidi people which continues to shatter all hopes in humanity and diminishes the collective human dignity.  Yazidis of Iraq, Hindus of Pakistan and Bangladesh, Tibetan Buddhists under Chinese regime - the list is endless: essentially they are in varying degrees in the same place where the pre-holocaust Jews were in Christendom. The mindset that plans the bombing of children’s park on an Easter day is the same mindset that demonizes a people and their culture. It is the same mindset that claims the ultimate truth to one’s own narrow creed. It is the same mindset that made the doors of Auschwitz possible.

Throughout ages India has rejected this mindset. Swami Vivekananda declared before his American audience, at the world parliament of religions in 1893, that he was ‘proud to belong to a nation which has sheltered the persecuted and the refugees of all religions and all nations of the earth.’ He told them how India has ‘gathered in her bosom the purest remnant of the Israelites, who came to Southern India and took refuge with us in the very year in which their holy temple was shattered to pieces by Roman tyranny’ and how India had ‘sheltered and is still fostering the remnant of the grand Zoroastrian nation.’

Today in 2016 we still see around us persecuted Yazidis and Gypsies, Hindus and Buddhists, warring Christians and Muslims. It is time we realize we are all one. And that which befalls on any branch of humanity befalls on the descendants of all humanity. Realizing we are one and all our theo-diversities are equally valid experiences of the Divine is the only way for humanity to survive. Ramakrishna declared ‘as many human beings are there so many are the number of religions’. Understanding that religion is not in dogmas and structures but in one’s intimate personal experience is the key to the future in today’s connected world.

One of the tallest world historians Arnold Toynbee, who had witnessed the horrors of Second World War said that ‘at this supremely dangerous moment in human history, the only way of salvation for mankind is an Indian way.’. That was not said in any sectarian sense and it is more relevant today than ever. Even as we share the agony and pain of the human losses of the victims of Pakistan bomb blast, we should realize that this inhumanity can be ended through civilizational means for which India has to take the lead.