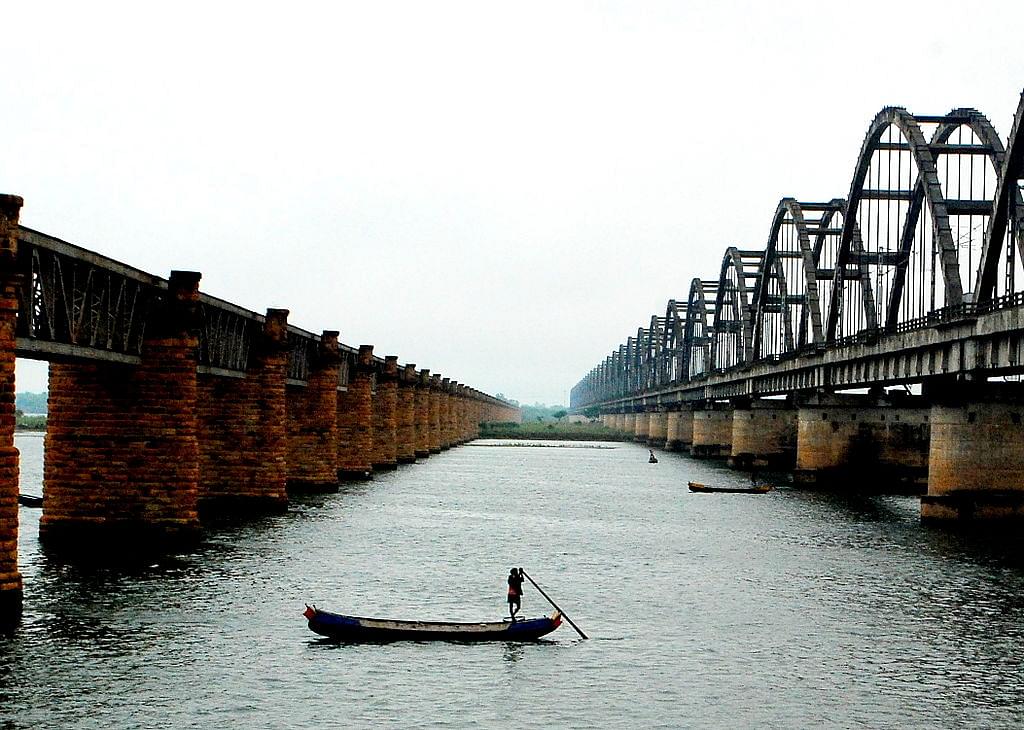 A brief review of the Godavari-Krishna rivers linking project in the context of the National Rivers Linking Project.

The grand proposal of interlinking of rivers has evoked the imagination and enthusiasm of past and present eminent engineers and policy makers. Earliest in the nineteenth century was Sir Arthur Cotton’s plan of linking rivers in southern India, followed by K L Rao’s plan linking Ganga and Cauvery and Captain Dastur’s Garland Canal Project.

The latest was in the early 1990s when National Water Development Agency of the Government of India was entrusted to develop the detailed plans for interlinking Himalayan Rivers and the rivers in peninsular India. This was a Herculean task and remained on the drawing board for a very long time until in 2003, the Supreme Court of India favourably acted on a public interest petition and enjoined the Government of India to complete all the planning required to complete the National River Linking Project (NRLP) by 2016. The then President Late Sh. APJ Abdul Kalam also vigorously endorsed the idea and urged the government to put its best efforts for its early completion and continued to insist till the end.

The National Democratic Alliance government during its first tenure under  Atal Bihari Vajpayee made serious efforts and constituted multi-disciplinary task force for its timely completion and eminent politicians like Sh. Suresh Prabhu, Mr. Chandrababu Naidu, Selvi Jayalalitha and even Mulayam Singh Yadav made notable contributions. However, the enthusiasm of the government was met with severe opposition from environmental groups and civil society organisations, and an impression was created that NRLP was a dreadful proposition.

During the decade-long tenure of the United Progressive Alliance government, the NRLP was not actively pursued, and no significant progress was achieved. As per the existing proposal the Himalayan and peninsular components of the project will transfer 33 and 141 BCM (billion cubic meters) of water through a combined network of approximately 15,000 km long distributary canals and shall cost around Rs. 56,000 crore.

Linking of Mahanadi-Godavari-Krishna- Cauvery- Vaigai Rivers is the cornerstone of the peninsular component of the NRLP. Though enjoined by the Supreme Court of India to complete by 2016 and willingness of the new government to walk its talk, the general agreement is that even with best intentions all the components of this grandiose project may not be completed by 2050. At the same time, the disappearing groundwater and accentuating surface water scarcity in peninsular India and the distress caused by frequent droughts and floods have frustrated the farmers with a heavy pressure on policy makers and the politicians.

Perhaps regional inequality of water resources development was one of the important reason for bifurcation of Andhra Pradesh and Telangana states. Credible hydrological studies have shown that significant non-utilizable water resources are available in the eastern basins like Mahanadi and Godavari. Rapidly expanding population and increasing demand in water-stressed  basins can beneficially use a part of these non-utilisable water resources without noticeable impact on the ecosystem.

With 144 BCM of Total Renewable Water Resources (TRWR) and 116 BCM of potentially utilizable water resources, Godavari river basin is the fourth largest basin in India. About 110 BCM of the resources flow as surface runoff as the storage capacity is limited to 30 BCM. As per the estimates of 2000, water withdrawal by all sectors was only 45 BCM leaving a large unutilized surplus.

As such there is enough water to meet the potential demand even in 2050 and also take good care of the health of the river system.  On the other hand, the adjoining Krishna basin, the food bowl of Andhra Pradesh, is facing serious water deficits and is a fast closing basin. Consumptive water use, mainly for agriculture, account for about 91 % of the basin net inflow and warnings of basin closure with serious consequences emerge during the dry periods. Due to massive surface and groundwater irrigation development, the annual river flow at the Krishna outlet has decreased to approximately 36% of the pre-development level, and certain studies have reported minimal outflows endangering livelihoods, biodiversity and other negative externalities in the coastal region.

Cultivable area of about 20.3 M ha in the Krishna basin is now pre-dominantly dependent on groundwater, and the water tables are fast declining. With no surplus water within the basin, the only viable option was to transport water from the neighbouring water surplus Godavari basin through interlinking of the rivers and an appropriate distribution system.

Godavari (at Polavaram)- Krishna (at Vijaywada)  Link (P-V Link) is the most downstream link in the two basins. Indira Sagar Right Main Canal is the main canal of this link which envisages providing surface irrigation to command area of 140,000 ha.

The large water transfer shall also have significant positive impact for the existing groundwater use patterns. Detailed studies by the International Water Management Institute showed that due to this water transfer groundwater recharge shall rise by 28% directly through canal seepage and indirectly by excess surface irrigation seepage. Water table rise of 1.83 m can be awaited from an increase in recharge. After commissioning the link, the groundwater irrigated area shall become more sustainable and remaining rainfed area shall also come under irrigation. The projected estimates based on 2005 data, showed that the total agricultural benefits shall increase to Rs. 278.5 billion (67.9 % increase from the existing level) due to enhanced crop production from more area under irrigation and increased cropping intensity.

On the flip side, about 16% of the command area is likely to witness waterlogging, especially in Gannavaram block, in case appropriate remediation measures are not put in place and this will be a serious negative externality of the project. It is true that under the todays’ development scenario and near future demand projections, the donor basin of Godavari has sufficient surplus water and can generously share it with the parched Krishna basin. However, this surplus is based on the average peak values and faces large temporal variations. The perceived surpluses can be meagre in the years of deficit rainfall. When intra-annual variability of flow is accounted, any transfers of water at the transfer sites within the Krishna river basin would affect the environmental water requirement in the Krishna delta or vice versa. Hydrological modeling of the Godavari (Polavaram)-Krishna (Vijayawada) link also confirms the above finding that water transfers would affect the downstream users of the Godavari basin.

Some of the smart states and their respective chief ministers understood that economic growth of their state is critically linked to its water security. NRLP in its totality is too grand and complex to be implemented at the national level and the water and benefit sharing mechanisms between the donor and recipient states are not yet fully understood, defined and negotiated. Water transfers in the peninsular component too would hinge on inter-state politics, economics and agreements.

Moreover, the debate and discourse on interlinking of the rivers is highly polarized with strong and sometimes just concerns of the environmentalists, sociologists and other non-state actors. Under such scenarios, the available option with the distressed states is to implement small intra-state links over which they have better control and harvest immediate benefits. The ‘good’ need not indefinitely wait for ‘the best’ to materialize.

Having realized this early on Mr. Narendra Modi, the then chief Minister of Gujarat, approved important links between the north and south Gujarat; Mr. Nitish Kumar, Chief Minister of Bihar has formulated viable plans to address the twin problems of annual floods and recurrent droughts by linking the water surplus rivers of North Bihar with low discharge rivers of South Bihar. Mr. Chandrababu Naidu is a frontrunner in the race with actual implementation and opening the inter-linking canal gates for water transfers from water surplus Godavari to the thirsty Krishna basin!