Not Nano; The Alternative To Unsafe 2-Wheelers Is A Bike With 3 Wheels 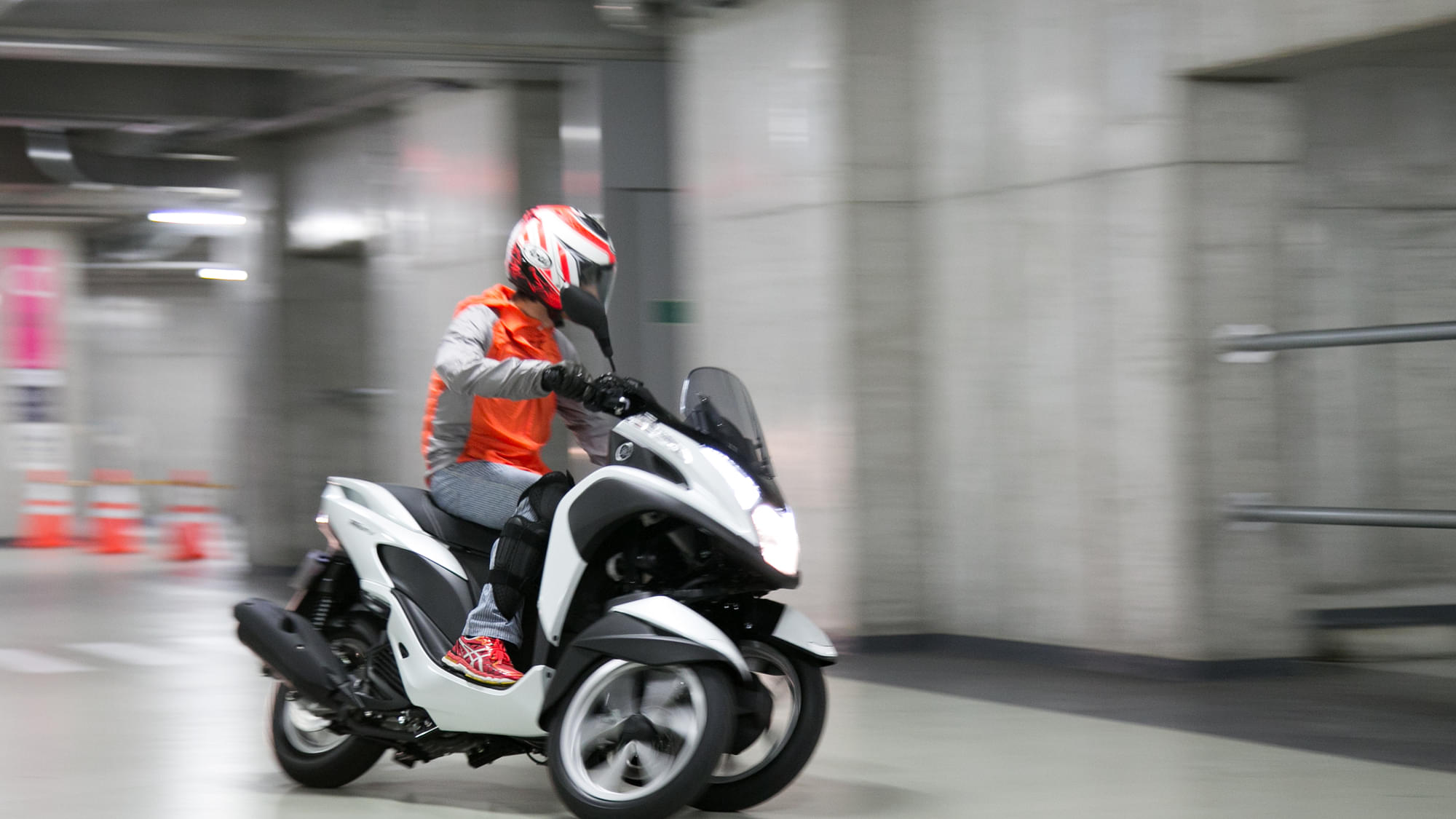 The death of Veenu Paliwal, a 44-year-old motorbike enthusiast and mother of two, in a road accident in Madhya Pradesh on 11 April should drive home a simple point: two-wheelers are unsafe. They should not be the country’s prime mode of personal transportation.

Indians buy over 16 million motorised two-wheelers (motorbikes, scooterettes, scooters) every year. Unlike the west, two-wheelers are not used in India only for adventure sport or local short-distance riding; they are the primary means of personalised transport. They carry young people to work and back everyday; they carry couples and entire families in rural areas.

Three out of every four vehicles bought in India are two-wheelers, and over 26 percent of road accidents involve two-wheelers (2014 figures). Over 35,000 people die in two-wheeler accidents every year, and three times as many get injured. That’s about a 100 people every day dying. And we are not even talking about unreported bike accidents and injuries. My guess is that less than a tenth of bike accidents of a minor nature get reported into the stats.

The Paliwal accident should be an eye-opener for she was not an amateur biker trying to go too fast on a highway without a helmet. She wore all the protective gear. She was riding a Harley Davidson and she was an expert biker, having received the Lady of Harley honour. She died when her bike skidded and her liver ruptured under the impact of the accident.

Accidents like these may not be common, but the point is this: how long are we going to live with the reality that poor public transport and poor road safety requirements drive so many thousands of Indians to death and injury on two-wheelers every day?

While the public transport issue can be dealt with separately, the issue of rash and unsafe driving on highways and city roads cannot be ignored any longer. Broadly speaking, the more the chances of speed, the more likely the chances of accidents happening. Accidents on national highways thus account for the bulk of the fatalities, and the causes of accidents are overwhelmingly (nearly 90 percent) due to bad driving habits (overspeeding and dangerous or careless driving or overtaking), according to National Crime Records Bureau (NCRB) data for 2014.

While trucks and two-wheelers are the prime causes for this high fatality rate, the reason why we need to focus on bikers is that riding them is like asking for trouble. Trucks kill, but bikers get killed.

There are two reasons why two-wheelers are fundamentally unsafe for everyday use: one, due to the need to retain balance, a certain minimum amount of speed is essential; and two, the new two-wheeler brands all have quick acceleration and are capable of high speeds; they are an invitation to disaster. If you are riding a two-wheeler day in and day out, what are the odds that you will never have some kind of accident?

Is there something we can do beyond asking riders to wear helmets and ride more carefully?

The logical thing to do is to add an extra wheel to two-wheelers. Ratan Tata saw his Nano as a worthy replacement for unsafe two-wheelers, but he got the solution wrong. The right alternative to a two-wheeler in a country where personal transport has to be made affordable is not a watered down car, but a two-wheeler with an extra wheel.

The extra wheel can be in front or at the back, and the technology for this already exists. Three-wheeled two-wheelers with sidecars, and four-wheel scooters for senior citizens are already in existence in India.

Clearly, two-wheelers for regular personal riding ought to be discouraged, and there should be a ban on more than one person riding any two-wheeler. It is three-wheel bikes that ought to be the norm, as they would be safe for nuclear families to ride. There would be no need for the rider to balance or speed excessively.

A key element of road safety would be to ask India’s two-wheeler makers to start introducing vehicles with an extra wheel. Those who still want to ride two-wheelers should be made to pass stricter riding tests than those riding vehicles with three wheels. They should also be penalised more for accidents and rash driving.

Over a 10-year period, I would be surprised if too many people would want to ride an unsafe two-wheeler. Some years ago, we thought kick-starting bikes was the macho thing to do; today electronic start is the norm. So will it be with bikes with an extra wheel.

To repeat: the right answer to the two-wheeler’s lack of safety is not the Nano, but a vehicle with three wheels.