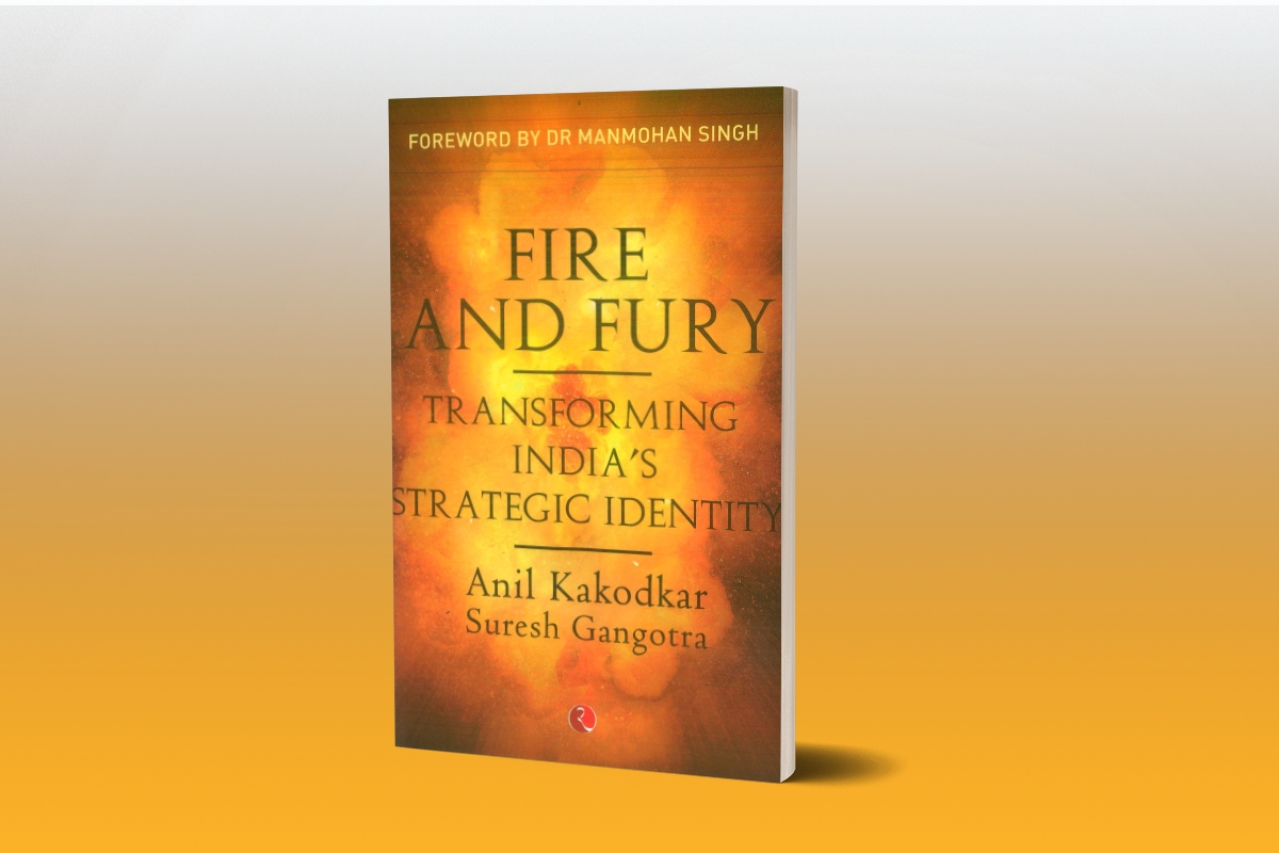 Over the past five decades, India’s nuclear programme has generated voluminous writings from scholars, scribes and writers of many disciplines.

There have been, however, fewer memoirs and biographical accounts by scientists and technical personnel involved in the programme. Dr Anil Kakodkar, former nuclear scientist and chairman of India’s Atomic Energy Commission, fills this void by chronicling his tryst with India’s nuclear power programme in a book titled, Fire & Fury: Transforming India’s Strategic Identity.

Co-authored with his former colleague at the Department of Atomic Energy (DAE), Dr Suresh Gangotra, the author presents a first-hand account of many important debates and decisions that shed new light on the making of India’s nuclear programme.

The book is a riveting account of Dr Kakodkar’s journey of over 45 years in the nuclear establishment. From a trainee engineer to head of the nuclear programme, he narrates several important events starting from building research reactors, to conducting nuclear explosions to negotiating a nuclear accord with the United States, which not only shaped the trajectory of India’s nuclear programme but rightly so, transformed India’s strategic identity.

In particular, the chapters on the early years of the nuclear programme offer several new insights into safety and technical aspects of building, operating and overhauling nuclear power reactors in the country.

For instance, during the construction of the R-5 research reactor, the author narrates an interesting tale of a tussle among the senior scientists of Bhabha Atomic Research Centre (BARC) over the replication of the Canadian reactor design as opposed to developing an indigenous design to set-up the R-5 reactor, later christened as Dhruva (the polar star in Mahabharata).

Amidst the tussle, the adoption of an in-house reactor design crafted by Dr Kakodkar and his team was a major boost for promoting in-house ‘learning by doing’, and building indigenous technological capabilities.

Apart from designing new reactors, the author also details many interesting anecdotes of technological challenges posed during the repair and overhaul of the crippled pressurized heavy water reactors at Rawatbhata and Madras stations.

The restoration and safe operations of these reactors required DAE scientists to adopt novel technological solutions which proved to be immensely beneficial in the design and operation of next-generation reactors.

Overall, the indigenous technological effort not only enabled the nuclear establishment to acquire advance design and innovation capabilities but also to emerge as a world leader in fast reactor technologies.

The aspects of ‘learning by design’ and ‘trial and error’ as emphasised by the author thus played a decisive role in the evolution of India’s nuclear power programme.

The story of India’s nuclear weapon tests in 1974 and 1998 are equally insightful. As a member of a small group of scientists involved in the strategic programme, the author provides a first-hand account of the planning and execution of nuclear tests and also dwells at length about the controversies surrounding the measurement of yield from these explosions.

On the dynamics of decision-making in Peaceful Nuclear Explosion (PNE) in 1974, the author hails the DAE’s programme for peaceful nuclear explosion engineering as a “legitimate” exercise in accordance with the international efforts to develop the “peaceful applications of nuclear energy”.

On India’s decision to conduct peaceful nuclear explosion (PNE) in 1974, the authors present an interesting ‘personal assessment’ that stands in sharp contrast to arguments propounded in much of the Western scholarship on India’s nuclear policies.

The author sets the records straight by noting that India had no desire to acquire nuclear weapons. However, he links India’s decision to conduct the PNE in 1974 to certain coercive actions during the 1971 India-Pakistan War by the United States such as the deployment of 7th fleet in the Indian Ocean.

Also, for 1998 nuclear tests, the author reiterates the arguments relating to the pressure imposed by CTBT negotiations as well as due to the worsening security situation in the 1990s.

The author is quite forthright in his assessment on constraints imposed by various export-control regimes like the Nuclear Suppliers Group (NSG) and Missile Technology Control Regime (MTCR), etc, which came into being after India’s 1974 PNE.

He outlines in considerable detail the challenges posed by technology sanctions on the growth of India’s civil nuclear and other S&T programmes like space, defence production, electronics, and so on.

Besides sanctions, he also highlights the constraints imposed by India’s limited supplies of domestic Uranium and its implications for running the existing nuclear power reactors to their full capacity.

He explains in great detail, how the prospects of securing Uranium and reactor technologies from the international market amidst dwindling supplies of domestic Uranium had shaped New Delhi’s approach towards negotiating the Indo-U.S. nuclear accord.

In this context, the author offers a first-hand account of the hardball approach played by his team that led India to secure key concessions from the U.S. in the so-called Indo-U.S. nuclear deal.

Although the nuclear deal had drawn much criticism from many quarters in India including some of Dr Kakodkar’s former colleagues in the DAE, in hindsight, it is amply clear that the deal has not only safeguarded India’s strategic autonomy but also opened the gates for New Delhi’s integration into the global nuclear order.

Furthermore, the deal proved to be a saviour for India’s domestic nuclear power reactors, which has been running way below their stipulated capacity due to a shortage of nuclear fuel.

The fact that it took almost 6-7 years for nuclear policymakers to resolve the impasses created by nuclear the liability regime, adversely affected the plans envisaged during nuclear deal negotiations for large capacity addition through both indigenous as well as imported routes.

However, in the light of India’s recent announcement to build ten 700 MW PHWRs, and the progress achieved in setting-up light water reactors in collaboration with Russia at Kudankulam, the author envisions a strong possibility for India to emerge as a manufacturing hub for major reactor components and sub-systems.

The author narrates many trials and tribulations of the Indian scientists and reminds the country that strong technological and economic fundamentals are vital for a confident march of the country.

This profound and through-provoking book should be of interest to scholars, historians and policymakers dealing with matters of science, technology, education, and national security of the country.