Siachen Tragedy: The Trauma Is Real, But It's Vital To Our Interests 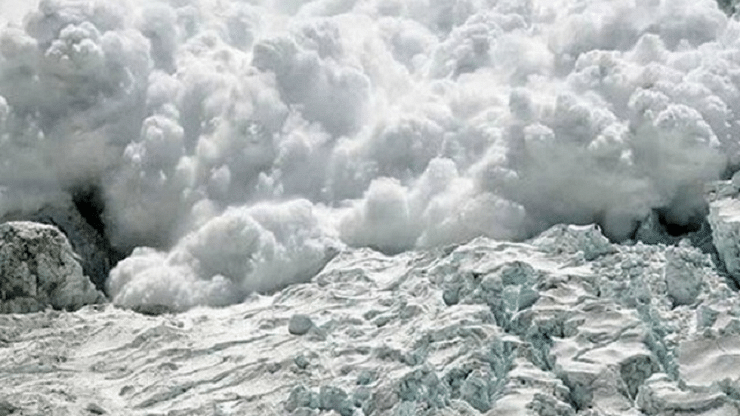 In the early hours of 3 February, a major avalanche struck the Army post in Northern Siachen Glacier trapping 10 soldiers, 9 out of which have been reported to be dead*. Lt. Gen Syed Ata Hasnain (Retd.) narrates the experience of the troops stationed there.

Nine more good men down; victims of Siachen Glacier’s unpredictable climatic and terrain dynamics. 19 Madras, to which the soldiers belonged, is as good a unit as any from the Indian Army’s Infantry. I have always admired these soldiers from the only infantry regiment of purely south Indian troops.

Far from any perception that may prevail that south Indians may not be great fighters in high altitude and glaciated terrain these units prove just the opposite. Climatic and terrain-based accidents occur in the glacier with regularity and unpredictability.

Luck more than anything else plays a major role in survival here.  Equipment and training is in plenty but the glacier needs more than just that for survival. A few things need to be placed in perspective for the public to glean what glaciated operations really mean. And I won’t start the traditional way, by relating how Siachen became an issue between India and Pakistan

The Siachen Glacier, 75 km in length, is a river of snow/ice, many hundreds of feet deep. Its ‘snout’ is where the base camp of the Indian Army is. It is not really flat but compared to the high mountains on its flanks it is almost like a table top. The Army occupies the glacier with its bases, smaller camps, headquarters and artillery gun positions.

Coming down from the Saltoro Ridge towards the main glacier are a number of sub glaciers; these facilitate the routes and camps which support the deployment of the Indian Army at the Saltoro. The latter deployment is on razor sharp peaks and ridges where construction of any shelters becomes near impossible. The final ascent to the deployment areas is sometimes by use of ropes over vertical ice walls.

As few as two to six men may remain at a post, because there isn’t space for more. Snow caves are used in some cases. There are small snow-beaten helipads in the main glacier and at logistics hubs at the sub glaciers (example Bila Fond La) but the helipads which need to be seen to be believed are tucked away at the Saltoro Ridge in nooks and corners. Helicopters are the lifeline because they transport radio batteries, kerosene oil, tinned food and special rations besides letters from home.

The system is usually something like this. Kerosene and other bulk loads are packed at Base Camp and loaded into Mi-17 helicopters (the medium sized helicopter). They are para dropped at the designated dropping zones (DZs) in flat portions of the glacier near the logistics hubs. It is not easy for the Mi-17 to hover at the altitudes of the glacier.  These loads are collected with the help of snow scooters and sledges and taken to a bulk breaking point at the hub.

An oil pipeline to at least one bulk breaking point also exists and is a marvel of innovative engineering. The lighter helicopters arrive from Base Camp with a few luxury loads like mail and a few fresh items. These helicopters deliver the initial stores and then ferry kerosene oil, men and other material between the hubs and the posts on the Saltoro Ridge where there have to be small detachments to receive the stores, oil, food and mail and send them ahead to the smaller posts through patrols.

The number of flights from bulk breaking points to forward helipads could be as many as 10-12 a day with the first one or two sorties carrying just a jerry can of kerosene oil due to the bulk of their own weight of fuel. This is how life goes on at the icy heights. Everything is contingent upon weather.  For days on end no helicopter may fly; which is why it is important to stock up reserves whenever the weather is good. Movement of snow scooters and patrols or links as they are called also cease the moment the weather deteriorates because navigation even for a few meters becomes extremely difficult.

It is on one such post near a helipad at the Saltoro that the ice wall has collapsed and come cascading down on the 10-man post which existed there for the purpose of receiving and distributing supplies. Ice walls are usually not susceptible to collapse but higher up with excessive snowfall, ‘overhangs’ form. These are also called ‘cornices’ and as they become larger they threaten to come down the moment the weather turns a little warmer by day. There are thousands of such cornices but all do not collapse.

Sometimes, experienced mountain men fire rockets or automatic grenade launchers to loosen the cornices and allow them to come cascading down in a controlled way. However, this procedure is not an easy one, especially if there are troops residing at the top of ice walls where the cornices have formed. Rockets also perform in unpredictable ways in the rarefied atmosphere.

The science of prediction of avalanches has not reached that level where it can predict the exactly location where these may occur. The Snow and Avalanche Study Establishment (SASE) at Manali has many of its detachments in Ladakh and Kashmir but its capability is restricted to generic warnings about areas where avalanches could occur. The entire Siachen area usually falls within that scope.

The Indian Army’s avalanche drills are well established. However, if 30 feet of snow comes atop a post in an isolated area where movement in winter is only possible by helicopter, rescue becomes a nightmare. Even if 10-15 men can be inducted, their very survival also gets threatened due to lack of cover,  icy working conditions and limited working efficiency.

The question is can some of these posts be evacuated for winter and reoccupied in summer (just like the concept elsewhere, where winter vacation is a norm)? By trial and error the Indian Army has established patterns of snow activity and accordingly there do exist some winter vacated posts.

However, despite ceasefire (and an effective one too) risk cannot be taken. It essentially means that no chances can be taken with our Pakistani brethren who may well be found occupying such a post of ours when we return after winter.

Why is the potential occupation of a winter vacated post by the Pakistan Army fraught with danger? This is important to know if you wish to understand the entire concept of the Indian Army’s deployment. Currently the Pakistan Army occupies the Konduz Glacier which is lower and almost parallel to the Siachen Glacier but separated by the Saltoro Ridge.

To get to the Siachen Glacier or train observed artillery fire on to it, the Pakistan Army needs to perch itself on a toehold on the Saltoro. That toehold can then be expanded to form a firm base for the conduct of operations.

In various attempts from 1984 till 2003, the Pakistan Army made valiant efforts to dislodge us and secure that toehold, but failed. Pervez Musharaf, in his avatar as an SSG commander, is known to have guided some of these attempts in 1987-88.  Then ceasefire came on 26 November 2003 and here in the Siachen Glacier it has held most effectively. The Indian Army can take no chances with losing ground of such importance at the Saltoro heights and hence has to hold even some well-known avalanche-threatened areas.

Life threats are not limited to avalanches and snow slides. The temperatures, going as low as -53 degrees C, combined with low oxygen levels at 18,000 to 22,000 feet create an acutely uncomfortable environment. Headaches, insomnia, lack of hunger and bowel movement, all reduce human efficiency and in some cases leads to enlarged hearts and High Altitude Pulmonary Oedema (Hapo).  While special rations are provided to troops their consumption is unpredictable and based upon different human responses.

The second life threatening phenomenon is ‘crevasses’. These are large chasms in the frozen river of ice which are temporarily iced over by prevailing cold conditions. By day as the sun rises the temperatures can also rise unexpectedly, making the iced-up covers of the crevasses quite deceptively thin. Men have been known to have disappeared into these crevasses never to be recovered.

That is why all movement at the glacier is in minimum strength of six and all have to be trained and roped up for survival should they encounter crevasses. For sheer interest readers would do good to read a story online at this link . It is all about a patrol which suffered the trauma of a soldier in a crevasse.

One other fact being misreported by the media is the length of stay of a soldier and his unit at the glacier. The rule is no soldier should spend more than 90 days on the glacier; this does not include the period spent in training and induction which may itself extend to two months or so.

An infantry unit spends six months on top and its period of reconnaissance; training, equipping and deployment is usually one year. Depending on weather conditions, relief of troops sometimes gets delayed, forcing officers and troops to spend longer than mandated periods at the heights.

Is it worth holding a piece of land where not a leaf nor a blade of grass grows? We have held it since 1984 and Pakistan has been desperate to evict us from it since then; there obviously has to be a strategic importance which takes some explaining.

The Pakistanis term it ‘low hanging fruit’, ready to be plucked for a negotiated agreement. They too lost 138 soldiers in a devastating one kilometer long avalanche on the Gyari deployment in 2012. The desire for a negotiated settlement has gained weight since then.

It will need a second part of this essay to analyse whether the fruit is really hanging so low or is it our gullibility that Pakistan wishes to exploit. The necessity for India to hold the glacier, as it does, and occupying the Saltoro Ridge in strength will be the subject of a full essay in Swarajya in the very near future.

*As per reports, one soldier, Lance Naik Hanamanthappa, survived the avalanche