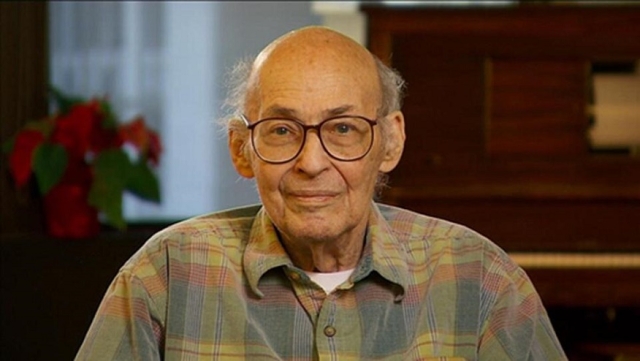 The creation of Artificial Intelligence through codes, with silicon as base shares similarities with the creation of the  Golem through an incantation with soil as base even though the latter is part of a fable.

There is an apocryphal story that was narrated to a graduate student in MIT’s AI laboratories during the  1970s. It is about three pioneers in the field of Artificial Intelligence (AI)- Joel Moses, Gerry Sussman and Marvin Minsky. Joel was speaking of an event that happened at his bar mitzvah, the initiation ceremony of a Jewish boy when he reaches the age of 13.

His grandfather called him aside and told him that he was a descendant of famous Rabbi Juddah Loew (1525-1609). The Rabbi was famous for having created a Golem (a being made of inanimate matter, usually from soil which gets animated by a magical incantation) to protect the Jewish community from the typical medieval pogroms.

The golem started running amuck and the rabbi returned it to dust. However Joel’s grandfather told him that the Golem was really not destroyed but instead was returned to a state of suspended animation. And if the  need ever arises then through an incantation it could be brought back to life. It is the duty of the grandfather to pass this information onto the grandson and when the time comes Joel should pass it onto his grandson.

Interestingly Sussman who was around told the informal group that he too was told by his grandfather that he was a descendant of Juddah Loew  at his bar mitzvah and that he was also given an incantation. With those around looking curiously the two wrote separately their given incantation and then all found that the independently scribbled incantations were the same. At this point Marvin Minsky considered the father of AI arrived on the scene.

An astute rationalist, he dismissed with disdain the whole thing and revealed that at his bar mitzvah  he was also told the same story by his grandfather and was given the incantation. But he claimed that he not only disbelieved the story but had also forgotten the incantation. Prof. Brian Lancaster, a transpersonal psychologist mentions this incident in his book ‘The essence of Kabbalah‘ and remarks that even as we dismiss the uncanny aspects of the story, the creation of AI through codes, with silicon as base shares similarities with the creation of the  Golem through an incantation with soil as base.

This writer first read about Minsky in Isaac Asimov’s non-fiction ‘The subatomic monster‘ (1986). It was a dinner party and Asimov discovered Minsky sitting to his left and physicist Heinz Pagels to the right. Pagels was sympathetic to the view that intelligence is a purely biological phenomenon and hence AI was for him a contradiction in terms. Minsky was after all one of the founding fathers for Artificial Intelligence.

Asimov writes that then right over his head literally and figuratively an intense but polite debate followed. In his concluding paragraph Asimov wrote:

It may be, then, that even though computers are nothing like brains, computers may teach us things about brains that we might never discover by studying brains alone – so in the last analysis I am on Minsky’s side.

Minsky belonged to the school of what is called in AI circles as ‘strong AI’. Proponents of ‘strong AI‘, believe that machine consciousness is possible. To Minsky what we call ‘minds’ are ‘simply what brains do’. It may be essentially correct to say that Minsky held the computational model of the brain as capable of explaining the cognitive ability of the brain.

According to Minsky even before we understand consciousness and intelligence, it is perfectly plausible that we can create systems with AI, which would be equally confused like us humans in dealing with those ever haunting problems:

When intelligent machines are constructed, we should not be surprised to find them as confused and as stubborn as are men in their convictions about mind-matter, consciousness, free will and the like.

Nevertheless his was not a dry reductionist per se. He saw intelligence as emergent property from the interaction of unintelligent components. ‘The power of intelligence stems from our vast diversity, not from any single perfect principle‘ he had stated in his ‘Society of the Mind‘(1986). Minsky was not very enthusiastic about psychologists trying to imitate physicists with their ‘laws’.

In his own words –

However, no such simple set of laws exists, because every brain has hundreds of parts, each of which evolved to do certain particular kinds of jobs; …And though we don’t know enough about how each of those brain-centers works, we do know their construction is based on information that is contained in tens of thousands of inherited genes, so that each brain-part works in a way that depends on a somewhat different set of laws.” So for Minsky this situation suggests that we need to ‘do the opposite of what those physicists did: instead of searching for simple explanations, we need to find more complicated ways to explain our most familiar mental events.’ (‘The Emotion Machine’, 2006).

This writer also has a brief personal brush with this famous scientist.It happened in 2004. I wrote an article on the nature of mathematics as a language and sent him in a rare fit of rashness. I was surprised to receive a detailed reply from him.

‘First I think your essay is very thoughtful, interesting and valuable’ he had started, perhaps the best compliments I ever received in my career as popular science writer.  He disagreed with some of the points in the article. He pointed them out in a detailed manner. He had taken the pain of getting the relevant portions from his ‘The Society of Mind‘.

Educational psychologists talk of ‘intentional ambiguity’ at the root of mathematical knowledge acquiring by humans (the process of counting and the result of counting get encapsulated in the expression of a number). At the other end of the spectrum there is ambiguity in understanding what a mathematical construct means in terms of the complete picture of reality.

I agree completely.  But I see it as a consequence that we do not yet have a ‘complete picture’ of the world.   Some physicists think that we may eventually achieve one, while others think that there will forever be new problems.   And, obviously, even when we get one, we won’t be able to prove that it is complete‹so this is a question that (probably) will never be settled. (Especially, if we find ways to make new universes with different physical laws.)

I was delighted. And then I got derailed. Other interests took over. I lost communication with him. But the way he responded to an unknown youth, somewhere in a small town in the remote corner of the world, showed a greatness of heart of one of the greatest minds that ever walked among our species. I feel a personal grief at his death and I wonder if he really forgot that incantation.