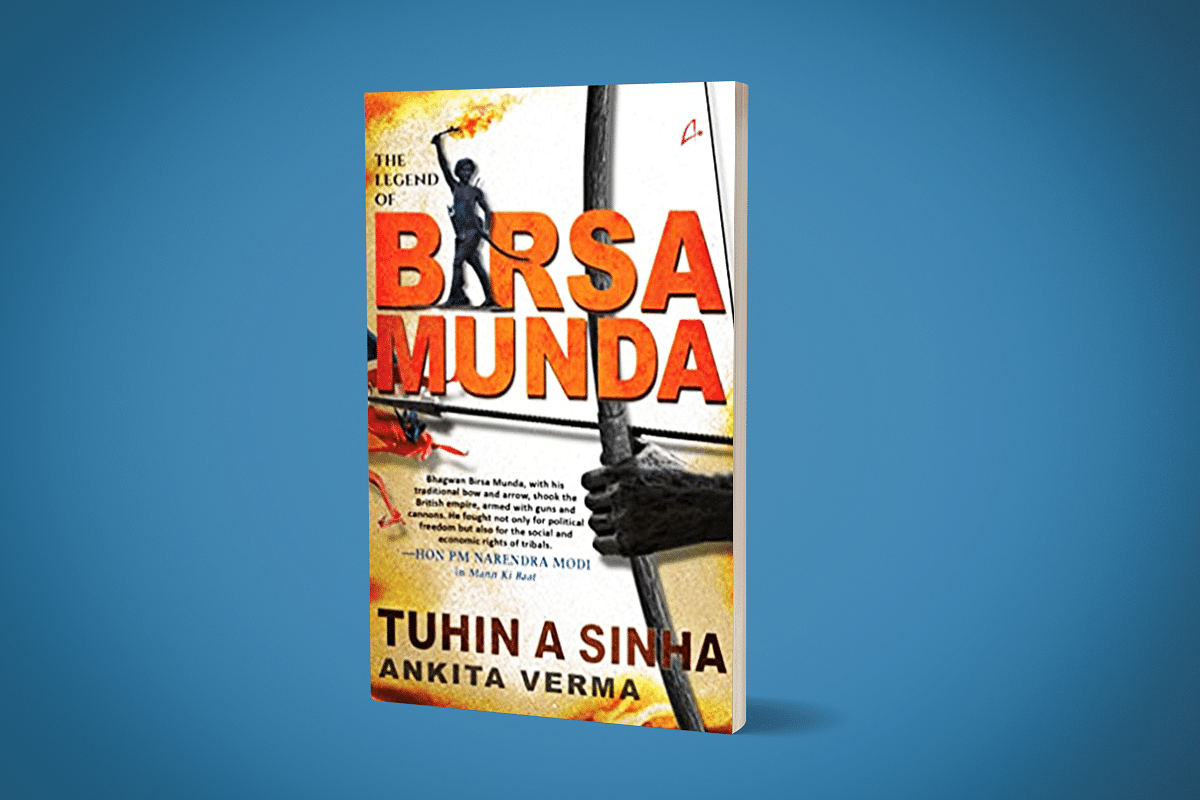 Indian freedom struggle has been documented in the popular folklore as a linear and very Delhi-centric process. Over time and with repetition of the dominant stories, several contributions to the independence movement have either been forgotten, or have been consigned to limited recollection. One such story is that of Birsa Munda, the tribal leader, who took on the British establishment in the fourth quartile of the nineteenth century in what would be present day Jharkhand.

Celebrated as Bhagwan Birsa Munda, not only for his leadership of a localised freedom struggle, but also his spiritual and healing powers, the name has only come to the forefront of the public awareness in recent years. With several recent concerted efforts to recall and honour the memory of a poor peasant labourer turned public icon, at least one of these lost stories has found its due recognition.

Taking forward the mantle of describing India’s biggest tribal icon, Tuhin Sinha and Ankita Verma have penned the recently launched book The Legend of Birsa Munda. This book reconstructs the tough life journey of Birsa Munda, which lasted just a few months shy of 25 years. The book also provides a backdrop of the British excesses and how the Indian society was very deliberately exploited and tortured to keep the flag of the Raj flying.

The book also amply substantiates the hypothesis that the British were able to rule a large country with an iron fist with very few officers by exploiting the fault lines of Indian society. The various schisms that existed in the society were further widened by the British through their conniving methods. They did not hesitate from using religion as a tool of statecraft and deployed non-state actors who focused on social subjugation supplementing the political and territorial colonialisation.

The story of Birsa Munda is itself talked about in very humane terms, with no artificial attempts to create a halo or deification because he is the subject of the book. That honest portrayal further shines through in creating a strong personal sketch of Birsa Munda for the reader. The reader understands the compulsions and frailties of a young tribal boy and his transformation into Bhagwan Birsa Munda whose life ended with commandeering a large number of followers known as Birsaites.

The book maintains a fast pace, avoids repetition of descriptive words and phrases and imagined dialogues in conversation. It also creates very engaging side stories of people who influenced Birsa Munda. Given a wall that the authors would have hit given the lack of research on these forgotten people of a forgotten thread of freedom struggle, it would not have been easy recreating their own personality nuances and traits. But the vivid characterisation of Birsa Munda’s family members, his teachers, the local landlords and the British officers involved adds great weight to the authenticity of the story.

This is an offbeat book to the extent that while it covers a very important piece of Indian history — and not too distant history at that — it has not been written as a historical account. The book is rather a dramatisation of the events that transpired in the life of Birsa Munda. The key happenings of his life are very much narrated, but the narration is in the form of a story. There is retelling of day to day goings-on and conversations between otherwise real people, with a shell of imagination.

This is not to say that history has been ignored. It would not be correct to call this book a fictionalisation. But what would have the family or Birsa Munda talked about on a given day when a certain event transpired? These questions are shaped through the authors’ mental map of how the life would have been under the trying circumstances. The story is authentic, the screenplay is imagined and constructed.

Purists who like to read history in its ingeminate form may hence be tempted to label the book less than desirably authentic. But that would be a harsh judgement. Tuhin has himself mentioned in many of his book publicity events that he did not start off writing history, which is a discipline he would not have been able to do justice to.

To add to the practical difficulties in chronicling such a personality, the story of Birsa Munda itself is not retold in the official strands of our education and narrative building, let alone the history of the society in which he lived and led. The years that cover Birsa Munda’s life and times were also the period where the British stranglehold on India was peaking, and the native viewpoint was limited in quantity as well as extent of geographic coverage. A lot of documentation would thus rely on chequered British view point.

Rather than that become a limitation, the book has been presented as a story. Reading this book is equivalent of watching a movie made on the life of a real, historical figure. Just that one engages with the written word and not an audio-visual medium.

The birthday of Bhagwan Birsa Munda falls on 15 November. Earlier last year, Prime Minister Narendra Modi announced that the day will be celebrated henceforth as Janajatiya Gaurav Diwas. Author Tuhin Sinha has since written to the Prime Minister seeking a Bharat Ratna award for the only tribal leader whose portrait has been installed in Parliament. These are important steps in reshaping our understanding of how we achieved freedom.

Sinha and Verma have done a very sincere job, which fills a void in understanding the role of various freedom fighters in driving the British out of India. The publication of such books is a welcome and meaningful step.