The Lodha Fix For Cricket Is Well-Meaning, But Doomed To Fail 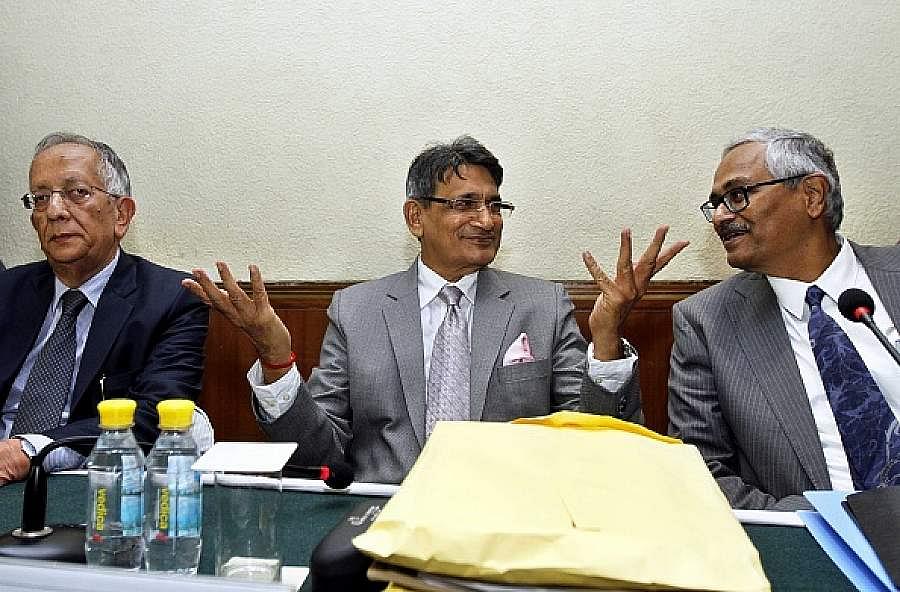 If cricket enthusiasts are not unhappy enough with the mismanagement and corruption in the BCCI to demand change, why is it the court’s job to enter the picture?

The Lodha committee’s recommendations for the revamp of the corruption-prone Board of Control for Cricket in India (BCCI) is probably an exercise in futility. Not because its suggestions are bad, but because it makes several presumptions that may or may not be valid now or even in the future; moreover, it assumes that the patient is keen to accept the medicine and exercise regimen prescribed.

The BCCI, which is a private association with major public interest embedded, remains unconvinced that Lodha had any business telling it what to do. A patient who’s reluctant to listen to a doctor imposed from above is more likely to chuck the medicine bottles aside when no one is looking rather than swallowing it.

But let’s consider the recommendations themselves before we come to why they may end up largely in the trash-can.

From the summaries available in the media today (5 January), Lodha has suggested the following: each state will have one vote in the BCCI; non-state members are disenfranchised; office-bearers in state associations will have restricted tenures (three terms of three years each, with gaps mandatory gaps between one tenure and the next) and restrictions on anyone holding more than one job simultaneously; the BCCI chief can have only two consecutive terms; there is also an age bar – if you are above 70, you have no role in cricket administration anywhere; BCCI and state cricket associations will now come under the Right to Information Act (RTI); betting is to be legalised; team selection will be done by retired cricketers; and then there are norms to prevent conflicts of interest and for the separation of governance from management.

These suggestions are little more than what company law or audit rules prescribe for companies, accountants and boards. In other words, Lodha wants to bring in corporate checks and balances into cricket administration in the hope that cricket’s bosses will stick to the straight and narrow.

However well-intentioned, Lodha will be nothing more than a Wikipedia entry five years from now for many  reasons. Some of his recommendations will be implemented in the letter, but not the spirit. Consider the assumptions made and the chances of the patient swallowing the bitter medicine in good faith.

First, the recommendations imply that the BCCI will remain a monopoly and thus needs to be appropriately regulated with divine oversight (ombudsmen, etc). But can sport ever remain a monopoly when anyone can theoretically enter the field? And if anyone can enter, what is the logic of regulating only the BCCI and not a football, tennis or kabaddi league? A law made specifically for only cricket’s monopoly is seriously flawed.

The SC is on a weak wicket here. Moreover, where the BCCI needs to be restrained is in the exercise of its monopoly; and this means ending restrictive practices that prevent competition (as it did when the Indian cricket League briefly appeared to challenge its monopoly). But this does not seem to have figured in Lodha’s calculations at all (However, this writer will swallow his words if the final report does, in fact, deal with these aspects).

Second, even assuming restraining Goliath is the best option, who will enforce it? If cricket attracts politicians by the droves, and Lodha’s basic idea is to drive them out of controlling cricket, why would politicians cooperate with their own disempowerment and access to moolah? And who can know whether politicians will actually move out; like everything else in India, they may really rule by proxy – using spouses and friends to do the jobs they themselves are barred from. For a political class that is steeped in benami dealings – for land and other lucrative areas – why would cricket be that tough to dominate from the sidelines?

Third, legalising betting is a good move, but governments will have to legislate this, for courts cannot grant anyone permission to set up a betting ring. The same applies to RTI. It would need the government to change the law in this regard, but will politicians do unto cricket what they are unwilling to do unto themselves? Politicians have been unwilling to bring parties under RTI, so why would they do so with a private cricket body?

It is legally untenable. And how can the Supreme Court, which is hardly known for its transparent ways and which recently rejected the idea of an executive role in judicial appointments, suddenly prescribe that cricket must be more transparent than the judiciary itself? It smacks of double-standards. The logic of RTI for cricket leads us to RTI for all public corporations – surely a no-no.

Fourth, Lodha’s remedy freezes cricket in the same centre-and-states mould, when cricket has really started becoming more commercial and city-club oriented, and anyone can buy or sell a team or club under IPL. So, even assuming BCCI remains a monopoly in the foreseeable future, what is the logic of making the states the focus of cricket control and organisation? If I want to start a team with my own resources, or, for that matter, the Indian Railways or the Birlas want to own a team and participate in cricket at the local and international level, why should they be barred from voting at the BCCI? All effective stakeholders should have a vote. To have non-voting stakeholders is to invite corruption and undemocratic.

Last, and most important, why is the Supreme Court trying to decide what is best for Indian cricket? If BCCI is a private body, the court’s intervention should be limited to checking what laws it has broken, and who needs to go to jail for fraud. It is not the court’s job to fix cricket. And trying to fix something that no one asked you to fix beyond identifying wrongdoing is pointless.

Sure, no one can hold a brief for the BCCI and its opaque ways. But if cricket’s main stakeholders – cricket enthusiasts – are not unhappy enough with the mismanagement and corruption in the BCCI to demand change, why is it the court’s job to enter the picture? Law-making is not its job. It is as futile as trying to prevent crooked politicians from being elected. The voter is the one who should do the job, not courts. Ditto for cricket.