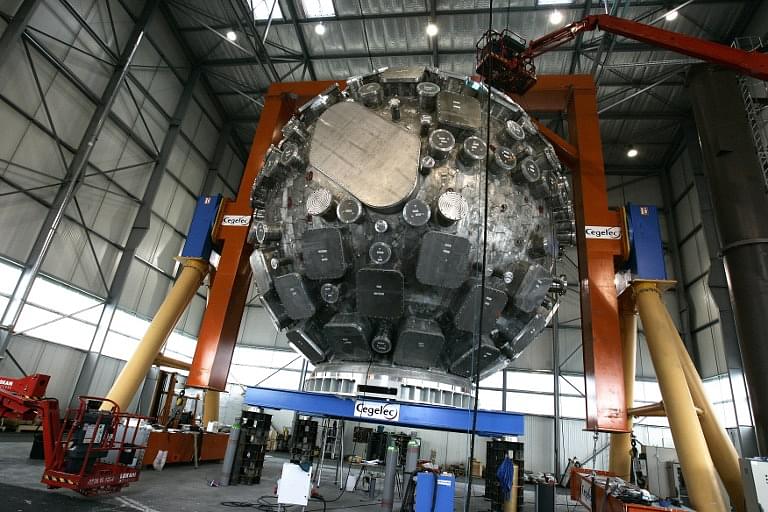 How can conceptions that came up several thousand years ago in India be of relevance to modern physics?

It is increasingly accepted that Indian ideas have played a crucial role in the development of modern science. We are not just talking about the symbol zero, algebra and astronomy, but also inoculation in medicine, the periodic table of chemical elements, and the field of linguistics, to mention just a few.

But surely Indian ideas cannot be of any value now. The progressives, like the colonialist followers of Macaulay in the 19th century, believe that there is nothing in the Indian tradition that is worth anything. No wonder, our school curriculum contains precious little about Indian wisdom. A few years ago on a visit to BHU, I asked some postgraduate students if they had heard of the Upanishads and they said no.

Anyway, how is it even possible for conceptions that came up several thousand years ago to be of relevance now? The idea that Indian knowledge might be of use to the modern physicist appears ludicrous and delusional.

However there are some in India and beyond its borders who think that Indian ideas have the potential to provide key insights for progress of contemporary science.

Details of Schrodinger’s story may be found in my new book The Wishing Tree and so I shall not repeat that material. In the words of Walter Moore:

“Schrödinger and Heisenberg and their followers created a universe based on superimposed inseparable waves of probability amplitudes. This new view would be entirely consistent with the Vedantic concept of All in One.”

But are the parallels or analogies between Vedanta and quantum theory merely coincidental and nothing new is to be gained from Indian knowledge?

To answer this we must remember that physics as it evolved in the last few centuries is exclusively about things in terms of objects and their relationships. For example, the conception of the classical universe is as clockwork. More recently, observers have been brought in an ad hoc manner in relativity and quantum theory, but physics cannot, by itself, explain them.

Now, in spite of all its great successes, physics is facing a crisis since it appears to deal with only 5% of the observable universe, and it must invoke an unobserved 95% of what is called dark matter and dark energy to explain cosmological structures. But even after postulating this, there remain serious discrepancies. For example, physicists are freaking out due to a gamma ray excess at the centre of the Milky Way, and then there are neutrinos that seem to be changing their form.

The phenomenon of entanglement in quantum physics, which has been observed in many experiments, implies that objects that are far removed in space (even across billions of miles) remain connected even though there is no mediating agency. This action at a distance without any explanation of the process underlying it represents a big hole in our understanding of physical reality.

Then there is the problem of free will and intentionality which cannot be explained either by physics or biology. Meanwhile, the view that the biological organism is just a machine governed by the genes has had to be revised drastically due to the discovery of the epigenome. It brings the mind into the picture since experiments have shown that behaviors, such as fear, aversion, or stress, can be passed down the generations. We don’t know if the epigenome can pass down other aspects of the personality.

The rise of scientific knowledge is a progression. We appear to be going from what I call a B model of reality (for body in physics, or brain in organisms) to a Bc model (with incidental consciousness or mind). The B model assumes brain/mind identity, and it was the orthodox position in neuroscience for a long time, just as it is the orthodox position in physics. The Indian view of reality is a BcC model (where the last C is consciousness as an independent entity).

The writings of Schrödinger are an excellent articulation of Indian ideas by a scientist. Posing the problem of the split between objects and subjects in Mind and Matter, Schrödinger says the solution could only be based on Vedic ideas:

The reason why our sentient, percipient and thinking ego is met nowhere within our scientific world picture can easily be indicated in seven words: because it is itself that world picture. It is identical with the whole and therefore cannot be contained in it as a part of it. But, of course, here we knock against the arithmetical paradox; there appears to be a great multitude of these conscious egos, the world is however only one… There is obviously only one alternative, namely the unification of minds or consciousnesses. Their multiplicity is only apparent, in truth there is only one mind. This is the doctrine of the Upanishads.

The skeptic would just call it one person’s opinion that should not sway our minds, given that it was written a few decades ago. So is there something else going on now that compels a new outside-of-the-box look at entrenched views?

The fact that Indian epistemology accepts consciousness as an independent provides a resolution to the seemingly insoluble problem of interaction between the causally closed worlds of matter with the world of consciousness.

In physics, which deals only with objects, sentient beings are zombies. In it, it is not conscious will that causes actions at that time. Rather, conscious will influences beliefs at a later time which influence subsequent actions. Standard physics does not, and cannot, explain the self who holds these beliefs. Since this self cannot be an object or a process, we confront an enigma.

This brings us to the Veda of physics. By this I mean a framework that explains not only the outer reality but also the observer. In the past, the Vaiśeṣika school of Kaṇāda sought to do this in terms of atoms and categories of which the observer is a part. What we need now is a similar formulation that adds to the current understanding of the physical world.

Some might say that the biggest challenge facing physics is the explanation of dark matter and dark energy; I say it’s at the foundations, to explain the observer and the self.

References of next page