Trouble in The Tribe: The Growing Discord Between American And Israeli Jewry 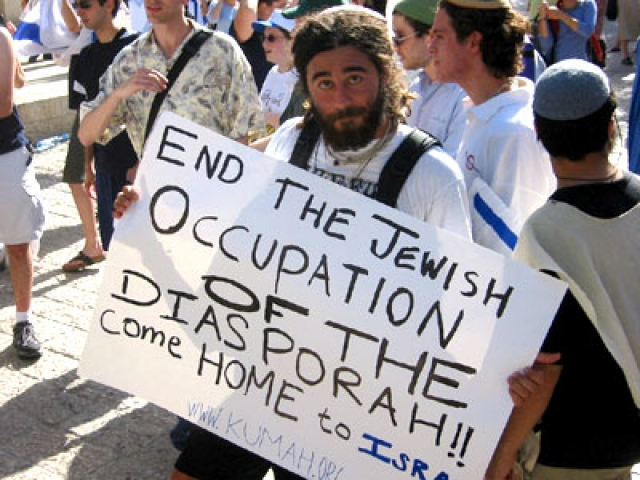 What drives criticism of Israel? Its supporters would probably argue that it is latent anti-Semitism. While there is certainly an element of that, it cannot explain all censure of the Jewish state. The question gets more complicated when some of those voices raised against Israel are Jewish. In his new book, Trouble in the Tribe: The American Jewish Conflict over Israel, Dov Waxman tries to explain this schism in the Jewish diaspora over Israel. Since the overwhelming majority of Jews outside of Israel – 40 per cent of world Jewry and 70 per cent of the diaspora – reside in the United States (US), Waxman focuses on the reaction of American Jewry to Israeli policies.

Among the diaspora, the importance of American Jews to Israel cannot be understated. Jewish organisations in the US give over a billion dollars to Israel in various forms annually, and several members of the Jewish community have the ear of important congressmen and senators. It was a proto- “Jewish lobby” that influenced Woodrow Wilson to support Britain's Balfour Declaration in 1917 and it was again the American Jewish community that influenced Harry Truman to support the creation of Israel in the United Nations in 1948. As David Ben Gurion, Israel's first prime minister, had observed, “Israel's only absolutely reliable ally is world Jewry.” Naturally, as the largest, richest and most powerful diaspora Jewish community in the world, American Jewry carries much weight in Jerusalem.

Contrary to popular perception outside the fold, the American Jewish community is not united and unstintingly behind Israel. In fact, from a historical perspective, as Waxman argues, the pro-Israel consensus that did once exist is an aberration rather than the norm. It was only during a short span of about a decade-and-a-half from the Six-Day War in 1967 to the Israeli invasion of Lebanon in 1982 that Jewish Americans supported Israel wholeheartedly and unquestioningly. Even then, Waxman argues, polls showed that this support was usually based either on ignorance or a rosy, idealised view of the Middle Eastern democracy rather than reality. Greater awareness among American Jews since the 1980s has actually increased criticism of Israel.

Trouble in the Tribe briefly delves into the history of American Zionism and the response of the American Jewish community to Zionism in Europe. In doing so, Waxman reveals the subtle differences between the two and how it informed American Jewish attitudes towards Israel. Waxman suggests that initial sympathy and beneficence among American Jews towards Israel was largely to assuage their guilt for their inability to help their European brethren during the Holocaust. American Jewish support for Israel has always been more emotional than ideological.

Waxman presents a fine dissection of American Jewish beliefs between liberal and conservative, secular and religious, non-Orthodox and Orthodox. Despite these cleavages, interestingly, American Jews of all political shades believe that they are acting out of genuine concern for Israel and in the state's best interests, even if those happen to be against the Knesset's policies at times! The divisions are also reflected in the issues each side prioritises, even if there is an inevitable overlap: while the left is more concerned about Israel's human rights record and civil liberties, the right is more concerned about security and identity.

Public Jewish criticism of Israel – especially regarding foreign and security policy – is seen by the right as, at best, misguided and naive if not downright disloyal. Such venting, they believe, only lends voices to the anti-Israel choir with no reciprocity from the other side. As a result, Jewish critics of Israel have often found themselves blacklisted at Jewish venues and events, whose donors and/or board members are, at least, less vocal in their displeasure with Israeli policies. This is true for individuals as well as organisations.

The basic tenor of the argument against public criticism of Israel by the diaspora is that because they do not live in Israel, serve in the Israeli military, or are in constant danger of terrorist attacks, the diaspora has no business preaching to Israeli Jews about their security. Critics retort that since Israel claims to speak for all Jews worldwide, the diaspora have as much right to criticise its government's policies as citizens do. Furthermore, Israeli policies may very well have an adverse impact on Jews around the world and the disapora is therefore entitled to have their opinions heard.

This raises an interesting question that goes back to the very founding and ideology of the Jewish state: does Israel truly wish to be a Jewish state, speaking for Jews worldwide, or is it willing to circumscribe its ambit to citizens along with a permanent right to safe haven for international Jewry?

The common perception that the divide in international Jewry may be a function of geography, Waxman argues that it has, in fact, more to do with politics. “Secular, left-wing Israeli Jews are likely to have much more in common, at least politically, with secular, liberal American Jews than with other Israeli Jews.” It is not American and Israeli Jews who inhabit different universes and realities, then, but secular and Orthodox.

Waxman observes that there is a double standard in the acceptance or vilification of public Jewish criticism of Israel. Although left-wing groups are frequently attacked for their disloyalty, right-wing criticism of any willingness by the Israeli government to compromise with Palestinians is seen as kosher. In essence, the taboo on public criticism of Israel only applies one way – against more liberal policies towards its Muslim neighbours and not against urging more hardline policies.

Although the contours of Waxman's arguments are broadly visible to anyone who has even peripherally followed US-Israel relations, the strength of Trouble in the Tribe is the detailed narration of the evolution of these positions that gives coherence to cursorily noticed trends. What is even more interesting is where Waxman sees these fissures in the American Jewish community heading. As he sees it, a change in generations has given the community's politics a leftward tilt.

Younger American Jews think differently from their parents on a host of political and social issues, are more likely than their parents or grandparents to have Palestinian or Arab friends, acquaintances, and colleagues, are further removed from the trauma of the Holocaust and the uncertainty of Israeli existence, and are more likely to be the offspring of intermarried couples. This is balanced by a rightward pushback in the simple fact that Orthodox Jews have a higher birthrate than liberal Jews; with the Orthodox population growing and the non-Orthodox population struggling to attain even replaceability, demographics, which Waxman insists is not destiny, seems to be on the side of the right. Despite the increasing assertiveness – and shrillness? – of secular, liberal American Jews, the mainstream narrative may still be held firmly by the Orthodox and conservative members of the tribe.

The fate that has befallen America's Jews is not dissimilar to a culture war – differences in political perspectives, moral attitudes, and even psychology between secular liberals and religious conservatives are at the heart of the debates.

Waxman's even-handedness on a topic that is extremely volatile to say the least is commendable. The author's historical perspective is also a great method that puts contemporary disputes in context and adds depth to the positions held. Trouble in the Tribe desists from making value judgements and gives fair weightage to both perspectives. One drawback some readers may feel is the repetitiveness in Waxman's narrative style. The same point is often made over and over again with slightly different data points that do not add to the richness of the argument.

What makes these debates noteworthy to an Indian audience is the lessons it has for India's relations with its diaspora – other than of course, the value of the American Jewish community in India's relations with Israel. In the US, the Indian community is becoming increasingly prosperous and vocal while the generous remittances from the Persian Gulf are indispensable. How will geography and “peer pressure” on these diaspora affect India? Which India will they support, the subject of their idealisation or the other, real India? What are the potential points of fissure in the diaspora, internally as well as with India? As India steps up to the world stage, these questions will gain additional significance.