Yogi Adityanath: The Monk, The Leader And The Administrator 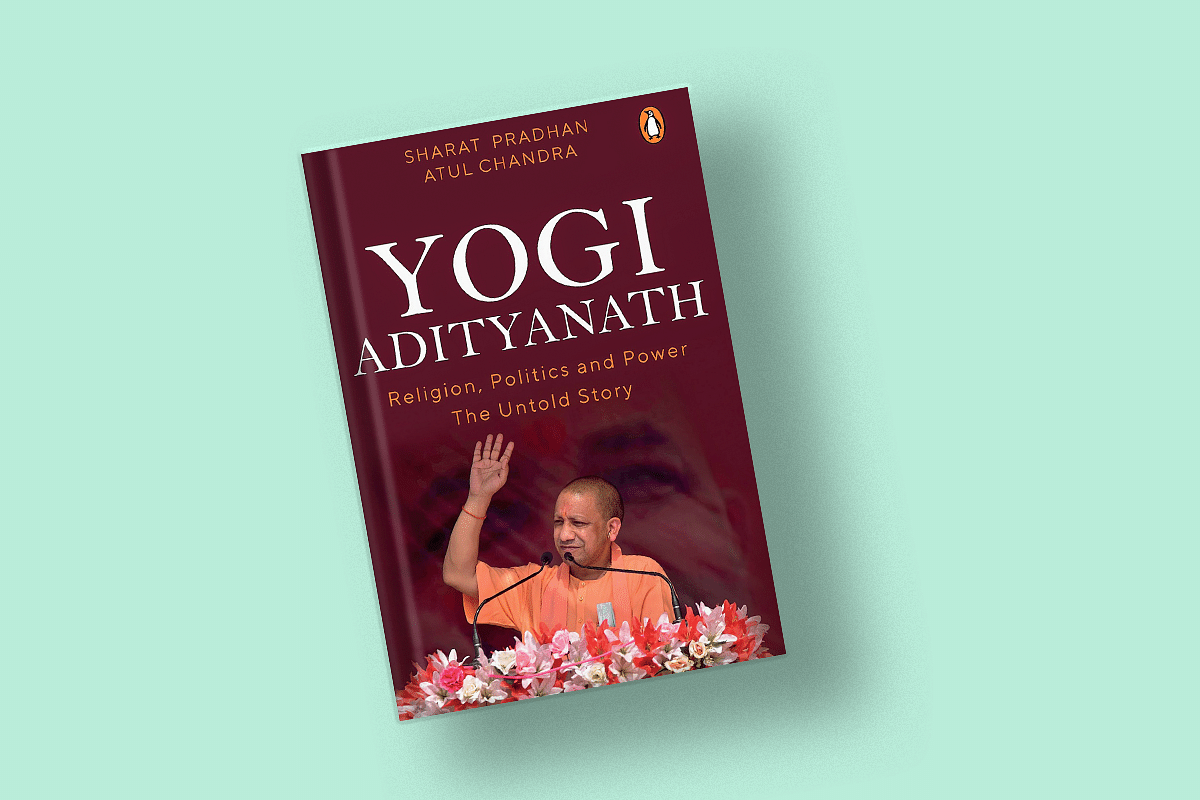 Cover of the book ‘Yogi Adityanath: Religion, Politics and Power, The Untold Story’

Gorakhnath temple epitomizes the identity of the city. It is said that this temple is erected at the spot where Gorakhnath did meditation in Treta Yug. Standing on 52 acres of land, this famous temple is located in the heart of the city on the Gorakhpur–Sonauli state highway.

In the pond adjoining the temple is a statue of Bhima (one of the five Pandava brothers in the Mahabharata) in the lying position. Suggesting that Gorakhnath was omnipresent in different ages, legend has it that Bhima had come all the way to this place to request Gorakhnath to perform a particular yajna (ritual sacrifice) for the Pandavas. Since Gorakhnath was praying at that time and could not be disturbed, Bhima lay down on the ground. The ground sank under his weight, leading to the creation of a pond at the spot. Bhima’s statue is a reminder of that legend.

In the subsequent years, many Nath temples came up in different parts of India as well as neighbouring countries, including Pakistan, Afghanistan and Nepal, where the Nath sect continues to have significant presence. Nath temples are well preserved in Uttarakhand, Rajasthan, Punjab, Maharashtra, Gujarat, Andhra Pradesh, West Bengal and Odisha.

The parity given by the temple to members of each and every community can be seen at any point of time. The ‘no discrimination’ approach of the temple is visible in the janata darbar (audience to common public), that is held religiously every day in the main quarters of the sprawling temple compound.

The practice was started by Mahant Avaidyanath. And even after Adityanath moved to Lucknow in his new role as Uttar Pradesh chief minister, a dedicated team led by his key representative Dwarka Prasad Tiwari runs the show with the same zeal and commitment. The sight of hundreds of people (referred to as ‘fariyadees’ or petitioners) is not uncommon on any given day. Mostly illiterate people—victims of poverty and deprivation—converge at the temple with their woes, without even a written text. But that is where the saffron-clad monk-turned-politician deserves appreciation for taking care of this class of people who, naturally, hold him in awe.

In the hall, where the erstwhile MP Adityanath used to hold his daily janata darbar, there are at least seven desks with clerks, whose job is to pen down applications on behalf of the poor and the underprivileged, who are not even equipped to spell out their grievance in black and white. Once that is done and the signature or thumb impression of applicants is taken down, they move to the adjoining room where Dwarka Prasad Tiwari sits with his old-fashioned typewriter and his assistant with a laptop.

Depending on the nature of the request, Tiwari takes a call on whether to make a phone call or to shoot off a letter to the official concerned to whom the grievance is addressed. His recommendations are then typed on a letterhead saying: Camp office, Yogi Adityanath, Mukhya Mantri, Uttar Pradesh. Surely, that means a lot for any government functionary operating from anywhere in the hinterland of this sprawling state. Apparently, the system works, as was borne out by several fariyadees perched there. Some of them had come from Deoria and Padrauna in the easternmost corner of the state, while there were some from as far as Mirzapur (in the southeastern corner of the state).

Their grievances seemed to be mostly arising on account of land disputes, harassment by police, and inaction or biased and ill-motivated action by lower revenue officials. Interestingly, some of the applicants were seen carrying complaints against their spouses (mostly husbands). The temple administration spends the larger part of the day attending to the public grievances. And their burden has increased ever since their boss got elevated as chief minister. ‘Earlier the complainants were mostly from Gorakhpur and a few adjoining districts, but now people come here even from far off places, perhaps because they consider it easier to get their grievances addressed from Gorakhpur than from Lucknow,’ pointed out Dwarka, who has been associated with the temple for several decades, to the authors when they met him at the Gorakhnath temple.

Until March 2017, before Yogi Adityanath rode on to high office in Lucknow, attending the janata darbar was a part of his daily routine which, according to Tiwari, would start around 3.30 a.m.

Once through with his personal morning chores, including a long yoga session and puja, Yogi Adityanath would sit down in the hall, listening to grievances of common people. According to insiders, it was like a private court where he would pass judgments on disputes brought to him. And more often than not, the disputing parties would abide by his verdict.

Ironically, it can be compared to a similar private court held by the erstwhile feudal-lord-turned-politician Raghuraj Pratap Singh (better known as Raja Bhaiya), who remained minister under different regimes led by diverse leaders like Kalyan Singh of the BJP and Mulayam Singh Yadav of SP. Evidently, the feudal element is what eventually led people to accept the verdict of the Yogi, who is held in the same awe as any lord of a princely state. Just as it was said about Raja Bhaiya that a verdict passed by him in a dispute carried more weight than a judgement issued by a court of law, so was it said about Yogi Adityanath.

As chief minister, Adityanath resumed the janata darbar in Lucknow where he drew huge crowds at least four days a week. But the practice did not last long. Towards the end of 2019, he even went to the extent of—on the days that he was unable to attend to the people—allegedly assigning the task to one of his cabinet colleagues. In addition to that, a separate people grievances cell functions on a daily basis at the BJP state headquarters. The chief minister has fixed a roster for every minister to attend to this second janata darbar.

It was after a prolonged gap, in July 2021, that Yogi Adityanath resumed his janata darbar at the chief minister’s official residence in Lucknow. This time it was organized with much fanfare and wide publicity, aimed at spreading the word that the chief minister’s janata darbar had remained suspended for some time only because of the Corona pandemic.

Just as his ministers were ready to give themselves full marks for running this grievance redressal system at the party office, so were the functionaries at the Gorakhnath temple convinced about the effectiveness of their janata darbar. It was felt that the temple grievance redressal system was far more prompt and ran more efficiently than the one at the chief minister’s official residence in Lucknow, on account of ‘lesser bureaucracy’ in Gorakhpur.

Significantly, even now whenever Adityanath is in Gorakhpur—and that is not infrequent—he still makes it a point to throw open his doors to public audience. Once word spreads that he is around, the janata darbar draws bigger crowds, even if he is not able to devote as much time under the changed circumstances. The local people are also aware that Yogi Adityanath is no longer in a position to lead his band of HYV activists into a government office to get their work done. Known for his aggression, it was quite common for him in his earlier days to storm into a government office and reprimand lethargic and corrupt officials for sitting over grievances of common people.

On the other hand, given his new role as chief minister, the expectations of common people have risen higher. ‘Some people have started expecting too much and sometimes they seek the moon, but then they have to be told that they will get only what is within the limits of official framework,’ said one of the functionaries at the temple office. But those coming in the hope of getting their grievances redressed are now even more confident that their petitions will not go unheeded.

Click here to buy a copy of the book.