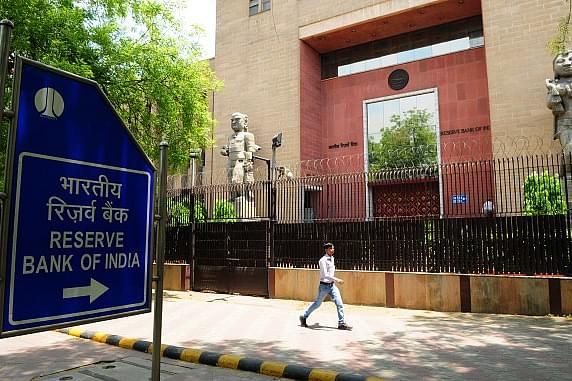 The recent nod by the Insurance Regulatory and Development Authority of India (IRDA) for LIC’s purchase of IDBI Bank shares from the government should prompt a rethink on mindless limits on corporate and other holdings in banks.

IRDA, while approving the purchase of IDBI Bank shares, also indicated that Life Insurance Corporation (LIC) will have to gradually bring down its stake to 15 per cent, which is the kind of limit the Reserve Bank of India (RBI) likes for private ownership of banks. Under current guidelines for bank ownership, individuals and non-financial corporations can own only upto 10 per cent in a bank, while unlisted, non-regulated, non-diversified financial institutions can own upto 15 per cent; listed, widely diversified financial institutions and public sector undertakings and government can own upto 40 per cent (or more) in banks. Plus, exceptions may be allowed on a case-by-case basis.

One wonders why the RBI should be so distrustful of higher shareholdings in banks by various entities; perhaps the experience before nationalisation, when promoters were found to be lending money to their own entities through multiple routes, soured its views. But in the current scenario, where public sector banks need lots of capital to survive, and when governance norms can easily be made tighter, these shareholding limits are absurd.

First, it is a fallacy to presume that ethical behaviour is worse in private sector banks than in public sector ones. The mere fact that the bulk of the bad loans are in the public sector’s portfolio shows that ethical lapses can hit anyone, both an ICICI Bank and a Punjab National Bank. The limits on promoter holdings would be fair only if they apply to both government banks and private ones, but even then there is no logic to keeping the levels so low. Given that expanding banks always need some capital, the process of bringing down promoter equity stakes should follow the natural dilution route rather than the regulatory route.

Second, the remedy for bad governance is stronger boards with highly independent directors. They should be accountable more to shareholders, especially minority shareholders, and less to promoters. The appointment of forensic auditors every three years in every bank will ensure that bank managements will largely stick to the straight and narrow. Promoter nominees on boards can also be limited to three, including the non-executive chairman.

Third, by putting illogical shareholding caps – the damage you can do with 15 per cent shareholding is not any less than the damage you can do with 40 per cent – the regulator is actually making it difficult to bring in new capital from new sources. The Economic Times has carried an interview with Prem Watsa, chairman of Fairfax Financial Holdings (which owns a majority stake in Bengaluru airport and Catholic Syrian Bank), where he talks of the possibility of investing in a public sector bank. But he clearly ruled out putting in money without control. He is quoted as saying, “No, I would not be interested in that kind of investment. I would rather prefer a bank with good corporate governance and good policies.” Significantly, he indicated that if the policies are right, investors would come. “They have to formulate appropriate policies. If they do that, the capital will come to all the public sector banks.”

Of course, before majority ownership can be given to anyone outside government, various bank-related legislation will have to change, especially the two bank nationalisation acts, to allow for privatisation. But the larger point is simple: there is no case for keeping private ownership of banks at such low levels. Control and performance improvements need something higher.

What we need is better regulation and board governance standards. Share ownership levels are less material.