Airtel-Tata 5G Tie-Up Is A Positive For Atmanirbharta; We Need More Such Collaborations 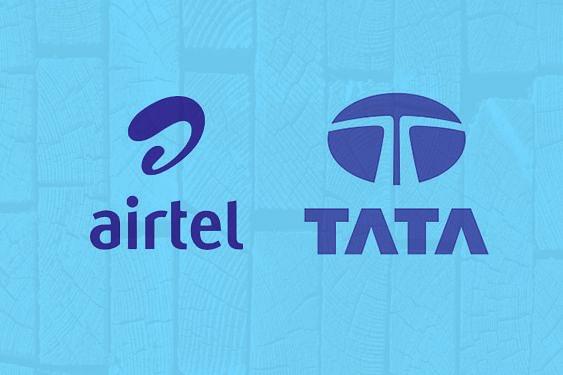 Airtel and Tata in new tie-up.

The announcement made by Bharti Airtel, India’s second largest telecom network, and the Tata Group, of a strategic partnership for implementing indigenously developed 5G network solutions from January 2022 could be a huge gain for atmanirbharta.

The statement noted that the Tata Group had developed a state-of-the-art O-RAN-based telecom stack and the Airtel partnership will be backed by Tata Consultancy Services’ global systems integration expertise. This technology solution will be ready to deploy commercially from early next year.

O-RAN, which is an acronym for open radio access networks, is an open architecture-based alliance that allows for interoperability with many locally-developed systems. O-RAN was started in 2018 as an alliance of many global telecom networks, including AT&T, Deutsche Telekom, China Mobile, NTT Docomo and Orange. It has since been expanded to include many other global network operators.

The reason why we must applaud this Airtel-Tata alliance for 5G is simple: as long as Indian hi-tech or R&D-based companies are dependent on foreign companies for their technology and sustenance, there is no question of keeping an intellectual property (IP) Indian, even though an Indian IPR can have minority foreign stakeholders in an open world.

In the telecom sphere, Reliance Jio has investments from Intel, Qualcomm, Facebook and Google, among others, but control of the future of Jio remains with the Ambanis. Jio also has developed its own 5G technology, though it is yet to be fully tested.

Bharti Airtel, on the other hand, has depended a lot on foreign stock ownership and foreign technology partners for maintaining its telecom networks and related software. Now, hopefully, this will change. The Bharti-Tata alliance is vital for having robust competition in the telecom space.

Indian companies need to change mindsets where they should consider formal partnerships with Indian entrepreneurs when they cannot afford the costs of technology or its development fully on their own. This is true not only in telecom, but also platform software, IT systems, pharmaceutical IPs, new drug research, new automobile platforms, defence equipment manufacture, etc.

When these are developed using foreign-owned IPs that reside outside India, we will constantly be paying royalties and also not own the things we have developed ourselves.

Consider, on the other hand, how the Japanese handle partnerships when they cannot do so on their own. When Toyota realised that it cannot succeed in India entirely on its own, it chose Suzuki for a partnership — another Japanese company.

In contrast, all Indian automobile companies chose Japanese partners when the industry was opened up in the late 1980s and early 1990s. All these India-Japan partnerships ultimately parted company, with the Japanese and Indian companies going their separate ways. This is because they placed short-term profitability above long-term ownership of IPs as a priority.

It is only now, when Suzuki exited TVS, Honda exited Hero Honda, and Kawasaki exited Bajaj that we are seeing genuine Indian IP products being developed. Many of them now own shares in foreign technology companies, and these include Tata Motor (in JLR), and Bajaj Auto in KTM. Eicher bought over Royal Enfield and made this iconic British brand India-owned. It is now either developing its own technology, or buying it in the global market.

But here’s the point: if we want to take the lead in automobile development and not merely play catch-up to retain an Indian market share, we have to learn to cooperate among ourselves. This is true not only in automobiles, but also drug research, where we have not developed a single new chemical entity (NCE) that can produce billions of dollars in royalties.

Instead, we have focused on reverse engineering drugs that are about to go off-patent, or producing biosimilars, etc. Nothing wrong with that, but this idea is not scalable beyond a point. To produce our first major molecule that will deliver us billions of dollars in revenues needs government support and collaboration between large Indian pharma companies.

This is true even for India’s world-beating software services companies, which have excelled in providing manpower services and support functions, but have not developed large platforms and products which deliver huge revenues after initial development costs. If we have to master artificial intelligence technologies, we must learn to cooperate, no doubt with some government support.

The key to atmanirbharta lies not only in production-linked incentives, which are needed, but in investing in local IP ownership based on investment by Indian companies. When any Indian company can’t do it alone, it should learn to create a new structure where other Indian companies can participate, so that the overall IP remains Indian.

Hopefully, the Tatas and Airtel will have started a new trend where Indians learn to cooperate with other Indians for the overall benefit of India.