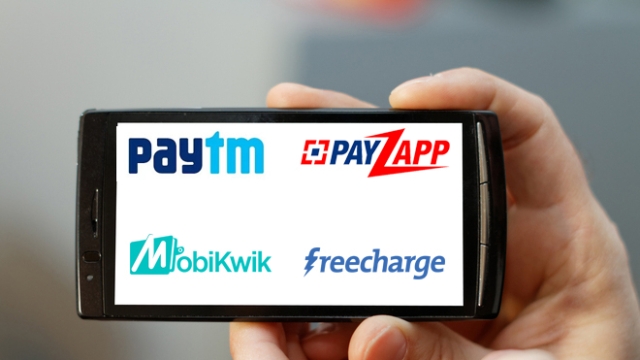 Payments banks are looking a lot more viable than ever before.

The payments banking space shows signs of developing its own rationale. In recent weeks, two e-wallet companies were in the news, one for outright sale to a bank, and another for seeking investments from a non-bank finance company.

Two weeks ago, Freecharge, bought by e-commerce company Snapdeal for $400 million just two years ago, was sold to Axis Bank for a distress price of Rs 385 crore ($60 million) in cash. The sale was probably precipitated by Snapdeal’s decision to remain a standalone company and not merge with Flipkart, thus making the cash generation vital.

The point to note is not that Snapdeal lost money in the sale, but that a bank which has its own e-wallet is keen on expanding its business in this space by paying good money for it. The logic of the acquisition is that the bank gets 50 million young, digital economy natives, customers who will be growth drivers of the future.

The reality is that banks, despite the fact that they can do anything e-wallets can do, have not been very successful with similar products. This itself suggests that e-wallets are an important part of a customer’s payments armoury, and not all users think banks have the answers to all their financial preferences.

For low, everyday payments, customers seem to prefer the easy use of e-wallets rather than mobile banking, where the payment options are more cumbersome. Mobile banking is less risky, but e-wallets seems to offer greater convenience for slightly higher risk. It is a tradeoff that some customers are comfortable with, especially when the payments made are not big ticket items.

The other major move was made by Bajaj Finance, which bought into e-wallet company MobiKwik by paying Rs 225 crore for a 11 per cent stake in future. This stake will come when its cumulative convertible preference shares are converted to shares. MobiKwik has around 55 million e-wallet customers, and this is the attraction of the deal for Bajaj Finance. At some point, Bajaj Finance may itself want to become more of a bank, and this stake may prove critical then.

Here’s the nub: it is possible for any company to get a payments banking licence with Rs 100 crore of capital. So why are Axis and Bajaj Finance prepared to pay much more for acquiring stakes in e-wallet companies? Clearly they see some business potential in e-wallet consumers.

This suggests that both e-wallets and payment banks will evolve and develop a business model, which currently comes from thin spreads between deposit rates and investments in government paper below one year, and fee-based incomes by cross-selling insurance and mutual fund products.

Others are looking at building alliances to keep costs down, as is the case with Fino Payments Bank. It has an infrastructure sharing alliance with ICICI Bank. The latter’s ATM network will be used by Fino customers, while Fino’s own branch network will be offered to house ICICI Bank’s ATMs.

Fino is the fourth payments bank after Airtel, Paytm and India Post Bank.

The emerging trend seems to be collaboration between universal banks and payments banks, with the former eyeing the latter’s customers, and the latter using the former’s infrastructure and back-end systems. Jio Payments Bank, which also has the go-ahead to launch services, has a tie-up with the State Bank of India. SBI owns 30 per cent of Jio Payments Bank, while Reliance owns the balance 70 per cent.

Clearly, while the payments banking business model is still evolving, the fact that banks themselves are keen to do deals with them suggests that they fear competition from them. With digital payments taking off in a big way after demonetisation, it is not going to be easy to retain customers, especially if cheques, ATMs, credit and debit cards – the current staples in mainstream banking – look set for the dung-heap.

Banks are hedging their own bets by tying up with other forms of payment systems and financial service providers.

The truth is when it comes to customers, e-wallets and new payments bank entrants have as big a customer base to tap into as banks, if not more. Airtel Payments Bank, for example, has 325 million mobile customers to tap into (which is the user base of Airtel and Telenor, which Airtel is acquiring). Paytm had a wallet base of more than 200 million before it converted itself into a bank. India Post reaches more branches (nearly 1.5 lakh) than most banks. Reliance Jio had 117 million customers last May, who can be migrated to the payments bank through its e-wallet Jio Money.

It is easy to say payments banks still don’t have a clear business model; it is equally difficult to say regular banks will carry the day in future.