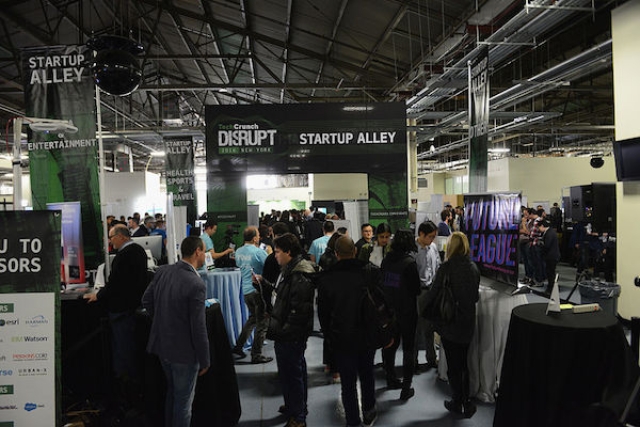 It’s not uncommon, during dinner conversations, for people to discuss issues of larger consequence. And seeing how startups are currently ubiquitous, the conversation often veers around what startups are doing to rid world hunger, poverty and things to that effect. People generally agree that there is a bias to serve the top 10 percent’s problems. But, from this point onwards, the conversation can progress in a couple of ways. One, people rue the lack of motivation to solve these kinds of hard problems; two, people lament that ideas that can change the world don’t attract venture capital in their early stages. While both are tepid truisms, the latter seems to be especially naïve.

People or institutions invest to maximise returns. Period. Any social good is purely incidental. In this endeavor, people have invested in tulips, postage stamps, bio-discs, and “Nigerian Princes”, among much else. Why then, should we posit an altruistic motive to investing in startups? Venture Capital, which is one of the most common types of startup funding, peaked at $63.3 billion in the US last year.

In the past, it has funded ideas such as a novel way to broadcast your purchases, “automagically” synced with your credit card. So, anytime you paid for anything less-than-decent, your friends would know about it. Another idea is an alarm clock app that matches you with a stranger, every morning, who can wake you up with the choicest of words and phrases. How do you reconcile funding these ideas with those that have changed our lives? The underlying sentiment in either case is the same; that people thought it would make them a boatload of money to invest in these ideas, of course, with varying degrees of consequence.

In the late 1930s, with America still reeling from the Great Depression, private-equity investment came into prominence when wealthy families, such as the Wallenbergs, Vanderbilts, Whitneys, Rockefellers and Warburgs served to finance companies - most notably, Eastern Air Lines and Douglas Aviation. Both were dubiously awarded contracts to fly air mail. Later, George Doriot, considered to be the “Father of Venture Capitalism”, founded the American Research and Development Corporation (ARDC) in 1946 - the first institutional, private-equity investment firm.

ARDC’s pièce de résistance was when its 1957 investment of $70,000 dollars in the Digital Equipment Corporation (DEC) would be valued at over $355 million dollars. This was after the company’s initial public offering, in 1968, represented a return of 1,200 times its investment and an annualised rate of return of 101 percent. Former employees of ARDC have gone on to establish other eminent venture capital firms, such as Greylock Partners, which recently made around 800 times its $10 million dollar investment in LinkedIn, through the former’s initial public offering and subsequent acquisition by Microsoft.

Venture funding exists, primarily, as an alternative mode of access to capital. Typically, a venture capital firm is structured as a partnership comprising of general partners, who are engaged in the management of the firm, and limited partners which are investors of the Venture Capital (VC) fund and includes hedge funds, companies, high net-worth individuals, endowments, bonds and others. The shot in the arm for the VC industry was when, in 1978, the US Labor Department relaxed restrictions for corporate pension funds to invest in the asset class. Around 20 to 25 percent of all venture capital is sourced from pension funds, such as the California Public Employees’ Retirement System (CalPERS), which allocated around $1.8 billion dollars in 2013.

Most venture capital funds have a fixed life of around eight to ten years and are usually expected to beat the Standard and Poor’s index fund. In lieu of the same, VCs are compensated through a “two and twenty” arrangement, which is two percent of the funds under management and 20 percent of the profits generated from deploying the fund in startups.

In India, given the currency and value arbitrage, there are a slew of micro venture capital funds with corpuses of around $15 million to $25 million dollars, investing in deal sizes of around $100,000 to $250,000 dollars, serving as a feeder to larger traditional VC funds like Sequoia Capital, SAIF Partners and Helion Advisors. Although the venture capital scene is relatively new in India, it has grown rapidly due to the generally positive view of the Indian economy, in comparison with the slowdown elsewhere in the world. In 2015, VC funding was in the range of $9 billion dollars, which was the cumulative of all funding between 2010 to 2014. Eight Indian startups have achieved “Unicorn status” (valuation of over $1 billion dollars).

Much of this exuberance has come at the cost of thrift and good sense. While the average Indian VC has, thus far, largely restricted his investments to tried and tested models that have worked in the US, the average Indian entrepreneur has made funding - which was earlier an accessory to the business - his primary motive. The acute media focus on funding related stories has further exacerbated this and created a fool’s paradise, where the entrepreneur thinks of funding as a precondition to be successful - irrespective of whether his business model merits the capital. And the fact that VCs have sometimes promoted undeserving causes, for simple availability heuristics or survivorship bias, has spurred an entire class of people to thinks of ways and means to game the funding process. Without a reasonable assessment of success and true reporting of failures, critical self-selection in startups, where people enter for conviction and not for easy money, has been bequeathed.

Not only has the quality of entrepreneurship suffered, but so also have markets corrected adversely to adjust to new expectations. “Startup”, a word that was earlier used to negotiate down to vendors, must now be used rather cautiously in such-like conversations. In this new world, where the gears and chains in motion work towards the sole purpose of returning greater profits to limited partners, innovation naturally plays second fiddle.

Is the traditional venture capital model the right fit to solve world hunger or poverty? At this point in time, one would have to conclude that there are far easier ways to return a decent sum of money to limited partners. And because, tragically, as one begets the other, there simply isn’t a case for entrepreneurs to chase after these big problems, either. The relative providence of 2016 will pass and erstwhile heady optimism will return. The hope is that we don’t ask the same questions around the dinner table because the underlying dynamics remain the same.