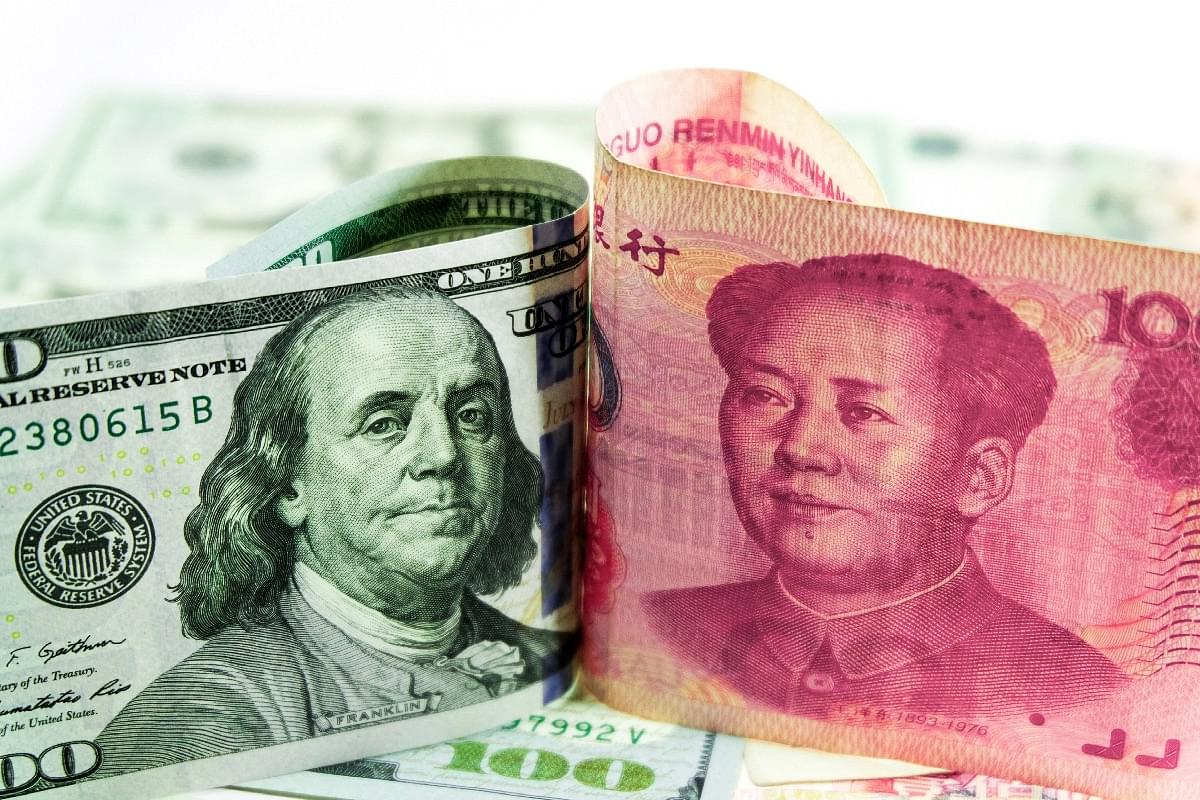 The US Dollar and the Chinese Yuan.

Beijing, Jun 28 (PTI) China's central bank has signed an agreement with Switzerland based Bank for International Settlements (BIS) as part of Beijing’s plans to establish a yuan pooling scheme starting with Indonesia, Malaysia, Hong Kong, Singapore and Chile to counter the dominance of the US dollar.

The arrangement aims to provide liquidity support for participating central banks during future periods of market volatility by creating a reserve pool, the People's Bank of China (PBOC), which signed the agreement with BIS last Saturday, said.

The establishment of the arrangement is conducive to meeting the reasonable international demand for the renminbi, and will make positive contributions to the enhancement of the regional financial safety net, the apex bank said.

The plan comes amid heightened worry in Beijing about the US dollar dominance and search by the global investors for safe harbours as the US embarked on monetary normalisation to tame high inflation, the Hong Kong-based South China Morning Post reported on Tuesday.

Each participant will contribute a minimum of 15 billion yuan (USD 2.2 billion) or the equivalent in US dollars, creating a reserve pool at the BIS, a statement from the Switzerland-based financial institution owned by central banks said.

They will also have access to additional funding through a collateralised liquidity window, which allows participating central banks to make additional borrowing using their existing holdings as collateral, the Post report said.

Lately, China’s renminbi has been used more often in trade settlements, international investment and financing, and foreign exchange transactions, more central banks have included it in their foreign exchange reserve pools, and market players have gradually displayed increased willingness to use it, state-run China Daily reported.

However, the US Federal Reserve is speeding up tightening of monetary systems and launched the process of balance sheet contractions in June.

Against this backdrop, the launch of a renminbi liquidity arrangement is of great significance to defusing potential risks, the Daily’s report said.

China has for years sought to increase global use of the yuan.

Chinese authorities took a prudent approach to yuan internationalisation in the 14th five-year plan for 2021-25, calling it a matter of market choice and a gradual process.

“The announcement shows that the Chinese central bank has been making a huge effort to promote the construction of institutional infrastructure. This could be due to the weaponisation of finance in recent years,” he told the Post.

While tension over the Hong Kong national security law triggered heated discussions over potential China-US financial decoupling in 2020, recent Western sanctions on Moscow have served as a particular wake-up call for Beijing, including the exclusion of major Russian banks from the Swift messaging system and freezing the assets of the Russian central bank.

The share of the yuan in global payments, forex transactions and reserve assets is still far behind the US dollar, but many analysts believe the Russia-Ukraine war and market turmoil following the US Federal Reserve’s aggressive rate hikes could give it a chance to catch-up.

“Sanctions have disrupted the global financial order … and they will accelerate de-dollarisation,” Citic Securities, a leading Chinese investment bank, wrote in its midyear outlook last week. Beijing’s plan for yuan internationalisation may also get a push through the Belt and Road Initiative, especially within Asia, the Post report said.

“The yuan has initially played the role of an anchor currency in Asia,” Ding Zhijie, head of the State Administration of Foreign Exchange’s (SAFE) research centre, wrote in the June issue of Modern Bankers magazine.

But the SAFE official said yuan internationalisation will be complicated and a long-term task.

“In the future we should pay more attention to economic connections and enhance regional monetary and financial cooperation,” he said.

The yuan accounted for 2.14 per cent of global payments in April, far below the 41.81 per cent commanded by the US dollar.

In terms of its proportion of global foreign exchange reserves, the yuan ranked fifth at the end of last year with a 2.79 per cent share, compared to the 58.5 per cent for the US dollar and 20.6 per cent for the euro.

The yuan’s weight in the International Monetary Fund’s special drawing rights basket will be raised to 12.28 per cent on August 1, an increase of 1.36 percentage points from the 2016 assessment, according to the Post report.